“Wait. You actually experience the gods?” This is a question I’ve had posed to me more than once, and sadly from many pagans and witches who are unsure if they’re working with spirits or their imagination. Of course I do. If I didn’t, how would I know they were real? I wouldn’t. I would just be following blind faith or be stuck in the armchair performing mental masturbation. We know the gods and the spirits are real and not merely figures of our imagination because we have a relationship with them, they speak to us and their words have meaning. We see the results of what they say, predict, and what they’re petitioned for. They visit us in dreams, in out-of-body experiences, in meditation, and through omens on the physical plane.

This is usually followed up by a question regarding how they too can experiences the gods. The answer is pretty straight forward, you build a relationship with them. However, just because it’s straight forward doesn’t mean it’s easy. Anyone in any relationship of any kind knows that relationships take work. Successful magickal development of any kind takes work. How does one develop a relationship with the gods and the spirits and the ancestors? Through communication. Communication with spirits involves opening a psychic channel of energy. This channel is receptive and projective. The receptive aspect of this channel is called meditation. It’s the ability to shut up and listen. The projective aspect of this channel is called prayer. In my opinion these are the two cornerstones of magick.

When we begin learning witchcraft we often are taught the comparison between prayers and spells. Though I do believe that spells are a form of prayer, not all prayers are spells. Spells have a focus upon a result. They are formal petitions of the powers. Prayer is usually more intimate, more personal, and less formal. Prayer is expressed in many forms; thoughts, words, movement, art, and singing. In the most boiled down definition, I would define prayer as meaningful conversation. As a witch with animist leanings, I actually pray a lot. I pray to my gods, my spirits, my ancestors, the trees, the rocks, the rivers, the sky, Source itself, and so on.

Many people have a hard time with prayer and a strong aversion towards it. This is most often due to past indoctrination of prior religions, and how these religions may frame the idea of prayer. Prayer isn’t about prostrating in submission. Prayer isn’t about saying flattering words of praise that you don’t feel or believe just to satisfy or appease a spirit so that we do not receive their anger or to manipulate them into fulfilling our desires. That isn’t a healthy relationship, that is abuse. Rather, prayer is about communion. Communion is the sharing or exchanging of intimate thoughts and feelings, particularly on the emotional an spiritual level. This is how you begin, build, and feed any relationship – whether it’s with other humans or with the spirits. The key to successful prayer is meaning and feeling what you’re saying. Scott Cunningham frames this really well:

“Effective prayer consists of more than words, for when prayers are made in the correct state, with pure, unadulterated emotion, we release energy with our words and direct it…”
– Scott Cunningham
Living Wicca: A Further Guide for the Solitary Practitioner

In my view, the gods and the spirits are not omniscient. They are also not here just to serve us. They aren’t just correspondences to call upon. They have their own experiences, goals, desires, and focus. It is through prayer that we gain their attention, build a relationship, and come to know them. It is through relationships that we successfully partner with them.  Through meditation, we learn to hear and experience them more clearly. Any healthy relationship is a two way street based on reciprocity. We give offerings as a form of prayer as thanks or to show our gratitude and care, just as we give gifts to those we love. In return, the spirits give to us to show their gratitude and care. But why give offerings instead of just praying with intent? Ceisiwr Serith gives an awesome answer to this:

“In part it’s because there is no sharp line to be drawn between the material and the spiritual. By demanding material offerings, the gods remind us that the material is sacred too. Offering material gifts also ensures sincerity. Anyone can give words, and anyone can pretend sincerity, but to give something valuable that we own shows we care for the gods at least as much as for our material possessions. When we make offerings, we take part in the way of nature. For, just as there is a mystery in the natural order of eating and being eaten, so too there is a mystery in the natural dynamic of giving and receiving gifts—not in the sense of “you wash my hands and I’ll wash yours,” but rather, the same hands that reach out to give also reach out to receive.” 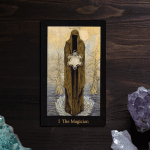 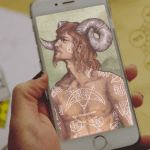