There are many great podcasts out there. Some I’ve had the honor of being on myself. Tempest has written some great posts Audio Inspiration For Witches and More Witchery For Your Ears which are full of excellent podcast suggestions, most of which I agree with. The four podcasts I seem to listen to the most often (which are also self-hosted instead of say blog talk radio and such sites) because they’re such high quality are Modern Witch Podcast, Down at the Crossroads, Weird Web Radio, and Occult of Personality. But then there are some occult podcast I really, really, want to like. They have amazing guests and fascinating subjects, so you’d think I’d love them, but I find myself feeling really disappointed. There’s always a few problems that can make some of these podcasts excruciating to listen to. I’m sure running a podcast is harder than it looks, but I’ve boiled it down to the things that ruin potentially amazing podcasts for me as a listener.

1 – When the interviewer insists on flaunting their knowledge of a subject instead of allowing the guest to discuss the subject they were invited on the show to discuss.
2 – When the interviewer has no knowledge of the guest or their work. This is sort of the opposite spectrum of number one. There’s no excuse to not know who you’re interviewing in the age of information. Even if for some reason you haven’t read their books, there’s always google. Research who you’re presenting.
3 – The host is boring as hell. There are some interviewers that I completely space out while listening to, because they don’t sound excited or engaged with the interviewee or the conversation. You probably shouldn’t have a podcast if you don’t know how to hold a stimulating conversation. If you speak in monotone there’s a strong chance the listeners are going to zone out. I’ve even heard podcasts where the guest begins zoning out themselves.
4 – The interviewer is locked into their mindset, beliefs, or position. This turns podcasts into a one way conversation, where the host rather argue their point than listen to the guest and possibly learn a different perspective. This is the equivalent of people who aren’t listening in a conversation but rather waiting to speak their point. That’s not a conversation.
5 – The interviewer who wants to go on and on about themselves, taking up most of the time of the interview.
6 – Hosts that don’t promote the works of the interviewee. I’ve listened to several podcasts and was shocked when the host never mentioned the interviewees books, works, or projects. Authors in particular tend to be introverted people despite a persona that they’re displaying. Being interviewed (especially live) is extremely intimidating. The main reason they tend to agree to be interviewed is because they’re on there to promote their work.
7 – The interviewer doesn’t know how to lead a conversation with comfort. One of the things that makes or breaks a lot of podcasts is how much control the interviewer has and their ability to make the guest comfortable. A good interviewer knows how to ask questions, how to make the guest feel relaxed instead of nervous, what to do when there’s pauses, how to move on at the right time to the next question if the guest is going on too long.

8 – They have the guests introduce themselves instead of introducing them for everyone else. This puts the interviewee in a strange position. Anyone who has written a bio for themselves knows how excruciating that is. When in this position the guest usually either downplays who they are and what they’ve done out of being humble or they end up sounding like they’re bragging and full of themselves. Whenever I hear a host ask the guest to tell an audience who they are I always cringe. That’s the hosts job, not the interviewee.

9 – They have multiple guests on, speaking at the same time. The guests don’t know when to speak and when not to speak. Questions aren’t directed at one person specifically. The guests start talking over each other, interrupting, and playing an awkward game of apologizing to one another because the interviewer once again isn’t leading the conversation well.

10 – The interviewer is disrespectful to the guest. This ties back to number four in some ways. But there are several times I’ve listened to podcasts where the interviewer makes off hand remarks about the guest’s traditions, practices, books, publishers, friends, peers, or works. This one absolutely baffles me, but it happens way more than I would have expected.

11 – Too much music. Music in a podcast can be really nice. But sometimes it’s just too much. I find myself wanting to fast-forward through a big chunk of music to get back to the interview. Not all podcasts have the option to fast-forward. Also when a podcast is over an hour long it can be difficult to navigate when the music starts or stops with precision. I think there’s a balance here that’s probably hard to maintain when it comes to music and interview and some do a great job with it. 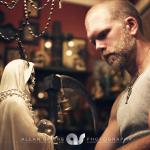 January 20, 2018
Devotion To The Most Holy Death
Next Post 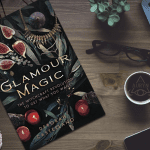