One of my favorite Christopher Penczak quotes is from his fantastic book, The Witch’s Shield. In it he writes, “The only way to truly be protected at all times is to claim your personal power with the highest code of ethics and responsibility. If you are centered in this type of power, the power of the universe supports you, and no one and nothing can defeat you.” I have quoted this in more than one workshop and feel that it’s the heart of magickal protection.

It’s important to take responsibility for our own thoughts, emotions, and actions instead of constantly pointing the finger at others. Oftentimes, we are our own worse enemies and I have seen plenty of people fall into a paranoia that someone was working negative magick on them when they were just essentially cursing themselves. By ensuring that we live lives of integrity and ethics, we are lessening our chance of accumulating and perpetuating drama and unbalanced energies into our lives. As I wrote in the Consequences of Continual Cursing, in my own observations, those who are quick to curse others soon find themselves stuck in a cycle of constantly needing to curse others as drama and unbalanced magickal practitioners begin entering their lives.

This doesn’t mean we shouldn’t focus on our protection. While in an ideal world we wouldn’t have to. Unfortunately, we really do. Sometimes we do need to defend and ignoring protection is straight up foolish. Being a good driver doesn’t mean you shouldn’t wear a seatbelt. Here are thirteen basic practices for magickal protection. 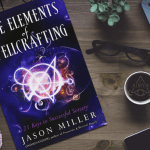 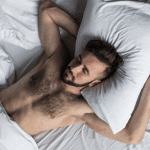