Remembering dreams can be difficult enough for some. Even when we remember them, they don’t always seem to make any sense. This is particularly frustrating when the dreams are reoccurring. Whether dreams come from the gods, the spirits, the Higher Self, the collective unconscious, the subconscious, or all of the above – the idea that dreams have meanings is pretty universal. But what do they mean? Dream dictionaries often leave us with little clarity. The obvious flaw is that they are often based on that idea that every single person’s set of symbols and what they mean to them is the same. So how can we learn what our dreams mean? Simple. By engaging them directly and asking them.

Carl Jung, the Swiss psychologist who had a major impact on Western spirituality and occultism was particularly fascinated with dreams. As such he spent much of his life exploring the nature of dreams. One of the practices he had was called “Active Imagination”. This practice was essentially getting into a meditative state and summoning characters within one’s dream and asking them what their purpose was, what were they trying to show the dreamer and what insight could be gained by their presence within the dream. The key here was for the person engaging active imagination to be passive in regards to what would come to them instead of trying to force the experience in one way or another and to observe the changes that would occur through posing questions to the figures in the meditation.

Active Imagination is what we might call the Alpha state of consciousness in which psychic ability also occurs. This concept of interacting with one’s imagination to gain psychic and psychological clarity is not purely unique to Carl Jung. In the Sufi traditions, they have a very similar concept called ālam al-khiyāl, which is the world of imagination, which they believe, can be accessed through active imagination. The first-century Persian philosopher Avicenna wrote that through the meditative contemplation and active imagination one comes into a frequency shared with divine beings that share this space. Accessing this state of “non-spatial fabric” allows one to bridge the cognitive realms and the higher spiritual realms.

The process of Active Imagination is pretty simple. Simply put yourself into a deep meditative state and begin to conjure up the dream in question with particular attention to the emotional feeling that the dream invoked. Spend a period of time in observance, noticing anything that you may have missed or that may be presenting itself differently. Now simply begin asking the characters in your dream who they are, what they might represent and what they’re trying to convey to you. 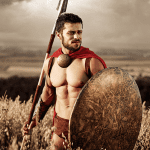 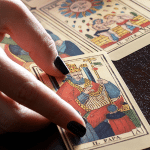 February 6, 2018 The Christian Church's Influence on the Tarot Trumps
Recent Comments
0 | Leave a Comment
"This makes me love jack-o-lanterns even more."
Anonymous Jack-O’-Lanterns and the Devil
Browse Our Archives
Related posts from For Puck's Sake