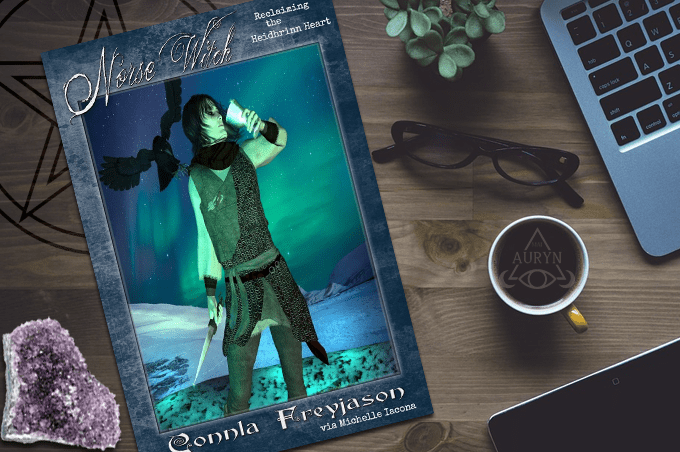 Norse Witch: Reclaiming the Heidhrinn Heart by Connla Freyjason is a channeled book on Heathenry through Michelle Iacona. Before I begin my review, I would like to give two disclaimers, first and foremost I am not a Heathen and don’t really work with elements of the Nordic traditions that much, so I’m not an expert on this topic. Secondly, Michelle Iacona is an acquaintance whom I know from various local pagan social circles around here, but was not asked to review this book. I will be completely honest in saying that if I didn’t know the author, I probably would not have any personal draw or interest in buying this book to read as I’m not Heathen and I wasn’t sure what to expect when I started the book. That being said, I am glad I read it. As for the validity of the spirit named Connla, I am usually skeptical when it comes to claims of channeled work, however, interestingly enough I had picked up on him in a psychic reading I gave to someone close to Michelle before I was ever told about him. So I will vouch for the validity of the existence of this spirit.

The book felt like a breath of fresh air in regards to other books on Heathenry. It jumps right into the topic of racism right off the bat, denouncing the racism that has crept into some Heathen circles as a “bastardization” of Norse traditions. Norse Witch has a strong focus on making heathenry something that is experiential, and not getting hung up on or discouraged by those who say that you’re practicing wrong (aside from the racists which the author writes “are the only ones who are actually “doing it wrong”.) I found the book to be a great introduction into Heathenry with an emphasis on personal connection, experiences, and gnosis without denying what is historically recorded in the lore – but also not putting blinders to anything that isn’t in the recorded lore.

Norse Witch is a book written with passion, intelligence, and wisdom. It not only contains the basics of Heathen cosmology but shows how one can develop their own personal practice and connection with the Norse deities. If you’re interested in Heathenry but tired of the dogma, racism, or the armchair snobbery that can be found in some of these circles and wants something with a strong devotional and magickal perspective – this is definitely a book for you. 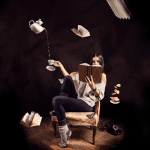 May 20, 2018
Beginner Books Recommended By Faery/Feri Witches
Next Post 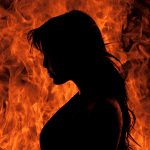 May 24, 2018 Hekate: Queen of Sorcery
Recent Comments
0 | Leave a Comment
"This makes me love jack-o-lanterns even more."
Anonymous Jack-O’-Lanterns and the Devil
Browse Our Archives
Related posts from For Puck's Sake