The last time I interviewed you I had just began the Sorcery of Hekate Course. So I’m coming at this from a different perspective. The class is strongly rooted in history and historical practices but also incorporates a lot of your own personal gnosis. What type of checks and balances do you have to ensure that your personal gnosis is revelation and not a construct of your own mind?

The single biggest indicator that a spirit contact is authentic and not fantasy is the frequency at which they tell you things like “No”, “You’re wrong”, or give information that is corroborated by outside events. One of the reasons it took 15 years for this teaching to actually be taught is that Hekate and spirits in her retinue keep correcting my misunderstandings. There are also several ways that revelation resonates with historical practice. I don’t ever attempt to make revelation conform to any historical period the way some reconstructionists do, and I do not interpret history to fit my revelations like some Theosophists have done, but I like it when revelation shows a connection to history. There should be a thread from the past to the present and into the future.

One of the earliest “Ah-ha” moments from when I started receiving this was the emergence of the guardians that I wrote about in Protection and Reversal Magic. I was skeptical because they seemed to come from no-where, but a friend pointed out to a tetradic form of Hekate in a passage in the Chaldean Oracles whose heads matched the heads of these four guardians exactly. It was not a reconstruction of the past, but it was a clear and unmistakable thread connecting this arcana to history.

The final test of course is whether the magic works on achieving the ends it is set to, and whether the students experience the type of expansion and depth of spirit that is promised.

Do you need to be a devotee of Hekate for this course? Is there a worship aspect to it? Does one need a relationship with other deities besides her or can they work with Hekate exclusively in the course?

No need to be a Hekate devotee. When this started I was living in Nepal studying Buddhist Tantra and made no promises of fealty or worship of any kind. I still maintain practices from multiple traditions. I suppose if you consider any practice related to a diety to be worship, than yes it is worship, but what this arcana teaches is not based on belief and does not reward faith or devotion in ways we commonly think about them. It is spiritual for sure, but it is encounter which is then built upon to create a structure that, in the end, functions like a magical machine.

One of the messages that got repeated through the arcana is that “The only worship fitting is to become as I am.”

How does this course differ from your other courses, such as the Strategic Sorcery Course?

Sorcery of Hekate is by far the most intense and structured course I teach. If you are looking for a very cohesive system of magic that will reward the significant effort it demands, I think this is it.

Strategic Sorcery is a more general course in magic, and is delivered in weekly e-mails rather than audio lessons and Q&A sessions.

One of the central practices deals with the repetition of the mantra “Io Heka Io Ho” a hundred times a day. Some may think it’s strange to incorporate an Eastern practice like mantras into the devotion of a Western deity. How did the mantra come about and why is the recitation of this mantra important to the arcana?

While chanting is not an eastern practice, some of what we do with the mantra in this arcana has direct links to the way mantras are worked in Tantra. This was one of the reasons she appeared to me when she did. The spinning of mantra is an enormous source of power and links the practitioner to the source of the mantra in a very tangible way. It is a technology that is under explored in magic overall. Hekate taught me the Io Heka Mantra which seems to have caught on even beyond my courses, but as you know there are secrets to how the mantra spins and also other mantras in the arcana.

The daily minimum of chanting keeps the thread of practice alive from one day to the next so that even if someone doesn’t do a full ritual for a few days, the progress and connection are not lost. This thread is vital to the kind of cumulative progressive result we are seeking.

As for the west/east divide I think people make too much of it overall. Where is the diving line? Turkey? India? You had Greco-Buddhism start to be established in the time of Alexander, and the last Manichean temple survived in China. People talk about things that are “suitable for Easterners” like they are an alien species when they are as interested in technology, business, and complexity as we are. The whole division is false.

Should students have any particular background in magick before they begin the course?

None if necessary. People that come in cold may have some basic ideas of magic to learn fast by jumping the in deep end of the pool, but people that have a background in magic orpaganism might have some habits that they need to unlearn in this course. A lot of people who have “been there done that” get very upset when they find out that this course is a very different game.

Who would benefit the most from this course? What should someone be seeking when entering it?

Anyone seeking a practice that is worth committing time, effort, and resources to is good for this course. Results make it worthwhile, both spiritual development and practical results from sorcery. If that’s your interest, this is a good place to be.

A lot of people comment that they can’t or won’t take the course because of its cost. Why do you charge what you do for the course?

A lot of factors went in to figuring out the cost. I looked at what Buddhist Lamas were charging for programs, because that is probably the closest analogy to what we are doing. I backed the price down from that. I also looked at professional training and self help programs and backed the price down from that. I consulted with Hekate and the powers surrounding the course, that definitely wanted people to have skin in the game, and of course I also looked at my own time and what it is worth. I am a professional and charge what I consider a very reasonable rate: what amounts to $25 dollars a week.

Having looked at models like Churches, Magical Orders, and donations and such, I settled on straight business as the fairest and most straightforward method that I could support my family and provide people with the teachings that they ask for. No hoops, no guru-disciple nonsense, no degrees: just a straight deal: This is what I am teaching and this is what it costs.

There are some scholarships and half-price slots every cycle, but for the most part it is not as big a financial commitment as people make it out to be. Several Hundred people have now taken the course.

Has the course changed or grown since it’s inception? Is Hekate still relaying new aspects of the arcana to you? Also, are you going to release any other Hekate focused books aside from Protection & Reversal Magick?

The course hasn’t changed since I released it, but that is because it was received, tested, and re-tested over 15 years before releasing it. There is still ongoing revelation and there is now a Society of Alumni that have taken the course and its 6 month follow up (total of 13 months). More recent material will be taught in that group and made available as it comes.

What is the biggest piece of advice you’d give someone seeking to build a relationship with Hekate whether they take your course or not?

Do not neglect history but do not fetishize it either. Use what we know of ancient practices (and like all history, we only know a bit) to anchor yourself, then seek direct contact. Hekate changed drastically in her ancient and classical roles, and remains an evolving force.

When you do get communications, maintain some skepticism of your own gnosis. Test it. Are you being told something useful? Something you didn’t know? Are you ever told no? Go for deepening your connection, nut settling for frequent but shallow experiences that do not mean much.

Any new books or courses you’ve been working on? Anything on the horizon?

My new book Elements of Spellcrafting just came out, so I am taking a short break before signing another book contract. I am working on some courses related to Tantra and also a beginners intro to Sorcery called “Your First 30 Days of Sorcery” that will be taught in 30 e-mails received one a day.

A Helios-Hekate Spell for Success

Jason Miller shares a spell for any solar related desire such as fame, wealth, power, inspiration, clarity, success. The spell is in a format compatible with the Sorcery of Hekate course and is influenced by the workings in the Greek Magical Papyri. This is available for Patreon supporters with the tier “In The Know Jackalope” and higher. 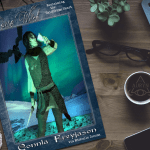 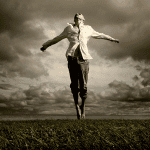 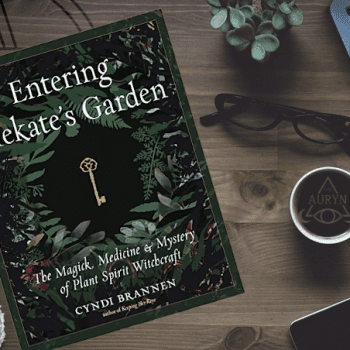 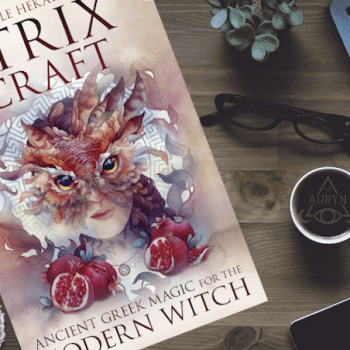