I was told by someone that they were having trouble finding good books on Yule and the Winter Solstice, while another person messaged me to ask for some recommendations on books on the Krampus and other folklore. I also thought it would be easier to make a public “recommended reading” for the holiday season. So here are ten fantastic books on both celebrating the Winter Solstice, as well as learning about the origins, myths, and folklore of the seasonal celebration. Instead of going in depth with each book, I’m simply providing the synopsis provided by the publisher. Each book is listed alphabetically by title. 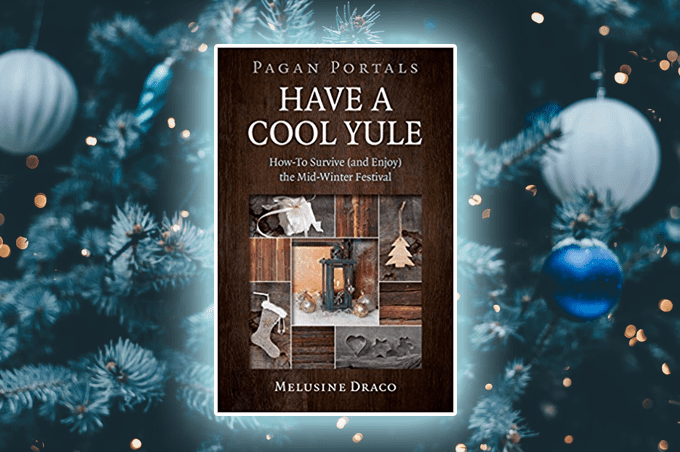 Have a Cool Yule: How-To Survive (and Enjoy) the Mid-Winter Festival by Melusine Draco

For the entire Pagan community Christmas should be one of the most sacred times of the year, but the lack of any formal written liturgy has consigned the festival to a minor observance in the Pagan calendar. Have a Cool Yule demonstrates that history proves the festival to be a wholly Pagan event, worthy of being acknowledged as one of the Great Festivals along with Beltaine and Samhain. With all the different strands of Pagan custom brought to the hearth-fire of the Mid-Winter Festival, we all have something to celebrate in time-honoured fashion, whether our ancestors are Briton, Celt, Norse or Anglo-Saxon. 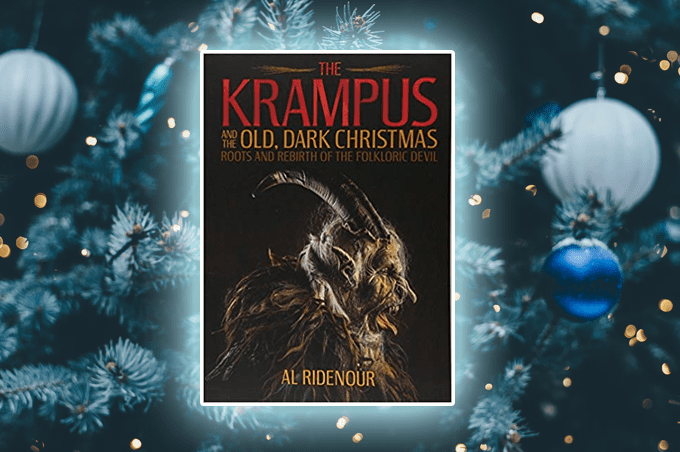 The Krampus and the Old, Dark Christmas: Roots and Rebirth of the Folkloric Devil by Al Ridenour

With the appearance of the demonic Christmas character Krampus in contemporary Hollywood movies, television shows, advertisements, and greeting cards, medieval folklore has now been revisited in American culture. Krampus-related events and parades occur both in North America and Europe, and they are an ever-growing phenomenon.

Though the Krampus figure has once again become iconic, not much can be found about its history and meaning, thus calling for a book like Al Ridenour’s The Krampus: Roots and Rebirth of the Folkloric Devil. With Krampus’s wild, graphic history, Feral House has hired the awarded designer Sean Tejaratchi to take on Ridenour’s book about this ever-so-curious figure. 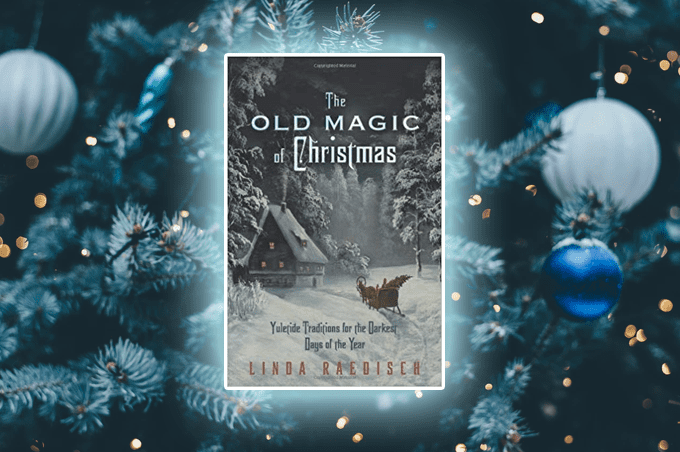 The Old Magic of Christmas: Yuletide Traditions for the Darkest Days of the Year by Linda Raedisch

Not so very long ago, Yuletide was as much a chilling season of ghosts and witches as it was a festival of goodwill. In The Old Magic of Christmas, you’ll rub elbows with veiled spirits, learn the true perils of elves, and discover a bestiary of enchanted creatures. Rife with the more frightful characters from folklore and the season’s most petulant ghosts, this book takes you on a spooky sleigh ride from the silvered firs of a winter forest to the mirrored halls of the Snow Queen. Along the way, you’ll discover how to bring the festivities into your home with cookie recipes and craft instructions, as well as tips for delving more deeply into your relationship with the unseen. 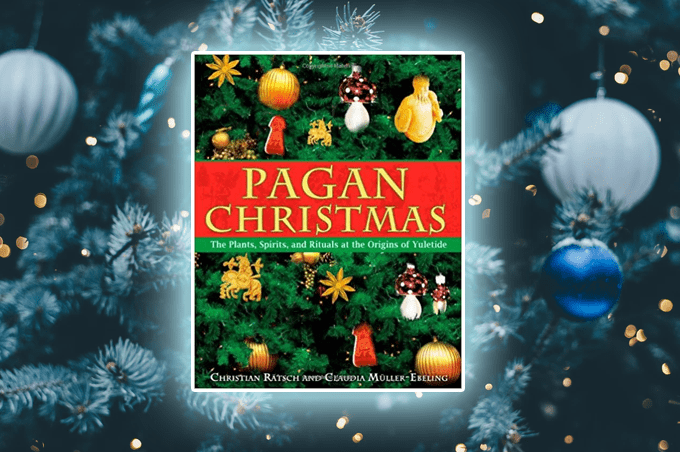 Pagan Christmas: The Plants, Spirits, and Rituals at the Origins of Yuletide by Christian Rätsch & Claudia Müller-Ebeling

Christian Rätsch and Claudia Müller-Ebeling show how the ancient meaning of the botanical elements of Christmas provides a unique view of the religion that existed in Europe before the introduction of Christianity. The fir tree was originally revered as the sacred World Tree in northern Europe. When the church was unable to drive the tree cult out of people’s consciousness, it incorporated the fir tree by dedicating it to the Christ child. Father Christmas in his red-and-white suit, who flies through the sky in a sleigh drawn by reindeer, has his mythological roots in the shamanic reindeer-herding tribes of arctic Europe and Siberia. These northern shamans used the hallucinogenic fly agaric mushroom, which is red and white, to make their soul flights to the other world. Apples, which figure heavily in Christmas baking, are symbols of the sun god Apollo, so they find a natural place at winter solstice celebrations of the return of the sun. In fact, the authors contend that the emphasis of Christmas on green plants and the promise of the return of life in the dead of winter is just an adaptation of the pagan winter solstice celebration. 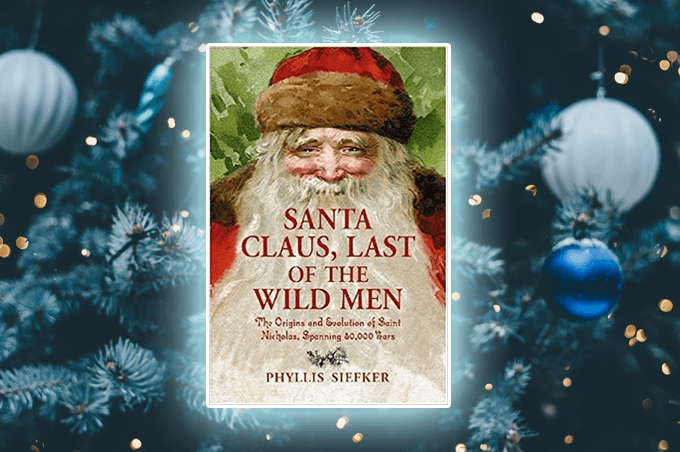 Santa Claus, Last of the Wild Men: The Origins and Evolution of Saint Nicholas, Spanning 50,000 Years by Phyllis Siefker

Much of the modern-day vision of Santa Claus is owed to the Clement Moore poem “The Night Before Christmas.” His description of Saint Nicholas personified the “jolly old elf” known to millions of children throughout the world. However, far from being the offshoot of Saint Nicholas of Turkey, Santa Claus is the last of a longline of what scholars call Wild Men who were worshipped in ancient European fertility rites and came to America through Pennsylvania’s Germans. This pagan creature is described from prehistoric times through his various forms “Robin Hood, The Fool, Harlequin, Satan and Robin Goodfellow”into today’s carnival and Christmas scenes. In this thoroughly researched work, the origins of Santa Claus are found to stretch back over 50,000 years, jolting the foundation of Christian myths about the jolly old elf. 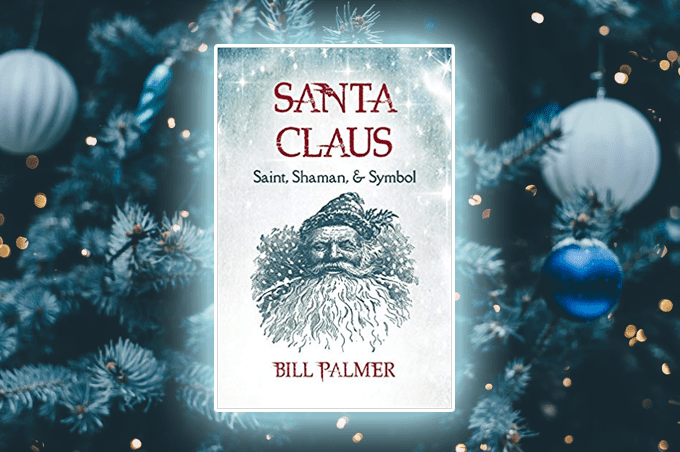 If you don’t believe in Santa, you might want to reconsider. The familiar fellow dressed in red has been around a lot longer than the malls’ Santa, longer than Rudolph, longer even than “The Night Before Christmas.” His earliest and most ancient forms brought hope and cheer to generation after generation of humankind—and he still has a message for us today. In the midst of the materialism of the modern holiday, Santa offers us a bridge between the physical, secular world and the spiritual, sacred realm. He calls us to remember the power of love to bring hope, even in the midst of cold and dark. Discover his history and evolution, from Ice Age shaman to medieval saint to modern-day icon. Get to know Santa—and believe all over again. 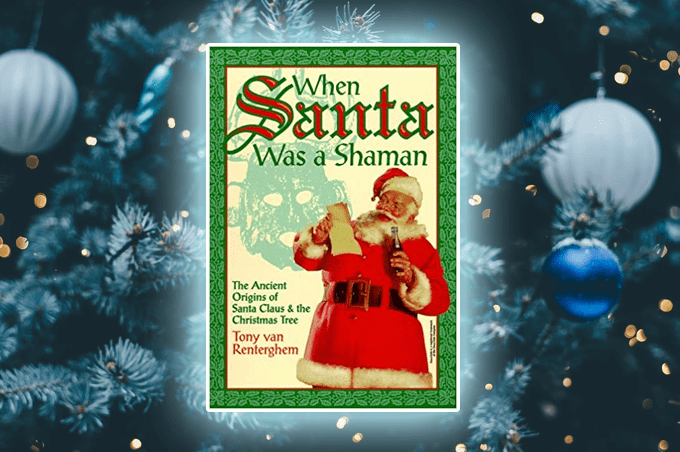 When Santa Was A Shaman: Ancient Origins of Santa Claus & the Christmas Tree by Tony van Renterghem

This work explores the origins of Santa Claus, going back to prehistoric times and man’s earliest concepts of religion. It analyzes how ancient myths from countries as diverse as Britain, Russia, Scandinavia, Spain and Africa were adapted, sanitized and commercialized in modern times by America. About the Author Tony van Renterghem (Netherlands) works as a semi-retired writer, researcher and consultant. He was born in Amsterdam and served in the Resistance during World War II, was condemned to death by the Nazis and escaped. For 30 years he worked in the movie industry, where he was technical advisor on such films as “The Diary of Anne Frank” and “The Greatest Story Ever Told.” 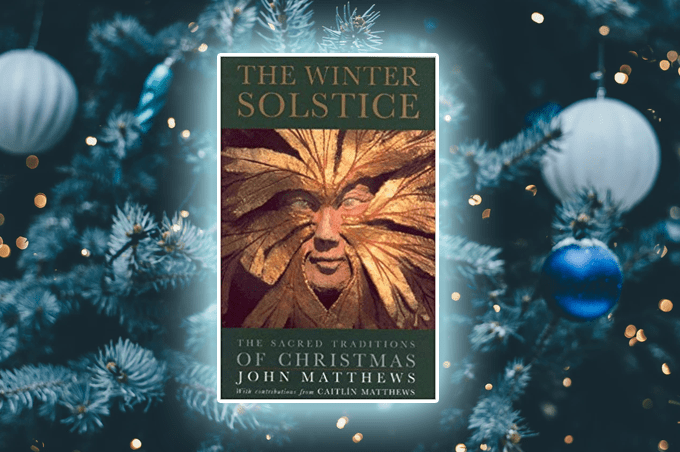 The Winter Solstice: The Sacred Traditions of Christmas by John Matthews & Caitlin Matthews

Many people long for an alternative to the commercial industry Christmas has become. This illustrated, full-color book, brimming with folklore, stories, recipes, games, activities, decorating ideas, and songs, will help families who are burned out on Christmas create celebrations more in keeping with the heartful spirit of the original Winter Solstice festivals. 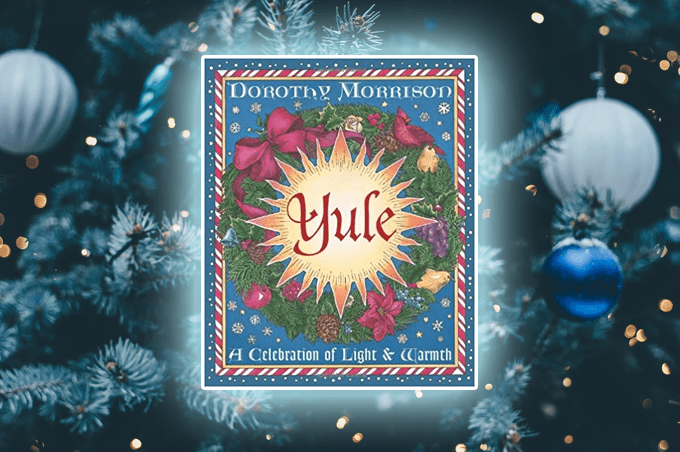 Yule: A Celebration of Light and Warmth by Dorothy Morrison

In the pages of Yule, Dorothy Morrison presents a wonderful potpourri of holiday lore from around the world and throughout history, along with fun crafts, delicious recipe seven a calendar of celebrations for every day in December. Learn where the traditions of the season originated―for instance, did you know that the ringing of bells was meant to drive away the demons who inhabited the darkest days of the year? That leaving cookies for Santa mirrors the old tradition of leaving a loaf of bread on the table overnight to bring prosperity in the new year? That the Yule log can be traced back to the ancient Greeks?

Need a recipe for wassail or plum pudding? Tips for your holiday party? Want to make the season special by making your own decorative crafts and gifts? That’s just a sampling of what’s inside. Best of all, Yule shows that the spirit of the season is universal and, however we chose to celebrate and worship, we can all join together in the spirit of peace, love, and harmony at this special time of year. 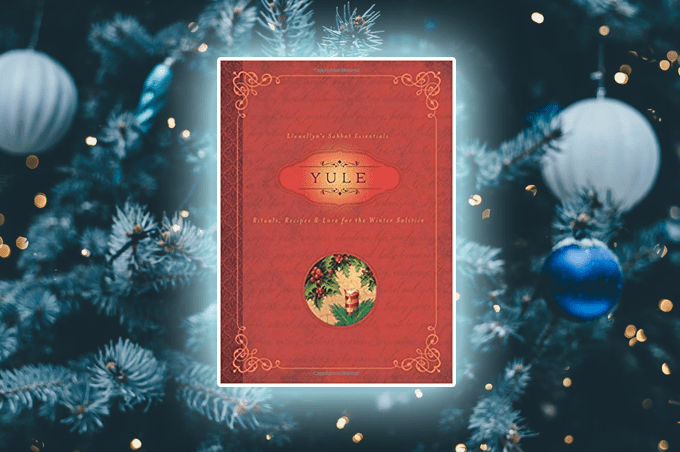 Yule―also known as the Winter Solstice―is celebrated when nighttime has reached its maximum length, and there is a promise of brighter days to come as candles are lit and feasts are enjoyed. This guide shows you how to perform rituals and work magic with the energy of rebirth and renewal that comes with the return of the light. 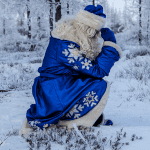 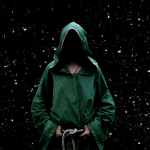 December 18, 2018 Our Pagan War On Christmas
Recent Comments
0 | Leave a Comment
"This makes me love jack-o-lanterns even more."
Anonymous Jack-O’-Lanterns and the Devil
Browse Our Archives
Related posts from For Puck's Sake