The tradition of the Yule Goat (or Yule Buck) differs slightly from region to region. He is known by many names. Most commonly you will still see him today as straw decorations, sometimes large and independent, sometimes as an ornament on the Yule or Christmas Tree. In modern day Norway and Sweden it is a custom to hide a small straw Yule Goat in a friend, family member, or neighbor’s house – who must in turn hide it in another’s house upon discovery.

The Yule Goat has an ancient history. While associated with Thor, the Yule Goat is the remnant of a Proto-Indo-European deity that predates the Norse pantheon. In Norway he is Julebukk, in Findland he is Joulupukki, and in Sweden he was known as Julsven and then later Julbock. Sometimes he’s depicted as a bearded figure, sometimes a goat, and other times a variation of a mix of the two. It is believed that the Yule Goat’s origins are that of the Bukka or Bucca, a horned deity spirit related to the Baltic ‘puk’, Irish concept of the ‘pooka’, and the English “Puck”. Pertaining the Bucca, Gemma Gary writes:

“We find traditional names for the Goat-God in Britain that seem to have a common derivation, such as Bwca, Pwca, Pouca, and Puck, the latter still being used in parts of Ireland to refer to a goat. Abroad we find examples; along the northern border of Italy, witches acknowledge a nature spirit in the form of a great red goat with a white spot betwixt the horns, possibly representing the light of ‘all wisdom’. The names for this spirit are given variously as Bec, Becco, Bouc, Boucan and Buc. In Sweden we have the intriguingly named Bukkerwise, a mummer’s play featuring the dying and resurrecting Goat-God, married to the Queen of May.”
– Gemma Gary
Traditional Witchcraft: A Cornish Book of Ways

The Yule Goat was naturally transformed by Christians when Yule transitioned to Christmas. Some cultures softened his image and turned him into the “Christmas Goat” of Father Christmas. Others demonized him, believing he was an incarnation of the devil. Indeed this Goat is a historical current of the Horned God and Witch Father, so it only makes sense that this spirit be transformed or rejected by the Christians. Pertaining the later Christianized demonization of the Yule Goat, Paul Hawkins writes:

“There was a story where a girl danced at midnight with a straw Yule Goat, only to suddenly find that the goat had somehow changed form and she was literally dancing with the Devil. There was a man who dressed up as a traditional pagan Yule Goat and found himself immediately spirited away by an angry Beelzebub, furious that somebody had dared to impersonate him. In Finland, the Yule Goat became a terrifying figure who would appear just before the festive period, demanding gifts of tribute and punishing (and sometimes eating) naughty children.”

The Yule Goat was associated with the fertility mysteries. Some of these mysteries are older than both Yule and Christmas and relate to an ancient Finnish Harvest Festival called Kerki around September and November. The festival was in honor of the god Kerki, who was often depicted as a goat called the Kerkipukki. During this celebration it was customary to throw a feast where everyone would get drunk. A crucial aspect to this feast was to remain standing so that the crops would be bountiful the next year. If people passed out or fell, it would curse the crops to wither or be infertile.

A man dressed in horns and fur would aspect the Kerkipukki in a ceremonial parade during the night, going home to home to ask for and receive alcohol and food offerings. During Kerkipukki the ancestors were honored, and we see the Pagan themes of mysteries of ale and bread: the cycles of birth, life, death, and miraculous transformation. The Kerkipukki would also make requests for women to sit on his lap, most likely more fertility symbolism of the union between deity and human – and possibly a modern day origin of sitting on Santa’s lap.

Along with the Kerkipukki was the Nuutpukki, his darker counterpart. He would arrive in early January to receive offerings of the Yule leftovers on the festival named Nuut, later known as St. Knut’s Day. This time a horde of young people would dress up like goats and instead of asking for offerings, they would demand them. This would often turn into a riotous pillage and a tradition arose where the Kerkipukki would reward the well behaved children with sweets and lash naughty children with birch switches. Here we begin seeing some of the roots of the later Krampus. These traditions with time naturally survived into later Christian traditions.

“Even if you couldn’t see him, it was expected that the Yule Buck would enter the house at some point on Christmas Eve. So as not to disappoint him, Norwegian children left a shoe-full of barley grains for him under the bed. In the area of Elverum in southeastern Norway, he was believed to spend Christmas Eve prognosticating under the dinner table. He was always gone by Christmas morning, but if he left a few plump grains behind in his place, it was a sign of a good harvest to come. Having discharged his gift-giving duties, the Yule Buck then disappeared, popping up again at Epiphany (January 6) in Norway and Denmark to trot along behind the Star Boys as they paraded through the streets singing carols and holding a paper lantern aloft to represent the Star of Bethlehem. The very latest you could expect to run into a Yule Buck was St. Knut’s Day (January 13), when he came knocking once more. The “Knut Buck,” or Nuuttipukki as he was called in Finland, might have looked like a goat, but he drank like a man, and you had better give him as much beer as he wanted if you hoped to prosper in the new year. Before you decide that the straw Julbock you brought home from the Christmas.”

– Linda Raedisch
The Old Magic of Christmas: Yuletide Traditions for the Darkest Days of the Year 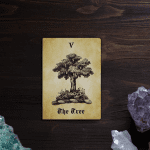 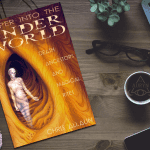 December 1, 2017 Review: Deeper Into The Underworld
Recent Comments
0 | Leave a Comment
Browse Our Archives
get the latest updates from
For Puck's Sake
and the Patheos
Pagan
Channel
POPULAR AT PATHEOS Pagan
1

Connecting to Gods for Whom There...
John Beckett
Related posts from For Puck's Sake

Pagan
Review: Do I Have To Wear Black?
For Puck’s Sake
TRENDING AT PATHEOS Pagan