The other day when I posted my article about St. Lucia, a friend contacted me to tell me that it helped them to understand a part of the Chilling Adventures of Sabrina holiday special. In the episode (without trying to spoil too much) a character states, “The saint Lucia took my right hand, the demon Lucy took my left. I wear their crown on the longest of nights.” So being a fan of the show already, this just made me want to watch the holiday special more. So I did and to my surprise it features Grýla and The Yule Lads, though the script strays very far from her real folklore (remember: it’s a fictional show for entertainment, not a documentary on witchcraft or folklore).

Unlike her depiction in Chilling Adventures of Sabrina, Grýla isn’t depicted as a beautiful woman who wears dark eyeshadow, wine red lipstick and dark contour. Grýla, like your average troll, has an appetite for misbehaving children. She’s often depicted with several tails, horns, a beard, and a hag-like appearance. In other words, she’s appealing enough by troll standards to put a ring on it.

However, Grýla hasn’t had the best luck when it comes to love. She’s been married three times, with the ogre Leppalúði being her most recent bae. However, even this relationship isn’t a bed of roses, as Leppalúði was caught having an affair with their maid Lúpa and a son named Skröggur was born to her outside of sanctimony of troll wedlock. Grýla, of course, was outraged and drove both Lúpa and Skröggur away. I’m hoping that Grýla and Leppalúði are in couples therapy and working it out and healing their relationship. I wonder what troll child-support entails?

Grýla spends the year as a hermit up in her cave in the mountains and comes down once a year during the Yule season to hunt for misbehaving children to place in her cauldron stew. The stew of misbehaving children is said to be her favorite dish which she is gluttonous for. Despite their rocky past, Grýla and Leppalúði hunt together and Leppalúði places children in his sack to take back to their cave for Grýla where she goes all Betty Crocker on those terrible kids. Similar to modern ideas of Santa Claus, she has the ability to watch children year round, looking for the naughty ones, so she keeps a keen eye out for “fresh ingredients” for her seasonal stew. I suppose your hobbies are limited when you’re living in a cave year round with a husband with a wandering eye and over 20 mouths to feed. Though this may explain why she’s had so many kids, there’s probably not much else to do for recreation.

Out of all her children (which is about 20 or so depending on region and folktale), she has 12 famous children named the Yule lads who are depicted less like children or trolls and more like tomtes or nisses. Though Grýla spends most of her time in ragged clothing, her house pet, the fashion snob Yule Cat, apparently takes out his displaced frustration of her lack of fashion sense by devouring those who aren’t wearing new threads when he comes down to hunt during Yule. Apparently, humans are not only a part of a troll’s balanced diet but also their pets.

Valgerður H.Bjarnadóttir who has a masters degree in feminist cultural and religious studies and has given lectures on Grýla told the Iceland Monitor that, “There are tales in Scotland and in Ireland that resemble the Icelandic tales of Grýla closely and there is no doubt that these stories and beliefs came to Iceland at the time of settlement. Some stories become firmly rooted in our culture and others change or merge with stories from other cultures. The Irish elf tales are very similar to our Icelandic ones, for example. Scottish goddess Cail­leach Beur and Irish goddess Cail­leach Bhé­ara are Celtic varieties of a goddess or supernatural being which we call Grýla in Iceland.”

The Yule Lads have become much better tempered than their mother with time, and come to visit households for 13 days each one by one. They used to eat children like their mother, but it seems like they’ve stopped and become a bit more benevolent with time and are pranksters at worst. These days, children leave out their shoes for the Yule Lads and for good kids they will leave gifts and candies, for misbehaved children they’ll leave a potato. Though I’m not sure eating anything out of shoes is necessarily that appealing of a treat, but I suppose that’s much better than becoming the main ingredient of troll stew. Perhaps, the potato is really a gift for their mother, so she has both potatoes and naughty children for her stew. That’d be pretty thoughtful of them. Shoe-flavored potatoes are probably much more appealing to trolls.

According to Wikipedia, the Yule Lads are as follows: 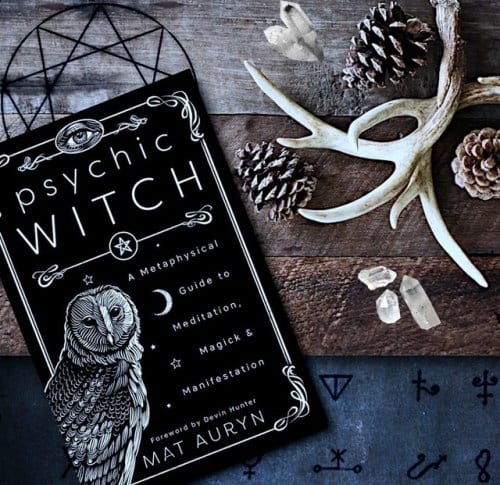 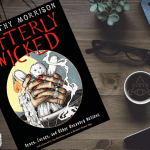 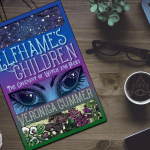 December 16, 2018 Review: Elfhame's Children
Recent Comments
0 | Leave a Comment
"This makes me love jack-o-lanterns even more."
Anonymous Jack-O’-Lanterns and the Devil
Browse Our Archives
Related posts from For Puck's Sake