The Mysterious Goblins of Appalachia

Last night my buddy Lonnie Scott of Weird Web Radio posted a link that caught my attention. He posted a link to a documentary series called Hellier. After checking out the trailer, I decided to give Hellier a chance, which led to my boyfriend and I binging it for five hours straight until the whole series was over. It was better than the X-Files, especially since it’s a real investigation. Despite being independently produced and available completely free online, the quality of the documentary surpasses documentaries you can find on Netflix.

The story begins with a series of strange emails and photographs that leads them to Hellier, Kentucky. Following clues left by previous occultists and UFOlogists, the paranormal investigation team is searching for small mysterious humanoid creatures that they find out has been occurring all throughout Appalachian coal country for decades under various names such as the Tommy Knockers, Goblins, Critters, and a host of other names. Are these aliens? Goblins? Land Spirits? Ghosts? Faeries? Ultraterrestrials? Something else? That’s what the team sets out to find out.

The journey leads them through a series of mind-blowingly bizarre synchronicities as the team tries to figure out what the hell is going on in this small rural town. Even more bizarre are parallels that start occurring with the Mothman Prophecies and all the strange phenomena and synchronicities that occurred in that. The documentary series takes a very interesting approach mixing ufology, paranormal investigation, and occultism; with all possibilities of what is occurring being approached with open-mindedness — which is an extremely unique approach.

I’m not normally into Ghost Hunter or Paranormal Investigation shows or documentaries. For one, most of them are greatly disrespectful when investigating — often antagonizing, insulting, and angering the spirits themselves in hopes of a response they can catch on video. There’s also a huge trend of investigators being a bit incompetent or unknowledgeable when it comes to working with or identifying spirits once contact is made — most coming from either a Christian or New Age background where there’s a tendency to paint every spirit one encounters as a “demonic entity.” There are also shows where there’s obvious fakery involved, trying to create drama for views and rating.

However, this documentary series is nothing like most Paranormal Investigation shows. The team consists of Greg Newkirk, Dana Newkirk, Karl Pfeiffer, Connor James Randall, and Rashad Sisemore. Each member displays a healthy balance of skepticism and open-mindedness. It became clear to me immediately that Dana was a witch and I think it’d become immediately clear to most of you witches reading this and her bio confirms this, describing herself as a hedgewitch. One of the things I particularly love about Dana in particular is that she’s constantly consulting the tarot throughout the journey.  Plus, she gets bonus points for her The Dark Crystal shirt.

Each member of the team is so incredibly professional and respectful of the creatures that they’re making contact with. In one part of the series, Dana even performs a mini ritual where she leaves a tobacco offering to the land spirits before they proceed. For you witches who are outside of North America and unfamiliar with our spirits — tobacco and cornmeal tend to be among the traditional offerings to land spirits here.  I immediately fell in love with every member of the team, not only wanting to be their friend but wanting to join in on their journey myself, which is great since most other paranormal investigation shows leave me greatly annoyed with the team.

The documentary also consists of one of the most brilliant uses of a Spirit Box I have ever seen. A Spirit Box, is a radio that’s consistently scanning through random radio stations and the idea is that it will stop for a brief moment on certain phrases of various commercials, and newscasters. The idea behind the Spirit Box is that spirits can manipulate and control the scanning of the radio to stop at certain phrases to communicate messages.

What makes their use of the Spirit Box so ingenious is their technique called the Estes Method, which was developed by Connor Randall and Karl Pfeiffer. In the Estes Method, only one person listens to the radio with sound canceling headphones and a blindfold on, while the other person asks the spirit questions. The blindfolded person has no idea what’s being said or asked, but is merely saying outloud phrases that the radio stops on. The dialogue that occurs with this method is beyond fascinating.

I don’t want to ruin too much, so I suggest you check out the series yourself:

In 2012, a paranormal writer receives a panicked email from a man named David, who claims that creatures are lurking on his property. After five years of twists, a team travels to Kentucky to find out what truly happened.

As the team finally arrives in Hellier, a perusal of the case file prompts a stunning revelation that shifts the case into the realm of wider fringe phenomena.

Hellier: Episode 3 | Trapped in a Maze

The search for David deepens as the team begins their investigation of the cabin and digs into public records in the town. A call with a researcher friend confirms the team’s sense that something is paying attention to them

Hellier: Episode 4 | Slivers of the Future

The team pulls out all the stops on the David search before receiving an extraordinary greeting.

Hellier: Episode 5 | The Heart of It

The team look for answers in the abandoned tunnel before heading home, where they try to make sense of it all. But the phenomena doesn’t appear to be finished with them.

If you enjoyed the series, I highly suggest making a well-deserved donation to the creators for creating this and providing it completely free of charge. Also, don’t miss Lonnie’s interview of Connor Randall on Weird Web Radio. Now, if you’ll pardon me – I’m off to research and check out all the previous work of every investigator in this series.

The Mysticism, Spirituality & Occultism of The Dark Crystal 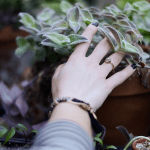 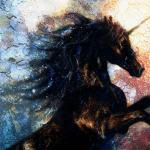 January 23, 2019 A Rebuttal to Doreen Virtue's Attack On Unicorns
Recent Comments
0 | Leave a Comment
"This makes me love jack-o-lanterns even more."
Anonymous Jack-O’-Lanterns and the Devil
Browse Our Archives
Related posts from For Puck's Sake