A Rebuttal to Doreen Virtue’s Attack On Unicorns

In the past, I wrote a piece about how Doreen Virtue’s conversion to Christianity and denouncing of her New Age teachings was something we should try to respect because it’s her path and not ours. Despite not ever being interested in her work, I didn’t want her denouncement and conversion to discourage folks who were following her to give up the tools and practices that they had learned from her if they helped them on their spiritual path. Well, things have changed a bit.

On Doreen Virtue’s website, she has a page called “An A-Z List of New Age Practices to Avoid, and Why” where she pretty much calls everything demonic and satanic from Mindfulness to Harry Potter to Peace Signs. Please note that the site will take a long time to load, perhaps she should have added Slow Web Hosting Servers to her list. Despite her massive disrespect to other cultures on the page and her bizarre referencing to herself in plural (DOREEN IS LEGION, FOR SHE IS MANY!), there’s one thing that I found more hilarious than anything else on the list.

Doreen Virtue states that “Neon-colored unicorn images can be used by the devil to mesmerize us into his kingdom, where glitter substitutes for the bright light of Jesus. Remember that the devil always copies God, using poor quality substitutes.”

That is just unfair and cruel. Who hates unicorns? According to folklore and fairytales… it’s monsters. That’s who. Unicorns are perhaps the best thing ever. Let me remind you of a few of the countless reasons why Unicorns are awesome:

Here is the Unicorn Masterplan. 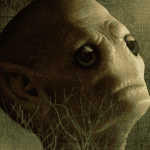 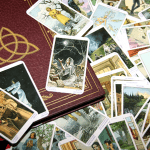 January 27, 2019 The Best Books On Rider-Waite-Smith Based Tarot Decks
Recent Comments
0 | Leave a Comment
Browse Our Archives
Related posts from For Puck's Sake