When A Spiritual Teacher Renounces Their Teachings

[UPDATE: A Rebuttal to Doreen Virtue’s Attack On Unicorns]

A large portion of the witchcraft and paganism community is very upset with Doreen Virtue’s current conversion to Christianity, her renouncement of divination and her seemingly insulting bashing of polytheism, ancestor work and metaphysical healing modalities. While I do not resonate with Doreen Virtue’s work or teachings – and have probably done far more of my share of bashing her in the past, viewing a lot of her teachings as “sugary fast-food spirituality” – I feel like this gives us an opportunity for a learning experience. While she was never personally influential in my path, I know that she has been for many – as the psychic, new age and metaphysical communities intersect with the Pagan communities at various points – since both don’t have dogma and are very personal paths. So what can we learn?

One of the hardest things to learn is that a teacher isn’t always meant to be a teacher. Imagine if you were still being educated by your kindergarten teacher well after receiving a college education. Not only would you outgrow their teachings, but they may also decide that they don’t want to teach, that this isn’t their path. As humans we tend to want to put others on pedestals and deify or guru-ify them as living masters. When they no longer fit our expectations or ideals, we can easily take it as our own spiritual crisis – showing that we placed our experiences in the teacher and not upon the teachings. It is their teachings that serve us on our journey, not them as embodiments of those teachings.

As I’ve stated before, blind faith has no place in witchcraft and this includes faith in spiritual teachers. If you resonated with her work. If you questioned it, got it to work and received results then I would say that there’s validity for you in the old teachings. If you found validity and truth, if the teachings have been helpful – then go with that. Don’t throw the baby out with the bathwater. Perhaps this is a learning experience for you or perhaps this was the catalyst that you needed during this part of your path to begin questioning your own beliefs and discernment.

The path of the witch is always a solitary one. Regardless of traditions, community or teachers, at the end of the day we come home alone. Our life is ours to live and no one else’s. Our path is never their path. We must remember that it’s important to focus on our own practices and spirituality and not others. Does her conversion and renunciation change how many lives she’s impacted? Does it change that spiritual experiences that you may have had through her teachings? No. You could argue that at one point she was serving her Higher Will and now she’s serving her Higher Will in another way. Our Higher Will is not her own, and those who resonated with her work shouldn’t confuse the two. No one can walk our own paths, not even our spiritual teachers that we may look up to. The path of the witch is a path of sovereignty, not following.

I know many talented psychics and mediums who are stating that they’re throwing away their favorite oracle decks created by her seeing them as fraudulent now. I think this is absolutely silly, but to each their own. Her current beliefs in no way effect the connection and validity that you’ve had with a deck. That’s not how divination works. You can literally divine with bags of dirt if you chose to. Just because the creator’s feelings towards their creation has changed, doesn’t mean that yours should to. An artist may have painted a painting decades ago that they are now embarrassed of or don’t connect to. This doesn’t mean that the art will not hold significance or connection to other people.

People are always going to renounce, slander and try to vilify our beliefs and I can understand why this coming from someone who assisted them on their path can be particularly painful, but it’s a learning experience. I believe that we must hold the space for them that they are not allowing for us. We must be the example. Unless they are promoting the harm of others, there’s no reason why we should care what they believe. We are not a faith of forcing others to believe as we do. We are all travelers on our own journeys, meeting key people and teachings at key times and departing from them when the time comes. The beliefs of others do not effect our own personal beliefs. Her motives are her own. If they aren’t directly threatening ourselves or others, there’s no reason to not tolerate them.

For those who are curious about the Doreen Virtue transition, here’s the videos:

[UPDATE: A Rebuttal to Doreen Virtue’s Attack On Unicorns] 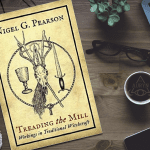 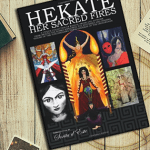 August 24, 2017 Review: Hekate Her Sacred Fires
Recent Comments
0 | Leave a Comment
"This makes me love jack-o-lanterns even more."
Anonymous Jack-O’-Lanterns and the Devil
Browse Our Archives
Related posts from For Puck's Sake