Review: The Witch’s Book of Mysteries 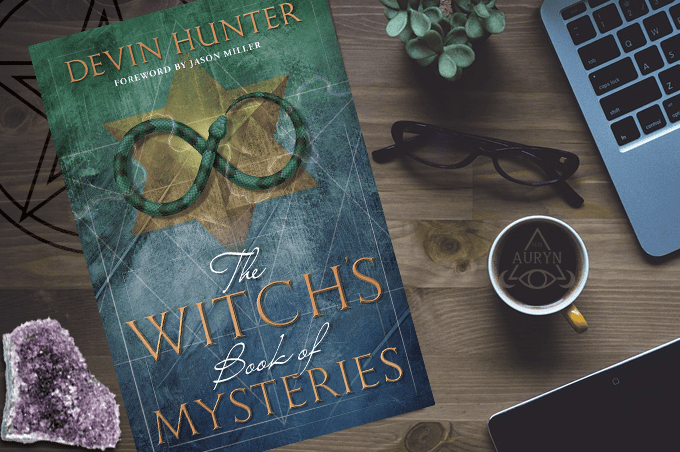 The Witch’s Book of Mysteries is Devin Hunter’s best book to date and is quite the accomplishment for any witchcraft book. Being one of the best books I’ve read in my life, Devin revives the often missing focus on mysticism and the power of transcendent aspects of the Craft. With this book, the reader learns to connect and align with the energies of their own land, fly to the Witch’s Sabbath, traverse the other worlds, draw from the wells of creation and wield cosmic power. The witch will learn how to touch the heart of Quintessence and the Numinous, unlocking the mysteries of time and space and providing an open channel for personal gnosis and direct revelation to the witch.

In The Witch’s Book of Mysteries, Devin Hunter concludes his “Witch Power” trilogy, providing the basis of the outer-court training and praxis for the Sacred Fires Tradition of Witchcraft. That being said, because of the depth provided in the book you will most likely come away thinking that it’s inner court material. However, the material is beneficial for any serious witch regardless of their tradition or path. The book is written as a course and is a book on advanced Witchcraft. Being such, I wouldn’t recommend it to the beginner witch and would instead point them to his first book in the trilogy The Witch’s Book of Power, which was written for beginners and provides an introduction to the currents of power expanded upon in each book thereafter.

There’s some really powerful material in here which should be used wisely and when the witch is ready for it, especially since you will be contacting and aligning with primordial spirits that are the pillars of reality – both creation and destruction, the universe and the void. As such it’s highly recommended that the reader not gloss over the material or rush through the exercises. The previous books also provide the introduction to various spirits such as the Witch King and the Witch Queen, the Grigori, and other spirits –  as well as concepts that are explored and worked with in much more depth in this book.

The closest any book has come to the material in this book are Sabbatic Grimoires intentionally written in convoluted poetic and archaic language to veil the information that is being presented on a surface level. Devin’s work in this book touches upon the same essence of those guarded mysteries in a much more approachable and understandable manner than those works. If you are serious about your witchcraft practice and are ready to take the next step in your experiences and training, there is no better book on the market that I could recommend you can get your hands on with the caveat that you are familiar with and have done the work in Devin’s previous books, The Witch’s Book of Power and The Witch’s Book of Spirits in preparation for The Witch’s Book of Mysteries. 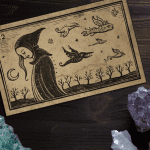 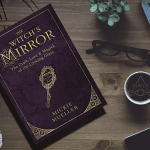 February 4, 2019 Review: The Witch's Mirror
Recent Comments
0 | Leave a Comment
"This makes me love jack-o-lanterns even more."
Anonymous Jack-O’-Lanterns and the Devil
Browse Our Archives
Related posts from For Puck's Sake