Calling Yourself A Witch Is “Identity Politics”

I’m so tired of folks whining about witchcraft getting too political or complaining about mixing “identity politics” into witchcraft. Newsflash: There are very few identities that one can proclaim for themselves that would be more politically charged than that of “witch.” The term “witch” didn’t come out of a vacuum. It has a long history associated with it – an extensive political history based around the concepts of identity.

First off, the title of “witch” was originally an accusation, not something that you took upon yourself. Being accused of being a witch was highly political as you’d be tortured and killed for it. Those accusations were predominantly against women. We know from the Salem Witch Trials as well as the Inquisitions that it was mostly women whose identities didn’t conform to society’s standards and their fear of women. Perhaps the woman had too much money, too much power, or too much land – all without a man.

Perhaps she didn’t marry or have children. Perhaps she was too sexually attractive or too sexually unappealing. Witches are inherently feminist, a witch doesn’t give a flying fuck what society wants from her. The archetype of the witch revels in her freedom, her power, and her desires without the permission of men, church, or government. She is completely self-possessed.

Many of those accused of witchcraft were also midwives who brought forth life but also knew and used abortifacients and birth control. Witchcraft has a history of being pro-choice. It’s because of this that eventually witches were said to murder babies and children and later to eat them or use them in their ointments.

But it wasn’t just women who were accused of witchcraft, it was also queer people and many others. One theory suggests that gay men were called “faggots” or “flaming” as a slur because they were burned as kindling at the feet of those accused as witches. You have to remember that this is ALL political. This involves both identity and the abuse of political power.

Modern witches only gained the rights that we have because we have had to fight for them politically. Before witches such as Selena Fox, Leo Martello, Silver Ravenwolf, Laurie Cabot and others who took on governments and provided legal non-profits to fight for equal rights, people were losing custody of their children, homes, jobs, etc. for being Wiccan or witches during the “Satanic Panic” era in the United States (which wasn’t that long ago). People were also being scapegoated and framed for horrific murders that they didn’t commit, such as Damien Echols. ALL OF THIS is political.

It is completely ignorant to pretend that there are those who don’t want people dead or to have fewer rights for not being white het-cis Christians. It’s even more naive to think that these people do not have a strong sway on politicians today. Witches have a strong understanding of the horrors that occur when the separation of church and state doesn’t exist and a theocracy is established. This is something that is under attack today and luckily being put into check by groups like The Satanic Temple.

And yes, there are MANY people today who are strongly trying to influence government to slowly turn into a theocracy. This is political. The modern revival of witchcraft as spirituality or religion was also built by those who had a firm understanding of the inability to escape politics in their own magick. We have a history of our magickal ancestors performing magickal rituals to thwart Nazi forces. Those include Dion Fortune, Dennis Wheatly, Ian Flemming, Aleister Crowley, Gerald Gardner, Doreen Valiente, and many others. Doreen was even a spy against German forces and a Nazi code-breaker.

Nazism is rooted in the notion of a supposed superiority, where one’s identity determines who lives or who doesn’t get to live. Fighting Nazism is fighting for “identity politics.” Aradia: Gospel of the Witches is perhaps the most influential text on all of modern witchcraft, and the whole story is about the Goddess Diana sending her daughter Aradia to teach the oppressed magick to level the playing field. The main targets in the story were the the oppressors: political powers, religious powers, and the rich elite.

Among the myriad of things that calling yourself a witch entails, one thing is consistent. Proclaiming yourself a witch is placing yourself on the side against oppression and sympathizing and allying with those who are oppressed and marginalized. These oppressions are systematic, meaning they’re ingrained into the fabric of our society because of political powers, be they governmental or religious.

“But no, Mat, witchcraft is about connecting with nature and honoring it.” Okay, if that’s your definition of witchcraft then that is totally fine. But if you truly honor nature, then you would be against its destruction and the horrendous travesties being done to the Earth and her water in the name of profit. This destruction is permitted or banned by… you guessed it… POLITICS!

Witchcraft in the modern day context is almost always about personal power, most often magickal. I mean, that’s what makes a witch a witch in the broadest definition right? Their ability to influence their environment and reality for themselves and to take responsibility and sovereignty for their life and be unabashedly themselves.

To be a witch is to be yourself, to be empowered, and to have full sovereignty of your own body, mind, and spirit. Being a witch involves not being ashamed of who you are, what you believe, or who you love despite political or societal pressure to not. Being a witch is political most of all because witches are people and because no matter who you are, as a person, you cannot escape politics or how it impacts you, your life, and your freedoms. 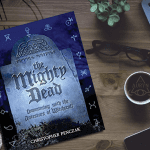 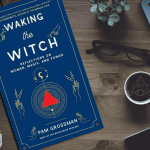 June 21, 2019 Review: Waking The Witch
Recent Comments
0 | Leave a Comment
"This makes me love jack-o-lanterns even more."
Anonymous Jack-O’-Lanterns and the Devil
Browse Our Archives
Related posts from For Puck's Sake