Does love really trump hate or is that just a hashtag? 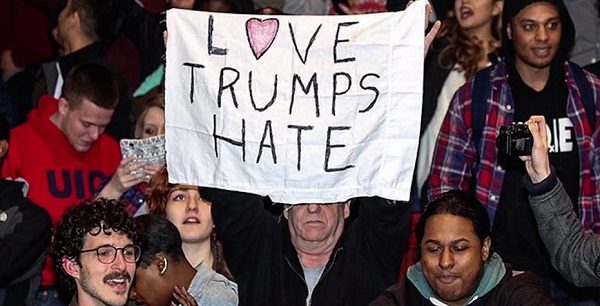 For the past week, I’ve been haunted by a moment that occurred during some dead time before my speaking event in New York City last weekend. I was at a Presbyterian church in Riverdale, the wealthiest part of the Bronx that doesn’t look anything like the rest of New York City, and most of the audience were older African American women. I was feeling super-awkward to be the young white guy giving a presentation about why (my white evangelical) Christianity is toxic to people who surely had entirely different experiences with Christianity than I did.

We were scheduled to start our conversation at 1:00, expecting that some people would not arrive until then. Lunch had started at noon. It was 12:35, and the room was dead silent. Since I’m not always the most socially astute person in the world, I thought we could warm things up by having people share about their experiences with toxic Christianity. Because that’s a great ice-breaker in a room of strangers full of awkward silence.

One woman shared about her uncle who was fundamentalist. I think another person may have shared something. But everyone else looked pained and confused. Because I wasn’t in a room of white millennial Wheaton alums who had recently discovered gay Christians and social justice and started a blog to talk about how shocking the world outside of cloistered white evangelicalism is.

So I named my mistake and apologized. Scrambling to come up with something else, I asked how many people were members of the church where we were having the event and about 2/3 of the room raised their hands. So I asked them what was their favorite thing about their church. It was such a corny, un-clever question, but I couldn’t come up with anything better.

Some of the people in the crowd perked up. They said the things that people usually say who are committed to their congregation. It’s welcoming. It feels like a family. We can disagree on things without wrecking our community.

That brief exchange ended up reshaping my presentation entirely, as well as the sermon I preached the next day. Every chance I could, I circled back to affirm the positive things they had named about their community. I almost felt ashamed that I had come into their space to say that Christianity was toxic, even though I ultimately had a beautiful, spirit-filled conversation with Liz Edman.

In the week since that encounter, I’ve been trying to figure out what God is teaching me. Honestly, I feel very fatigued right now by the roller coaster drama of the presidential election and particularly the schauedenfreude in the progressive Christian blogosphere about the demise of evangelical Christianity represented by their support for Donald Trump. Every time Trump says something stupid and awful, we howl with intoxicating outrage the same way that the Rush Limbaugh crowd cheers every time a new Hillary controversy comes up. I found myself actually getting nervous over the past few days because Trump hadn’t said anything outlandish recently and a news story said the polls had tightened.

When I titled my book How Jesus Saves the World From Us: 12 Antidotes to Toxic Christianity, I was at least partly thinking about the marketing potential in an election year. I knew that the fundamentalist crazies would be out jabbering, and the media would make sure that every act of Christian bigotry was recorded and highlighted. So framing my book as antidotes to toxic Christianity seemed like the perfect fit for an election year. The actual contents of the book aren’t nearly as strident as the title. My original title was Mercy Not Sacrifice: Christian Holiness Reconsidered. But a publisher who rejected me told me that holiness just isn’t a sexy concept.

So here I am talking about toxic Christianity and feeling toxic every time I do it. I honestly set out to cast a vision for the beautiful Christianity I’ve been shown, starting in the queer United Methodist church I found in Toledo, Ohio in 2002. And to some degree, I’ve been able to express that. But what gets the most traction are the posts that tell off the other side most emphatically and depict their ridiculous hypocrisy most blatantly. The ones that you punctuate with a hashtag like #LoveTrumpsHate.

But hating hate is not the same thing as love. It’s not like math where a double-negative becomes a positive. Usually when we write #LoveTrumpsHate, we’re not actually trumping hate with love but claiming the moral higher ground for ourselves. We’re making “love” into a code word the same way that conservative Christians make “holiness” or “orthodoxy” into code words. If love really did trump hate, it wouldn’t be a hashtag.

So what does it look like for love to actually trump hate? The times when I’ve encountered it have been when my ideological opponents have shown me unexpected grace. When they’ve recognized my humanity in some kind of way. When they apologize for having been too harsh even though they weren’t really all that harsh. When they ask about something in my personal life that they remember seeing me post about. When I’m put in the uncomfortable position of recognizing that they’re genuinely compassionate people.

I want to believe what my heart says when I feel God’s love trumping my hate. I want to believe that I can speak with enough humility and compassion that God can melt other peoples’ hearts the way he’s always melting mine. What if it really is true? What if love really does win? It won’t be true for me until I stop trying to win and allow myself to be won over.

Check out my book How Jesus Saves the Word From Us! 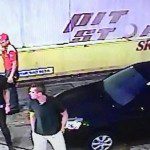 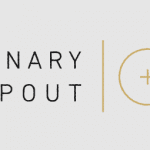 August 21, 2016 My conversation with Shane Blackshear
Recent Comments
0 | Leave a Comment
"Good stuff, thanks Mr. Guyton. If someone told me he or she was inclined toward ..."
SamHamilton Dr. King On Cynicism
"[Flipping nannybot]"
Iain Lovejoy Dr. King On Cynicism
"Yes. I understand it as an aspect of the intellect. My daughter can't walk or ..."
davidt Is David French or Mayor Pete ..."
"I see sin as a perceptual disorder. And I don’t think there’s anything broken about ..."
Morgan Guyton Is David French or Mayor Pete ..."
Browse Our Archives
Follow Us!