Nuclear War and the Prince of Peace 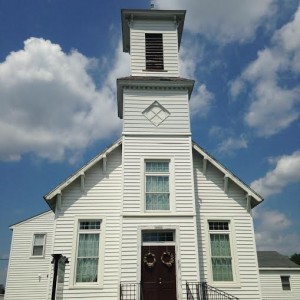 “I am against war, against violence, against violent revolution, for peaceful settlement of differences, for nonviolent but nevertheless radical changes. Change is needed, and violence will not really change anything: at most it will only transfer power from one set of bull-headed authorities to another.”

“Technically I am not a pure pacifist in theory, though today in practice I don’t see how anyone can be anything else since limited wars (however ‘just’) present an almost certain danger of nuclear war on an all-out scale. It is absolutely clear to me that we are faced with the obligation, both as human beings and as Christians, of striving in every way possible to abolish war”.

“Nonviolence seeks to “win” not by destroying or even by humiliating the adversary, but by convincing him that there is a higher and more certain common good than can be attained by bombs and blood. Nonviolence, ideally speaking, does not try to overcome the adversary by winning over him, but to turn him from an adversary into a collaborator by winning him over.”

“Perhaps peace is not, after all, something you work for, or “fight for.” It is indeed “fighting for peace” that starts all the wars. What, after all, are the pretexts of all these Cold War crises, but “fighting for peace”? Peace is something you have or you do not have. If you yourself are at peace, then there is at least some peace in the world. Then you share your peace with everyone, and everyone will be at peace. Of course I realize that arguments like this can be used as a pretext for passivity, for indifferent acceptance of every iniquity. Quietism leads to war as surely as anything does. But I am not speaking of quietism, because quietism is not peace, nor is it the way to peace.”

I wrote the following on Christmas Day 2002. At the time, I was a Christian pastor. As you can see, I had wandered far from my Fundamentalist/Evangelical roots. This was published the next week in The Bryan Times.

What a wonderful and beautiful Christmas Day! The ground is blanketed with six or so inches of snow and all is peaceful and quiet. There is nothing more beautiful than a crisp winter morning after an overnight snowfall. This wintry scene causes me to reflect on the glory of Christmas Day and the meaning of it. Christmas is about redemption. Christmas is about Jesus the Son of God taking on human flesh, and being born of the virgin Mary in the city of Bethlehem. Jesus came into the world at the appointed time to bring redemption to all men. He came to proclaim peace and justice for all. He is called the Prince of Peace. Later in His life, Jesus would declare that peace and justice were to be character traits of those who profess to be followers of Him.

I have been reading of late the Social Essays of the Catholic monk, Thomas Merton. These essays were written at the height of the cold war and the Vietnam war. I am amazed at how timely Merton’s essays are for today, though they were written 40 years ago. In his time, Merton had to constantly battle censors within the Catholic Church who attempted to silence his anti-war message. Merton was quite creative in the ways he got his message to the public. His voice still speaks loudly today.

Merton’s essays on nuclear war, unilateralism, and preemptive war should be required reading for all Americans. Merton reminds us of the lunacy of the notion that a nuclear war can be fought and won. Once the buttons are pushed, the world as we know it ceases to exist. Thoughts of non-defensive, unilateral, preemptive war, Merton reminds us, is immoral and should be condemned by all Christians.

Today, America sits on the precipice of nuclear world war. We have become the big bully who thinks he can get his way by bluffing and threatening. Every once in a while the bully even whips some weakling to show who is the toughest. Such is the case with Iraq. But now we have added North Korea to our list of nations we are intent on bullying. Unfortunately, North Korea does not quiver and shake at our threatenings. They well remember an America who could not defeat them during the Korean War. Since then, the North Koreans have added nuclear and biological weapons to their arsenal. According to recent newspaper reports, the North Koreans are quite willing to use what weapons they have to defend themselves.

What troubles me the most in all of this is the silence emanating from the pulpits of America. It seems the only voice that is heard is from war mongers like Jerry Falwell. Does he, and those like him, speak for the rest of us? The German Church silently sat by while Hitler put into force the plans and programs that would later give us World War II and the Holocaust. Now, the clergy of America sit by silently as George Bush and Company put into force programs like the Patriot Act and the Home Security Act. George Bush threatens war and destruction on any nation that opposes him. Our insane notion of national superiority, coupled with immoral capitalistic greed, is leading us down a path that is certain to have catastrophic results, yet nary a word is heard from our pulpits.

The Scriptures are clear, Christians are called to be people of peace and justice. We are to be peace makers. It is absurd to suggest, as George Bush does, that by waging war we will have peace. War always begets war and history bears this out. Only peace begets peace. It is time for all nations, including America, to lay aside and destroy ALL weapons of mass destruction. Our nation needs to repudiate its doctrine concerning preemptive first strikes against other nations. The world needs to know that America will be a peacemaking nation who desires peace and freedom for all men. While we must leave place for the need of defensive war or even what the theologians call “just war”, we must forsake attacking and killing others just because we do not like their government structure or way of life. Muslims have a right to live as they live without America interfering in their affairs. It is time we stop exporting Western civilization as the answer to the world’s problems. Better for us to concern ourselves with our own moral, ethical, and civil failures than trying to fix the problems of the world.

Fifty or so years ago the phrase “better dead than Red” was coined. Unfortunately, that philosophy is still alive and well. The proponents of this notion believe it is better for us all to be dead than to have any government or civilization than we have now. We best think about the reality of such a notion because when the nuclear bombs start falling it will be too late. The Reagan/Bush Star War notion of missile defense will not save us once the bombs start to fall. It will only take a few bombs to render this world unlivable. Those who survive will wish that had not.

It is not too late. Voices need to be raised in opposition and protest to the war policy of the Bush administration. Protesters need to make their voice heard via letters and public protest. Conscientious men and women in the military need to say “I will not” to their leaders who want to slaughter them on the altar of political and economic gain. Politicians need to get some backbone and be willing to stand up to the war mongering hawks on Capitol Hill. They have been raised up “for such a time as this!”