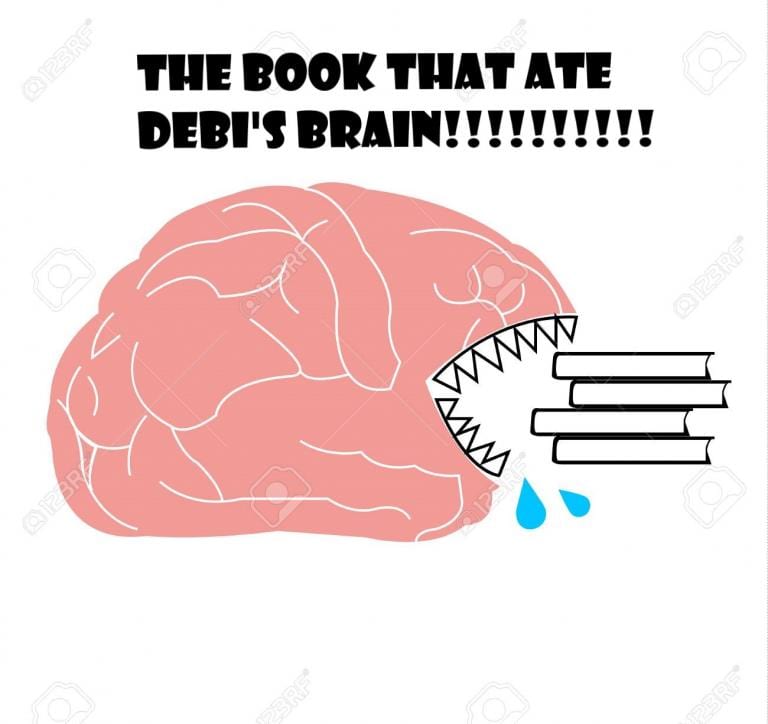 This is one of the roughly six times a year that is like Christmas, Christmas in August! When No Greater Joy publishes their magazine filled with the uneducated nonsense on how to beat your children combined with a wealth of other very untrue things. Again, there is zero Michael Pearl in this issue, but there are four, count ’em, four different partial chapters of Debi’s new book on Neuroplasticity – “Create a Better Brain Through Neuroplasticity”

Some of the chapters have long-established information on helping a child’s brain by doing things like playing music. But then there is this, Debi’s take on Autism.

Debi talks of  how autism rates are increasing, poo-pooing away some researchers claims that it’s just more recognized and widely reported now. Which might actually be a factor. Look at how many other illnesses and factors used to be thought of as ‘bad behavior’ or other simplistic conditions now recognized as something different.

She ends up here:

Researchers do not agree as to the cause of this rapid increase. But as numbers continue to rise, we can see that something horrific and new to our environment is causing our children to suffer brain damage.

Oh Lawd-a-mercy she must be about to blame cell phones, that favored Pearl boogieman of evil. But nope, she blames other stuff like vaccines and bad food.

But one thing is sure AUTISM IS NOT BRAIN DAMAGE! I don’t have much experience with autism, or even knowledge of it but I know it is not brain damage.

Here’s what the NIH had to say about the causes of autism.

Scientists believe that both genetics and environment likely play a role in ASD. There is great concern that rates of autism have been increasing in recent decades without full explanation as to why. Researchers have identified a number of genes associated with the disorder. Imaging studies of people with ASD have found differences in the development of several regions of the brain. Studies suggest that ASD could be a result of disruptions in normal brain growth very early in development. These disruptions may be the result of defects in genes that control brain development and regulate how brain cells communicate with each other. Autism is more common in children born prematurely. Environmental factors may also play a role in gene function and development, but no specific environmental causes have yet been identified. The theory that parental practices are responsible for ASD has long been disproved. Multiple studies have shown that vaccination to prevent childhood infectious diseases does not increase the risk of autism in the population.

It’s not vaccines, it’s not any one thing that can be pointed out.

What has changed since the 1990s that is causing such statistically high numbers of brain damaged babies? What can we do to stop it? Discovering the answers is like putting a complicated, solid white puzzle together. There are many rabbit holes, possible roots, and likely complicit evils. Whatever it is, it is something we are doing today as a society that we did not do fifty years ago.

Again, it is not ‘brain damage’, but it might be something to do with genetics or development. When Debi uses labels like brain damaged she encourages her followers to treat autistics like the disabled when the spectrum is a large one.

In a healthy brain, the neurons actually eat the unused synapses. For some reason, this process doesn’t happen in some children. What interferes with the pruning? Poor gut health in the mother and the child has proven to interfere in the pruning process. But that is not new, so it cannot be the sole cause. Environmental toxins, vaccinations, genetics, and even emotional trauma have been shown to be tied to stalling or totally stopping the brain’s pruning. But again, some of those things have always been part of the human experience. Why are we seeing problems only now, in the past 25 years? Many scientists believe the issues that disturb pruning are just the tipping point of a delicate state with a much more crippling cause.

Number two, again vaccination and autism  is an unscientific myth that has been debunked!

Debi follows this with a tale about a boy named Benny, while stating his mother “cured”  his autism, but not telling you what she did. If it’s MMS I’m going to be beyond angry. Feeding your child industrial bleach is against the law in most places now.

The last section is about the Amish and how they have had less autism until they started feeding their children processed foods. Then she takes this side ramble of lies:

It is not unusual for a son or daughter with an 8th-grade, Amish-type education to leave the fold, work their way through college, and become a neurosurgeon or space engineer. As a group, they have made a very educated decision not to vaccinate, and up until the last ten years or so, I never heard of a single case of autism among their hundreds of thousands of children. But in recent years…

Statistics or  you are just stupidly rambling yet again. While I know of some Amish that got an Englisher education and left the fold, I have never seen an Amish space engineer or neurosurgeon, both jobs that require you use electricity. I see some brain damage here, but it’s not in any kid. Again, it’s not the vaccines.

And with the worlds “But in recent years…” Debi leaves us. Smugly pointing out that if you want to know the “cure” to this “brain damage” you have to buy the book when it’s released in September.

Tomorrow we’ll be looking at the book’s first chapter, in which Debi displays a breath taking ignorance on what an MRI actually is and it’s function and use in medicine.

I would venture to say that anyone using Debi Pearl’s advice in this book is a few brain cells short of full.