The Sentinelese People Are Violent to Outsiders for Good Reasons

The Sentinelese People Are Violent to Outsiders for Good Reasons November 23, 2018 David Gee

The Sentinelese people could be considered a reverse “cargo cult.”

The term “Cargo Cult” originates with largely indigenous groups that began to revere and even worship travelers and passersby because the locals benefited from cargo drops in the past. With the Sentinelese people, who recently killed a missionary and adventurer who made contact, we may be seeing an opposite effect.

In my latest book, No Sacred Cows, I talk about Cargo Cults as a means to explain how religions can arise without divine intervention:

These “cults” are actually just local religious traditions that tend to spring up under certain stressful conditions, including in areas where colonizing groups interact with native people. Cargo cults believe in assistance from ancestral spirits and they often have charismatic leaders, but these groups are most well known for their belief that an abundance of food and supplies—or cargo—will appear if certain rituals are performed. Some cargo cults imitate soldiers and create mock airplanes, airports, or radios out of local materials like straw and wood as a means of attracting supply drops. People belonging to one particular cargo cult, dubbed the Prince Philip Movement, even believe that Prince Philip, Duke of Edinburgh, the husband of Queen Elizabeth II, is a divine being. This phenomenon, perhaps above all else, demonstrates how easily cults (and eventually religions) can arise without any help from gods.

My hypothesis is that the Sentinelese are basically the polar opposite of cargo cults, in which native groups benefited from visitors in the past and build faux planes to attract more outsiders. The tribe on the island of North Sentinel, however, has an opposite reaction to planes, helicopters, and boats that venture near the island.

My guess is that this is because of past events, probably those involving visitors killing their tribe members.

It’s not as though the missionary John Chau was the first person to ever make contact with this remote Indian tribe; they have interacted with outsiders on numerous occasions, and it has rarely ended well. In the last few decades, for instance, there have been several unfortunate encounters.

In the 1980s and early 1990s many Sentinelese were killed in skirmishes with armed salvage operators who visited the island after a shipwreck. Since then the tribesmen have remained virtually undisturbed.

But even before that, the Sentinelese were subject to negative interactions with visitors. A Twitter user recently summarized the origin of the trauma in a thread.

There’s been a lot of talk about the missionary killed by the natives of North Sentinel Island. They’re probably so aggressive because of this weirdo, Maurice Vidal Portman. So here’s a big thread about this creep and some facts from my decade-long obsession with the island. pic.twitter.com/rfOVjfU2ZY

“And their aggressiveness is not the mark of savagery. It just that their conception of outsiders is mostly framed by some foot-faced English pervert who murdered some old people and did weird things to their kids. So let’s do them a favor and leave them alone.”

The fear these people have is “understandable,” according to Stephen Corry, the international director of Survival International, an advocacy group that has campaigned for years to protect the small tribe.

“The British colonial occupation of the Andaman Islands decimated the tribes living there, wiping out thousands of tribespeople, and only a fraction of the original population now survive. So the Sentinelese fear of outsiders is very understandable.”

The two endangered aboriginal Andaman tribes – the Jarawa and the Sentinelese – are hunter-gatherers, and contact with the outside world would put them at risk of contracting disease.

The Sentinelese are particularly vulnerable: their complete isolation means they are likely to have no immunity to even common illnesses such as flu and measles.

“It’s not impossible that the Sentinelese have just been infected by deadly pathogens to which they have no immunity, with the potential to wipe out the entire tribe,” said Mr Corry.

He couldn’t be more right. We should be thinking less about bringing these people to “justice,” and more about how we can keep this type of thing from happening again. 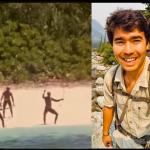 November 23, 2018
Sentinelese Tribe Shot Arrow Through Missionary's Bible Before Killing Him
Next Post 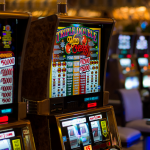 November 24, 2018 Firefighters Responding to Church Emergency Uncover 100 Hidden Gambling Machines
Recent Comments
0 | Leave a Comment
Browse Our Archives
get the latest from
Nonreligious
Sign up for our newsletter
POPULAR AT PATHEOS Nonreligious
1