If There’s a Yellow Deli in your Town, You May Want to Read This

By Sinasta J. Colucci, author of Better Than a Turkish Prison: What I Learned From Life in a Religious Cult

There are a flurry of odd rumors surrounding a restaurant chain known as “The Yellow Deli.” Just visit any one of their Facebook pages or read the reviews about them on Google and you’ll see accusations that seem to border on insanity: “This place is run by a child abusing cult.” “They kidnap, drug, and rape people.” “They are racist and own slaves. The sandwiches are good though.” 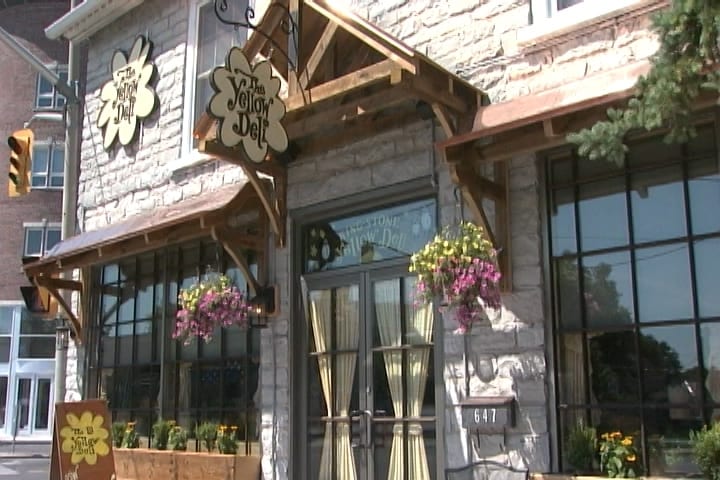 At first glance, one might be inclined to dismiss these wild accusations as just the work of crazy conspiracy theorists or internet trolls with nothing better to do than write fake reviews of random restaurants. But why is there such a large number of accusations directed towards this particular restaurant chain? Could there be any truth to these accusations? Surely not, because any organization committing any of these aforementioned crimes would be promptly shut down by law enforcement, right? So then all of these accusations must be false, right?

I am in a unique position, because when I read these accusations about the Yellow Deli, I know which ones are true, and which ones are false or exaggerated. For more than 7 years, I was a member of a group called “The Twelve Tribes.” They own and operate the Yellow Deli restaurant chain. Are they a cult? Yes, they are a high-control group who exemplify almost every definition of the word “cult.”

So, what other accusations are true about the Yellow Deli (aside from the fact that their sandwiches are good)?

The Twelve Tribes are a biblically-based group. They discipline their children by hitting them with a flexible wooden rod. Children are also not allowed to play, but instead are expected to work alongside the adults. They are spanked for the slightest of offenses, like when they say something silly, they are told they are being “foolish,” and that is an offense punishable by spanking. There is even a proverb that The Twelve Tribes uses to justify spanking in order to “drive out foolishness”:

Foolishness is bound in the heart of a child; But the rod of correction shall drive it far from him. (Prov. 22:15)

Accusations of Kidnapping, Drugging, and Raping

There is literally no truth to the accusation that the Twelve Tribes, as a group, kidnaps, drugs, or rapes people. I do not doubt that individual members of the group have abused drugs, or possibly committed other crimes, such as rape, or kidnapping. But the Twelve Tribes would condemn any of these actions. So you can put these lies to rest.

This one might surprise you, as the accusation that the Twelve Tribes are racist is true, and there is a very good argument to be made that many of its members are in fact slaves. One definition of racism is: “the belief that different races possess distinct characteristics, abilities, or qualities, especially so as to distinguish them as inferior or superior to one another.” The Twelve Tribes believes that there are three distinct races of humanity: “Chamites,” “Shemites,” and “Yaphethites.” They distinguish between these three groups by using the highly scientific method (sarcasm) of looking at an individual’s skin color. If you’re black, you’re a Chamite. If you’re white, you’re a Shemite. And if you’re brown or yellow, you’re a Yaphethite. This in and of itself could be seen by reasonable people as racist, or at the very least, extreme ignorance. However, the Twelve Tribes takes it a step further by claiming that God has cursed Chamites (blacks) into slavery to Shemites (whites). Every time they are accused of racism, they point to the fact that there are people of all races living in their communities and that they are all treated well. In the past they have brought out an African American member by the name of John Stringer (they renamed him Yohanan Abraham) to talk to the public in order to dispel the rumors about racism. However, despite the fact that yes, the Twelve Tribes communities are diverse, what they teach is racist, and furthermore, I have witnessed first-hand, that the children in the communities who grow up being taught these things, end up having an inferiority or superiority complex based on their skin color.

The Case for the Existence of Slavery Within the Twelve Tribes

The 13th Amendment of the U.S. Constitution states:

“Neither slavery nor involuntary servitude, except as a punishment for crime whereof the party shall have been duly convicted, shall exist within the United States, or any place subject to their jurisdiction”

When members first join the group, they are in fact volunteers. This is what the group will tell anyone accusing them of practicing modern day slavery. “Members volunteer, and they can leave any time they want to. Nobody is forcing them to stay.” Dig deeper, however, and you find out that the truth is far more complicated than that.

When you first join the Twelve Tribes, you are taught a watered-down version of what they believe. The aforementioned racist teachings, for example, were not taught to me until I had been a member for about one year. However, despite not having the full picture of what The Twelve Tribes is really about, new members are expected to surrender all of their worldly possessions to the group. If you own a house, a car, etc. you have to sign it over to the group. Any money you possess is also given to the group. Furthermore, you are expected to work very long hours, 6 days per week, without any pay, and you are encouraged to sever ties with former friends and relatives, except for the purpose of recruiting them.

So what happens if you change your mind upon receiving new information (such as learning of their racist teachings)? Do you get all your money and stuff back? LOL, what? No! Of course not! It’s ours now, bitch! With no money, no home, no friends, and no family to turn to, many disillusioned members find it extremely difficult to leave. These members face a difficult choice: continue to serve, involuntarily, for the rest of your miserable life, or leave and be homeless, and face the threat of eternal damnation (members are taught that if they leave the community, they will be tormented for eternity in a lake of fire).

So the next time you’re enjoying a delicious sandwich from the Yellow Deli, but you notice the service is a little “off,” just remember: Your server is not getting paid. Nobody there is getting paid. And half of the people there might not even want to be there. They just can’t think of any way out.

If you would like to learn more about the Twelve Tribes and my experiences there, my book is available on Amazon: https://www.amazon.com/Better-Than-Turkish-Prison-Religious/dp/1912701669/ 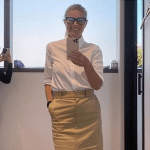 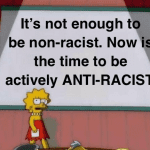 September 14, 2020 I'm a Journalist and I'm Sorry for My Interview With a Nazi
Recent Comments
0 | Leave a Comment
"In talking about the 'secular revolution' which took place in the American academy during the ..."
Luke Breuer My Facebook Fan Page Has Been ..."
""""Cults will do everything in their power to convince you that they are not a ..."
Linda Miller Former Reality TV Star Now Leads ..."
"So, given that the vast majority of the accusations referred to in this article — ..."
Paul Co-Founder of Popular Atheist Facebook Group ..."
"which is true except when you become insane in which case a doctor should come"
samuel Sam Harris is Wrong: Religious Extremism ..."
Browse Our Archives
Related posts from No Sacred Cows