This is something that could raise some eyebrows.

The Catholic University of America announced this week that its Columbus School of Law has received a $4.25 million – from a donor only described as “an anonymous trust” – to establish The Project for Constitutional Originalism and the Catholic Intellectual Tradition.

The CUA press release says the project is “intended to create an intellectual center for the study of how the United States Constitution’s original, distinctly American vision of ensuring the protection and flourishing of the human person emulates important aspects of the Catholic intellectual tradition.” It goes on to say:

“Using the lens of U.S. history, culture, and originalism scholarship, affiliated faculty and students will study the compatibility of the Constitution and Catholic thought over a wide range of constitutional issues. The project will foster consideration of the nature of the human person and the structures of civil society that the Constitution seeks to protect and allow to flourish, as well as the peculiarly American approach to government, political life, and the common good expressed in the Constitution, key founding documents, and originalist jurisprudence.”

Originalism is basically a theory of interpreting legal texts, including the U.S. Constitution, according to what the original public meaning of those texts and statutes were when they became law. So, under a strict originalist interpretation of the Constitution and the Bill of Rights, a federal judge today would likely not find any grounds to support constitutional rights to abortion or civil same-sex marriage. Those were not exactly on the radar in public life when Thomas Jefferson and James Madison were hammering out the United States Constitution in the 1780s.

An originalist judge would also likely say that gender identity and sexual orientation are not protected classes under the Civil Rights Act of 1964 since they are not mentioned or included in the landmark federal legislation. Originalism grants some deference from the judiciary to the legislative branch, the preferable venue for political debate, legislative compromise and consensus building. It’s a legal philosophy championed by those who warn of “activist judges” who “legislate from the bench.”

Over the last couple of decades, originalism has been a favored legal theory advanced by conservative organizations such as the Federalist Society that see in it a reliable avenue to assure that federal judges do not subscribe to a “living Constitution” model and thus “invent” or articulate rights not specifically mentioned or alluded to in the Constitution or federal laws, such as abortion and same-sex marriage.

The late SCOTUS Justice Antonin Scalia was an early leading originalist thinker. Over the years, Republican presidents George H.W. Bush, George W. Bush and Donald Trump have appointed judges to the high court with originalist credentials such as Clarence Thomas, Neil Gorsuch, Brett Kavanaugh and most recently Amy Coney Barrett. Those justices form the nucleus of the high court’s conservative wing that has many pro-life leaders feeling optimistic that the Supreme Court is more than ever poised to strike down or severely diminish its landmark rulings in Roe v Wade and Casey v Planned Parenthood that articulated a constitutional right to abortion.

One weakness in originalist jurisprudence, as articulated by critics, is that the language and the values enshrined in legal statutes – like the culture and society that give them meaning – are constantly in flux. In 2021, does it make sense to interpret the Second Amendment through the political circumstances the framers were working under in the late 18th century? For pro-lifers who hope to see the Constitutions’ protections one day extended to the unborn, what do they say to originalist arguments that hold their position is a non-starter because the Founding Fathers did not have the fetus in mind when crafting the Constitution?

Also, the United States’ Constitution’s “original, distinctly American vision of ensuring the protection and flourishing of the human person,” as the CUA press release above describes, did not, for example, extend to a Black enslaved person, who was counted as 3/5 of a human being for purposes of a state’s congressional delegation. The U.S. Constitution may have provided the legal foundation for a flourishing democratic republic, but it was still the result of political compromises that left serious injustices for future generations to address.

One can make the argument that the process of amending the Constitution and passing new legislation is preferable to relying on the courts to answer divisive social questions, and that may be so. But still, a counter-argument can be made that originalism carries a danger of making the judiciary, which is a co-equal branch of government, too deferential to the legislative power and unwilling to call it out when lawmakers – who are beholden to political pressures – fail to uphold principles enshrined in the Constitution such as due process and equal rights under the law. It’ll be interesting to see how the new project at Catholic University addresses these questions through the lens of the Catholic Intellectual Tradition.

April 27, 2021
Back in the Headlines: Father James Altman
Next Post 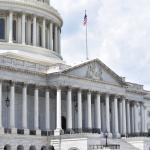