Many Pagans think of the Halloween season as the witchiest time of year, but for me it’s always been Yuletide. So many cherished holiday customs have survived from pagan antiquity into the present day, and new traditions and myths are being created all the time. Midwinter is full of Pagan and secular stuff that makes for great crafts, ceremonies, and parties.

What follows are some of my favorite Midwinter activities. Many of the ideas in this article I’ve built bits and pieces of ritual around, and others have been a part of parties, celebrations, and craft nights. I started putting this list together after working on my own Yule ritual, I hope it provides you with a little inspiration if that’s what you are are searching for. Blessed Yule!

Super Holiday content at Raise the Horns:
The History and Origins of Santa Claus
The Other Gift Givers: Beyond Santa Claus
Christmas Traditions: Christian or Pagan?
Christmas Is Not Yours or Mine (On the True Origins of the Holiday)

Yuletide abounds with ancient pagan imagery, but there are several Modern Pagan myths that have become an important part of the holiday for many of us. The one I most associate with this time of year is that of the Crone giving birth to the young sun god. In ancient paganisms there are some parallels to this idea, but none of them include a god sacrificed in the Autumn only to be reborn at Winter’s first blush by a Goddess who spent the Wheel of the Year going from Maiden to Mother to Crone. The Wheel of the Year myths involving the Goddess and God are recent constructs inspired by the mythology of many ancient paganisms.

You won’t find the Oak and Holly Kings in Bullfinch’s Mythology but you’ll find them in a whole lot of Pagan rituals this time of year. The two kings represent the two halves of the solar year. The Holly King rules the time of the waning sun, slaying his brother at the Summer Solstice, only to be slain himself at Midwinter. The Oak and Holly Kings represent the battle between light and dark, and the sacrifice of The God in order to insure a fertile Earth.

These myths are modern because they were first articulated in the works of individuals such as the poet Robert Graves (The White Goddess) and anthropologist Sir James Frazier (The Golden Bough). Over the last seventy years these myths have been expanded upon by Modern Pagans. These stories are reinterpretations of what came before, allowing us to see older tales of the gods in a new light. Not every Pagan honors these myths, but for many of us they are important metaphors that connect us to the Wheel of the Year.

I know a lot of people who engage in Secret Santa around the holidays, but my preference this time of year is Secret Befana! Of course it’s the same thing (a random, secret gift exchange) but there’s something powerful about having a Witch involved. Sometimes it feels like Yuletide is a very male dominated time of year (Sun gods, Santa, etc.) so being able to invoke a powerful female archetype helps balance things out a little bit.

And traditions like Secret Befana don’t have to cost a lot or anything at all. My coven limits Secret Befana gifts to twenty-five dollars per person, but groups could also mandate that all presents be “re-gifts” or handmade items. Also just promising to do something for someone is a pretty good gift!

Several years ago at a CUUPs (Covenant of Unitarian Universalist Pagans) my wife made a Pagan Yule Log, and it’s been a part of our holiday tradition ever since. I like it so much I use it in coven rituals and take it to larger circles as well. Our Yule Log isn’t anything we toss in the fire, it’s a decorated piece of wood with three notches in it for tea light candles. It’s something we light every Solstice and we keep it lit until the candle burn out. For us its symbolic of the return of the light, we’ve also been known to jump over the lit candles for good luck.

Yuletide Carols Being Sung by a Choir (or Coven)

Growing up I sang Christmas Carols in church, elementary school, and sometimes just for fun. Belting out those old melodies is a part of December in my world, and just because I’m a Pagan doesn’t mean I have to set them aside. There are all kinds of traditional carols with rewritten lyrics, with enough versions to make theists and non-theists happy (I’ll have my carols with a side of deity though please). If singing formerly Christian tunes bothers you there are all sorts of secular carols as well as a few Contemporary Pagan ones. My “strictly-Pagan” favorites include Tori Amos’s Winter’s Carol, The Christians and the Pagans by Dar Williams, and On Midwinter’s Day by Dahm the Bard.

The Krampus is a spectacular piece of holiday lore that has been enjoying a triumphant renaissance the last couple of years. The Krampus generally works as Santa’s muscle, frightening small children into good behavior. One of the things that makes the Krampus especially appealing to Modern Pagans is that he very well might have his origins within ancient paganisms. It’s impossible to draw a straight line from Krampus to any particular pagan deity, but he’s so far removed from anything having to do with Christianity that a pagan origin point seems likely and has been suggested by several scholars.

How does one celebrate the Krampus? I guess all it really takes is a switch and a pair of horns, but if you want to go a little further than that I have some suggestions. When invoked at Yule the Krampus becomes a god of obstacles, and overcoming those obstacles. The Krampus is about the hard journey and arriving at your destination without shortcuts. The Krampus can also be seen as the Yule-face of the Horned God, the god who brings the wild and less civilized to our holiday parties. It’s time to put the Krampus back in Kristmas. (I’ve also written a big long article on just The Krampus! Read it!)

(This is a ridiculously long article, so I’ve split it into 2 pages to improve load times-there are a lot of big pictures here! It’s not a slide show, keep reading!)

December 15, 2014
A Conversation With Sonja Sadovsky (Author of "The Priestess and the Pen")
Next Post 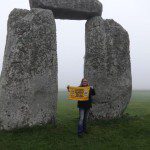 December 30, 2014 The Best of Raise the Horns 2014
Recent Comments
0 | Leave a Comment
Browse Our Archives
get the latest updates from
Raise the Horns
and the Patheos
Pagan
Channel
POPULAR AT PATHEOS Pagan
1