“Here,” my father said to me, “I thought you’d like to read my old college mythology textbooks.” I don’t remember saying anything as he handed the books over to me, but I’m sure I was grinning like the cheshire cat at afternoon tea. I was in the second grade and currently obsessed with Greek mythology. I had no idea how to say the names of any of the Greek gods (Persephone was purse a phone), but I was captivated by their stories.

I don’t remember reading very much from my Dad’s books, but I do remember other incidents that year involving the Greek gods. The most vivid was a cold and clear February day that I had off from school for (Abraham) Lincoln’s Birthday. I remember walking out of the house that day and looking up at the sun and wondering why no one was currently worshipping Zeus. It was a problem that I thought should be remedied.

“I’ll build you an altar” I said to the chief resident of Mount Olympus and proceeded to try and do just that in the empty field across from our house. I’m not sure if I really did build that altar, but looking up at and talking to Zeus on that clear Winter’s day has stuck in my mind over the years. That day didn’t make me a Pagan by any means, but it was a start.

PART TWO: CASTING MY OWN SPELL WITH SYBIL LEEK

Though I loved mythology as a kid (along with the band KISS and comic books) my biggest passion was cryptozoology and anything else that might be considered “weird.” In Kindergarten I had become fascinated by dinosaurs, that later evolved into an absolute obsession around “unknown monsters.” From dinosaurs to the Loch Ness Monster makes a certain kind of sense when you believe that Loch Ness is full of plesiosaurs, heck in the 1970’s even the Walt Disney company was promoting such theories.

Long story short if it involved anything that might be considered unknown I was reading it, and my Dad was always cool with it. In the summer between seventh and eighth grades I visited the Gallatin Tennessee Public Library and checked out a paperback book on Witchcraft. I’m convinced that the book in question was by Sybil Leek, but I can’t say that with certainty.

I never quite got around to reading the particular book in question, but on the day our library books were due I did cast a spell from it. I had misplaced one of my library books and just couldn’t find it. With every passing minute I could feel my father’s frustration with me grow and I finally decided that maybe I should try a spell from the back of the Witchcraft book. I don’t remember the spell’s exact words but it did contain the phrase “O Triple Goddess”” and when I said those words I remember a chill coming across me. It was like a whisper from something far more ancient than Jehovah.

The lost book turned up just a minute later and we were off to the library, but I was spooked! Instead of my successful spell-casting launching me down the path of the Witch it scared the bejesus out of me. The power of that moment has stayed with me for the rest of my life, and the term “O Triple Goddess” was one that would swim around in my mind from then on, but instead of finding the Goddess that day, I ran away from her. But at least I now knew she was there . . . . . .

PART THREE: CELTIC MAGIC ON THE FOURTH OF JULY

I stuck with Paganism after I turned 21 and it was due in large part to the book Celtic Magic by DJ Conway. I’ve written before about Celtic Magic, and while it ended up serving as my (finally!) way into Paganism it is not a great book. It contains some pretty horrible history and makes some crazy assertions about Druids and the Celts in general.

However, it’s extremely well written and is a pretty good Wicca 101 primer, even though Wicca is not Celtic and was never practiced by the Druids. While reading Celtic Magic over the Fourth of July weekend in 1994 I was surprised by just how much many of the ideas in the book resonated with me. “That makes sense” I’d say to myself, while mostly oblivious to the pool party that was going on around me.

But there was trepidation while reading that book too. The use of the pentacle along with the big old pentagram illustrations (pages 28 and 35) gave me pause; I was ready for a lot of the ideas in Conway’s book, not so much a bunch of occult symbols. I had grown up intensely Christian (and conservative-though by the age of 21 I was finally starting to drift away from it) and embracing symbols that I’d been taught my whole life were evil felt like a big step. What would I be getting myself involved in?

Chapter Seven of Celtic Magic is entitled Celtic Wicca & The Lady and as I got closer and closer to that chapter it was with a sense of dread. If I was going to adopt the practices outlined in the book it would have to involve Wicca and the Goddess of that tradition. I knew the word Wicca because of my earlier readings, and just reading the word gave me shivers. Back then I thought it was something old, so very old, and that tapping into that current would forever change my life. 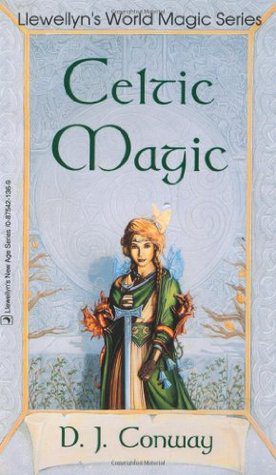 With a heavy sigh I read Celtic Wicca & the Lady and felt my worry fade away. Instead of worry there was love in those pages,and in the energy of the Goddess I could start to feel around me. In the end I was both right and wrong about Wicca. It’s not something that’s thousands of years old, but it does sometimes connect me with people from the ancient past, and much more importantly it has changed my life.

Two days after I started reading Celtic Magic I included the Goddess in my nightly prayers. When I said her name out loud I felt a power come across me, and it was all I needed to know that the powers and the gods were real. The Goddess became the centerpiece of my spiritual existence for several years, at least until old Horn Head came a calling, but that’s another story for another time.

*Did you know that today’s Dewey Decimal System catalogs computers and the internet near all of these topics? Had those books existed while I was in elementary school I might currently be sitting on a tech fortune worth several million dollars. Instead I’m a Pagan writer who makes a few hundred dollars a book. 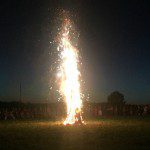 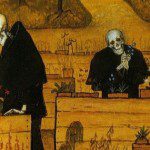 July 6, 2017 All That Dies Shall Be Reborn
Recent Comments
0 | Leave a Comment
"I can completely see Dionysus and/or Loki doing this."
Katherine Devonshire A Tale of Dionysus
"My bf and I run a podcast called The Christian and the Witch where we ..."
The Christian + the Witch Podc That’s Not Our Paganism (And You ..."
"I'll be the judge of my final destination, thank you very much, and if I ..."
Andy Blake Witch, You Vex Me
"You're right, Mark. I don't remember what motivated that response at the time, but I ..."
Craig Schumacher Of Course We Like Sex
Browse Our Archives
get the latest from
Raise the Horns
Sign up for our newsletter
POPULAR AT PATHEOS Pagan
1