International Day of the World’s Indigenous Peoples. What It Is & How It Relates To You

International Day of the World’s Indigenous Peoples. What It Is & How It Relates To You August 8, 2014 Rua Lupa

International Day of the World’s Indigenous Peoples is a United Nations awareness day on August 9th. It is meant to promote and protect the rights of the world’s indigenous population, and recognize the achievements and contributions that indigenous people make to improve world issues. In this article we will discuss the important issues that impact indigenous peoples and how that relates to you.

Indigenous. What does Indigenous even mean?
Considering that we are organisms that are related with every other living thing on this planet, a hard and fast dividing line is more likely than not arbitrary, especially between fellow humans when it comes to calling someone indigenous.

What really makes the distinction isn’t necessarily through genetics, but through generational livelihoods off of the land and sea. This is about peoples who have been living off of a region for many hundreds of generations if not more.

These peoples who have been dubbed Indigenous Peoples are all over the world, and express themselves in a great variety of ways, but all share the same root identity – the land. Everything that makes these peoples who they are is through the very land they stand on. They are born, raised, marry, and give birth to following generations on that very same land. Their stories, clothing, mannerisms, are all formed through engaging intimately with their land. They are the way they are for a reason – the land has shaped them.

Everyone should be able to agree that communities should be able to decide their future. But for some reason this freedom of choice is routinely ignored for indigenous peoples. Their livelihoods and very lives are at risk. The common threats stemming from those of resource extraction based livelihoods who want the resources on their lands. If anything there should be more say from these indigenous communities. But no. That is not the case. Peoples who have livelihoods that are resource extraction based have ended up forcing their livelihood onto them. They make the associations to the members of those land based communities derogatory terms, such as tribal or more commonly, primitive, when there really is nothing wrong with these things.

With the emphasizing on differences, fear and hate is cultivated within the surrounding resource extraction based communities. This has led to ingrained racism, hate crimes, murder, and genocides. And it is still going on today. Indigenous peoples have had their land forcibly taken from them and in turn have lost everything that makes them who they are. They are given the message “conform or become eradicated”. This is an affront to human rights and somehow has become considered acceptable, otherwise it wouldn’t be here. How can this be happening? Sadly the answer is simple, but to change its outcome is a major challenge. It is because of all of us. Our resource extraction based society demands it. There is demand for wood, meat, grain, soy, palm oil, minerals, oil, gas, drugs, and “progress”. And as a result we have people who are willing to supply it to make their living by logging, ranching, farming, mining, drilling, traffic drugs, displace and develop. And to be able to do that they are pressured to invade and take the lands of indigenous peoples. We are causing this pressure through our commodities.

If this is not tragic enough, these same peoples have contributed to our society’s well being by sharing their knowledge. Through medicines, skills, and trade with the initial settlers. If it weren’t for those human connecting relations a great many people today would instead be suffering from illnesses they knew how to treat, be dead without those medicines or because of lack of skills to support ourselves in their region, or non-existent. Whole family lines wouldn’t have existed today if it weren’t for that initial support given to settlers throughout history and the world. My family line would have certainly perished, as it is directly connected to the trade relations between my ancestors – fur traders and first nations. And I suspect a great many reading this, possibly unbeknownst, share a similar background when looking far back enough.

So What Can You Do?

Admittedly our economy is a major part of this problem – it is set up to get as many resources as possible, from concentrated source, and make a profit from its extraction. This has caused, and still causes, slavery of the indigenous peoples and environmental destruction on their very own lands. If not straight up slavery there are no worker’s rights with scant pay that can barely support the worker themselves, let alone a family. Because its cheaper, because our society has demanded cheaper goods and have disregarded how that is done.

So in the very least you can be conscious of what you are buying and using. Keeping in mind indigenous rights, worker’s rights, and environmental regulations (follow link to find relevant questionnaire and to learn more about our resource connections). Fortunately there are organizations that are dedicated to responsible labelling of goods to show that these things are upheld. There are a lot and won’t get into them, but I will point out the major categories: Fair Trade (goods that support worker’s rights, providing a living wage), Sustainable Lumber (environmentally conscious logging), and Organic (environmentally conscious farming). All of these label categories have fallen victim to “greenwashing” where the product may have the label but it simply isn’t true. So I recommend that you look into each label you are considering to rely on before purchasing based on it.

Following that you can go to your banking institution and divest from businesses that commit these atrocities. The simplest approach is not associating with multinational corporations. A better approach is to move your banking to a Credit Union who are completely invested in your own region.

You can also support organizations that themselves fight for indigenous rights. One of the biggest ones being Survival International, who focus on supporting and fighting alongside the most endangered peoples.

What really needs to happen is an overhaul on our economic system that inherently encourages these atrocities. How to go about that has a lot of various propositions. Which of these are the best way is something that I think is up to each person to determine for themselves. What would be useful is a gathering of professional economists that support an overhaul to correct the problems of the current system, work together to make one, and present it to governing bodies. Especially the United Nations who had began International Day of the World’s Indigenous Peoples. 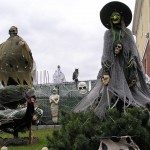