I was privileged to be a guest of honor at this year’s Pagan Spirit Gathering. It was my first PSG, and I thoroughly enjoyed being around hundreds of my fellow pagans in a beautiful rural setting. I also took the opportunity to put on my naturalist hat and see what flora, fauna, fungi and other natural phenomena I could identify.

Every morning at ten was the Morning Meeting, wherein PSG attendees would gather and listen to announcements from the event organizers, as well as enjoy music from the featured musicians and other great starts to the day. One morning, near the end of the meeting, a pair of great blue herons flew across Tall Tree Lake, first in one direction, then the other. As the speakers were standing right in front of the lake, many people had a clear line of sight. A few minutes later, far off across the road in a cornfield on a neighbor’s property, I spotted a whitetail doe picking her way through the crops, her coat rust-red in the morning sunlight.

During two of my workshops, one on ecopsychology and one on Nature Spirituality From the Ground Up, I asked who else had seen the herons that morning. Many people raised their hands. Then I asked who saw the doe. No one in either workshop had noticed her.

Now, to be fair it’s easy to tunnel-vision on things like important announcements and event speakers. And the herons were much closer to us than the deer, who was a good quarter mile off as the crow flies. So it’s not necessarily that I was better than everyone else in paying attention—for all I know I could have been surrounded by some of the best trackers in the country. But what I realized was just how much I’ve attuned my senses to the non-human portion of the world around me, even when I am immersed in human activities.

If you’ve ever gone hiking with me, or even been walking with me around a festival site, there’s a good chance I’ve interrupted a conversation to point out some living being or geological curiosity or unusual cloud formation. It’s just a normal part of my perception. The things that will stand out the most about PSG 2016 aren’t just the late-night conversations and the amazing rituals and the talented musicians and delightful vendors. It’s also the Cooper’s (or maybe sharp-shinned) hawk swooping through the trees at dusk, and the pokeweed in a ditch by the lake, and how the river south of us diverted the storms away from our little valley, and the green tree frog on my tent one evening, and the way the shagbark hickory lived up to its name, and the crawdad whose eyes sparkled out of a little hole in the ground one starlit night as I shined my flashlight on my path back to my camp.

I am by no means an expert in nature observation. Don’t ask me to track anything that’s not bleeding or leaving big footprints in the mud, and be patient while I say I can’t identify more than half the birdsongs I hear in the woods. I’ve only recently begun living close to the land again, and I have a long way to go before I come even remotely close to the skills of those who have lived there all their lives.

But I try. And I find myself improving all the time. I want to be able to share some of the ways in which I’ve been able to re-develop the observation skills that came so easily to me when I was a child bedding down on cool moss and turning over chunks of limestone to look for snakes, and which were dulled over the years as I lived in cities and neglected my wild self.

This is probably the most obvious technique: get out there and do it! Whether you’re walking around an urban neighborhood or the middle of a wilderness, consciously practice your observational skills. This may be easier said than done. If you’re anything like me you might drift into daydreaming while walking around, especially on longer treks like hikes. There’s nothing wrong with letting your mind wander; it’s one of my favorite pastimes.

But if I want to increase my ability to observe the natural world around me (and, for that matter, the human elements as well) I have to consciously make myself work for it. Back before I started deliberately nurturing these skills, I would often be nearly oblivious to what was around me except for the most obvious things like oncoming traffic or squirrels that ran directly across my path. I wasn’t paying much attention to the individual birdsongs or subtle changes in terrain. If I just went on autopilot, I wasn’t getting much information at all.

At first, I had to really pay attention to my surroundings to start picking up details. And yes, the daydreaming and other distractions would often get in my way. But over time, this “next level” of awareness became automatic, and eventually I didn’t even have to try to notice natural sensory input, even when I was engaged in conversations or thoughts.

Of course, now I want to level up again, so I’m putting in effort to notice even more details I might not have caught before. When I hear a bird singing in the trees above me, for example, I don’t just note the song and try to identify the bird. I also stop to see where the bird is and whether I can get a good look at it. Even if the bird is completely shrouded in leaves, I’m still training myself to track the source of the birdsong with my eyes. Eventually it will come as naturally to me as walking. And so my re-education continues.

There are a lot of beings and natural phenomena I can’t identify. While I can usually tell a stratus cloud from a cumulus or cirrus, I get stuck on some of the details of particular sorts of those clouds. That just makes me want to learn more.

And knowing is motivation. I love being able to say “I know exactly what that flower is!” or “I’m reasonably certain this landform was created through glaciation”. I know nature observation isn’t really a competition, but one of my personal motivations for improving my nature observation is to be able to identify even more natural phenomena than before. For the past several years I’ve been keeping track of how many living beings I can identify when I go on my hikes, and I take pictures of a few new ones to identify when I get home, too. The “I know these!” lists get longer every year, and it makes me very happy.

To that end I have a growing collection of field guides on everything from stones to butterflies to clouds. Most of them are centered on the Pacific Northwest, but ultimately I want to have a nice selection of books for all the various places I like to go. They’re handy references, and I back them up with further research online. They also help me to fine-tune my ability to recognize certain field marks, like an animal’s silhouette or basic color pattern, or what makes a plant’s leaf shape unique. These field marks make it more likely I’ll be able to recognize the being later on when I see it again.

–Teach others about nature

It really is true that you never know how much you know until you try to teach someone else. If I’m just learning about new bits of nature for myself, there’s a good chance I may forget about it later. But when I have to speak it to someone else, it solidifies the information in my mind. I’m holding it not only for myself, but for others, and that triggers a sense of accountability in my mind.

This process doesn’t have to be formal. Just going out with a few friends of family members and telling them about some of the amazing stuff we’re looking at can be enough. Heck, to that end, allow me to introduce you to one of the birds I got to see in person for the first time this past week, the green heron (not my photo, sadly): 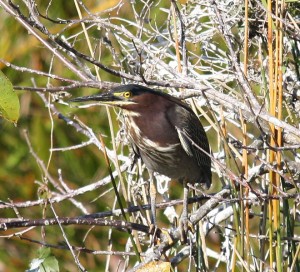 I’m sure I’ll spend the rest of my life continuing to hone these skills of observation. And as I do, I’ll have even more wonderful memories of my non-human community. 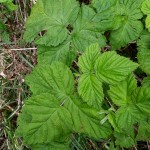 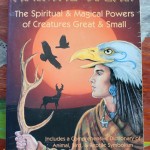