You Can Be Pagan, Or You Can Be Atheist, But You Can’t Be Both – Or So I’m Told

In my previous article I had talked about my experiences when meeting other Pagans – in how I usually end up not what they assumed through initial contact, and described how my views differ from many Pagans. What I didn’t expect was not only how many people were able to relate to it, but how many decided it worthy enough to share among their friends. What I did expect and braced myself for was people telling me that I wasn’t a real Pagan because I am an atheist. And yes, those responses were made too, but were less common than expected, being dwarfed by the comments about being able to relate to it, or being open to different kinds of Pagans. 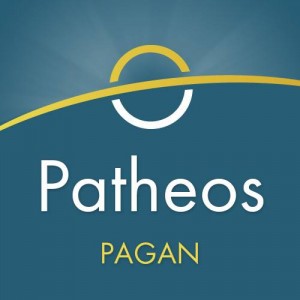 Notably most comments in general were not on the article itself, which is honestly disappointing as I feel that making comments on the blog page is good to show the breadth and depth of how the topic is viewed by others, adding to the discussion. As it was, I had to keep a tab on what people were saying via google searching, but for the most part comments remain on Facebook, and most is not visible with privacy settings – which I understand and respect. As it was, the Patheos Pagan facebook page is where I found most of the commenting, and people assumed I was aware of that post and would respond to comments on it – which they were lucky that I did because I didn’t know when it was posted there as I have no notice of it, or the comments. Many would have otherwise been left without an answer to their questions or rebuttals – and I welcome rebuttals because that is what has helped me learn and grow as a person. In fact, that is why I am an atheist.

Most atheists are not raised in an atheist household, today’s atheists commonly come from households that hold theistic beliefs, and becoming an atheist isn’t something that is an easy choice for most of us. It sure would be nice to believe that there is a utopian afterlife – for me that ideal would be The Summerlands. Or even if there was reincarnation. I’d be down with that. But what I found with my beliefs is that I only believed in such things because

a) I was isolated and raised to believe that was how the world works,

b) When I was older and more exposed to other beliefs, I believed because I wanted it to be true. And everything else commonly referred to as supernatural was much the same. You want to believe a loved one still exists somewhere out there when they die. You want to believe that you can take control of the circumstances around you with with a prayer or spell. And,

c) Because I didn’t know how to operate in a world if there was no God, let alone anything else regarded as supernatural. In other words, I was afraid about what that would mean.

It would mean that I didn’t have control over my circumstances with prayer, that no God was looking out for me, that death was really the end. And that was scary. Until I found myself finding no other way to continue to believe, and felt scared, and searched for answers in other places, and after coming up with no other explanation, did I end up finding that liberating. Thus I fall into Naturalism which is the belief that “any of several philosophical stances wherein all phenomena or hypotheses commonly labeled as supernatural are either false or not inherently different from natural phenomena or hypotheses.”

What followed was me finding that no other tradition fit my outlook on life. Other than the belief in magic, deities, animism of the abiotic, and incorporeal spirits (which I include fairies, wights, and the like in), I found myself firmly Pagan – being most able to related to Druids – especially because I did follow druidism for a few years while I was figuring stuff out. And arguably still am one because I ended up founding an off-shoot of the Reformed Druids of North America to start a tradition that I could fit in.

Nature is my source of knowledge, inspiration, and fulfillment. And no, I don’t “Just Love Nature”, that seems too much like self adoration and ignores all the other things in Nature I find deplorable – because I see Everything as part of Nature, not just “wilderness” and wildlife.

I do rituals and ceremonies based on the Solar-Earth relationship, Life Stages and Circle of Life in general, and I celebrate the seasons as they are for where I am.

Yet, that isn’t enough, some say, because I don’t believe in deities, incorporeal spirits, or magic. Fair enough. I know that those are things that some people draw the line at, and I’m okay with that, especially as I often wonder whether or not I should be considered Pagan because of those differences. I don’t care to force myself under the umbrella, I just happened to find myself here. I am going my own way in developing my own tradition – Ehoah (‘Complete Harmony within Nature’) Where there is no mention of any association with Paganism, and is open ended in not requiring a belief in deities, incorporeal spirits, or magic, but neither is it against having those beliefs. As a result I am most accurately a Naturalistic Saegoah (Saegoah meaning, “Seeker of Ehoah”).

But I wound up being seen as Pagan by others because of that tradition, and especially while I am running drum circles. I was invited to write at “No Unsacred Place”, and when that site closed its doors, I was invited by Lupa Greenwolf to write with her here at Patheos, and was smoothly accepted as one of the many writers here at Patheos Pagan. And since I am a member of Patheos and an atheist, I figured I could also submit to the Atheist Channel. But I was rejected because my writings were “too Pagan”.

Normally when talking with strangers I just say I’m a Naturalist (both in studying Nature and in Naturalism) , but when the stranger happens to be a Pagan, they instantly point out that I’m Pagan too, and we begin to share our mutual interests about Nature. Which had led me to write my previous article because that is what happens next in these very conversations. I can’t help it. Its something that happens to me all the time.

Pagan is a label that simply has claimed me, I’m just through trying to push away from it and have accepted it. You are free to think otherwise, I just can’t do anything about it but try to explain as I have in this article. The goal of which was to try to reach an understanding of how I just don’t match up with a lot of expectations of what it means to be Pagan. It’s not a simple position to be in, and I’m not trying to push my way in, I don’t care to, I’m just here doing my thing, and Pagans are the people I relate to most.

For those who are still unhappy about this, ever try putting yourself in someone else’s position? This is not something I chose lightly. I’m just in a weird position.

I apologize if you find there are too many repeats between the two – I have to assume people won’t read the previous one so I need to make things extra clear. 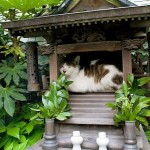 September 22, 2016 Morals For the Sake of Morels
Recent Comments
0 | Leave a Comment
Browse Our Archives
get the latest from
Pagan
Sign up for our newsletter
POPULAR AT PATHEOS Pagan
1