OK, so I am breaking my self-imposed rule of no Internet after 4 PM and can’t seem to focus on anything serious, so here is another silly post.

Everyone gets strange gifts right? Well this is the oddest one we have ever received.
We got it as a wedding present. I’m not even sure what to call it. Ms. Action calls it “The Star”. 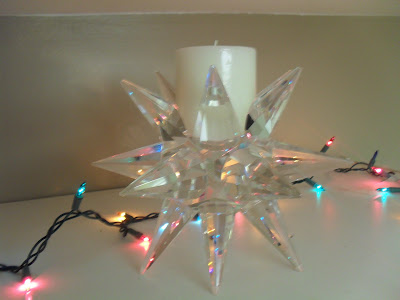 In the first place we have no idea who it was from, so it is a mystery gift.

Second, it is made out of Crystal, 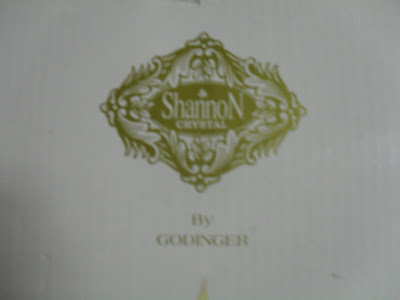 so it is highly breakable.

I have had no idea what to do with it since it weighs about 20 pounds! I’m not kidding! Well, maybe I’m exaggerating a little bit, maybe only 15 pounds. But seriously this thing is heavy! And those spiky things are really pointy which makes it even more dangerous!

I have to admit, in this picture it is rather pretty with the Christmas lights reflected in the glass, but it is still kind of strange. I’ve been afraid to do anything with it before, but now I have it out of its box for the first time and put up very high and out of reach of children.

But if our house ever gets invaded I know what I will be throwing at the intruder.

What is the strangest gift you’ve ever received?

January 22, 2010 You have GOT to be kidding me!
Recent Comments
0 | Leave a Comment
Browse Our Archives
Related posts from Permission to Live