I want to be an Atheist. Except… 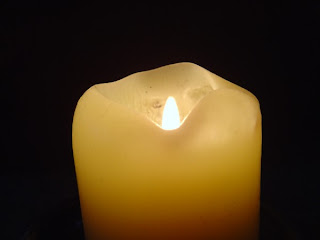 I am not a good christian. I have doubts. I don’t read much of my bible. I dread going to church. I rarely pray anymore.
Maybe it’s the time of year, January has always been a rough month for me. Maybe it’s being pregnant and hormonal, I have been more sensitive lately.
Whatever the reason, I just don’t feel as though I fit in the Christian Community. When people tell me of a life decision made because they “feel led by God”, I feel nauseous. When I hear people make endless judgements on why someone’s decision to separate from their abusive spouse is “against God’s will” I just want to slap them. When I hear mothers that are absolutely terrified of what faith and moral choices their child could make someday, I feel sad. Maybe I am being judgmental of Christians when I unfollow blogs that talk about how their christian friends aren’t Godly enough for them to be around. I shut down my IRL face book account because I couldn’t emotionally handle all the Christian friends and family members that felt the need to attack me every time I updated or linked to anything that didn’t match up with what they feel a Christian should be. Maybe that was judgemental, I don’t know.

I do know that lately God feels like just one more performance-oriented person that I can never please. And yes, I heard that God is supposed to love me just the way I am, and nothing I do can make him love me less. But that is not the case with Christians, it seems like all of them “know” that they have figured out what God wants, and they are determined or at least “pushed by their conscience” to confront people in the areas that their lives don’t match up to “what God wants.” People who don’t live up to the standards are not “like-minded” and a “bad influence”. It’s open season on non-Christians, or even “bad Christians”.

I just don’t want to be that person. Honestly, I would rather have my kid marry a decent person who is an atheist, than a fundamentalist christian. And I don’t want to live in terror of the day that my child makes a choice that might go against “what God wants” and I have to fear for their salvation.

I don’t want to act as if I am closer to God than other people are, simply because I don’t struggle with their temptations. I want to stop having to notice peoples ability to perform to the correct religious standards and learn to just be able to love them where they are at for who they are, no strings attached.

If my child is gay I cannot shun them and refuse to be a part of their life in the name of “not condoning their sin”, and I can’t understand why God would want that. I’m tired of people trying to tell me what it means to really search for God with an open heart. And I don’t want to have to teach my kids that God “loves” them, but will only accept them if they behave a certain way.

I don’t want to care anymore. 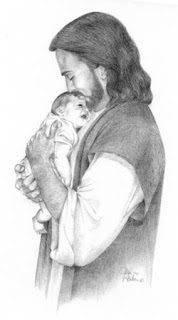 At those times, worrying in the dark, it would be nice to be able to hope that there could be something bigger, something outside of just me and my efforts. A being that could be there to love my child no matter what they went through, and someday herald the end of evil.

Except…
…when I think of the babies I’ve lost. No matter how much I feel that their little lives matter to me, I want to be able to think that they are still alive somewhere and I may meet them again someday. I want to believe that their short lives on earth were not for nothing, that there is someone else to loves them as much as I do and can give them the care that I never had the opportunity to give them in this life.

February 2, 2011 Mama Health: Time and Money
Recent Comments
0 | Leave a Comment
"As a new mom, even if my daughter is a toddler now, weaning is really ..."
Lynn Toh Weaning my Tandem Nursed Toddler
"So, I came across this post for the first time today, two years after it ..."
Sheila Warner Finally Heard? The Duggar Aftermath
"Just wanted you to know that I keep checking occasionally for updates, and I hope ..."
William Burns Brave New Life: Part 7: The ..."
"> How does that make sense?It saves them lots of money."
Tim Locke How I lost my fear of ..."
Browse Our Archives
Related posts from Permission to Live