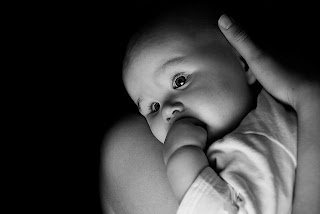 Recently Ms Drama had some dry skin patches on her lower back. One night I was rubbing some lotion on the dry spots for her and without warning she flopped onto my lap, lying over my knees, her body completely relaxed. My instant reaction was shock, and after a moment I realized why.
**************

I remember being 9 or 10 and asking my mom for help with my clothes. The zipper on the back of my dress was stuck and I couldn’t reach it with enough strength to pull it open. It proved difficult for my mom too, and when she couldn’t get it open she asked me to bend over so she could see what she was doing better. My body couldn’t do it. I heard what she was asking me to do, and my head told my body to bend over so she could get to the zipper, but my back went rigid.

My mom repeated her request and I tried to stiffly move forward a little bit, she realized what was happening and laughed “I’m not going to spank you, just bend over so I can see the zipper.”

Rationally, I guess I knew she wasn’t going to spank me, I hadn’t done anything wrong. But my body still fought. I did the best I could, but I could hardly move and the whole time she was fixing the zipper. Every muscle in my body was clenched in anticipation of being hit. My mind told me that I should trust my mom, but the muscles in my body told me that I couldn’t.

In contrast, my little daughter who has not been spanked in over a year, trusted me completely. When she flopped over my knee I went stiff from the memory of many spankings from long ago. She, on the other hand, was completely at ease, knowing that I was going to help her and not hurt her. 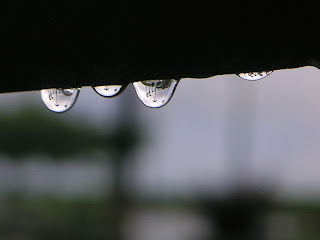 There are many Christian authors and teachers that promote the idea that spanking is a necessary or at the very least helpful part of “godly” child training. Many people try to paint the Michael Pearls and Elizabeth Kreugers of the world as the “Extremists”. But one of the most famous and well known proponents of corporal punishment is Dr James Dobson, author of “Dare to Discipline” and “The Strong-willed Child”. He is often called “America’s most trusted parenting expert”, which is kind of scary considering his approach to parenting.

A common theme in Dr Dobson’s writings, is the portrayal of the child as sin laden, selfish and destructive. In fact the whole point seems to be pitting the parent against the child, as the parent you must win at all costs. Discipline is a battle after all, are you up to the challenge? Dr Dobson recommends spanking children from the age of 18 months using an implement (Although on page 47 of “The Strong willed child” he talks about not spanking an 8 month old through their diaper?) and he is indefinite on when spanking ceases to be “effective”. His teachings on spanking for “attitude” could very easily lead to “marathon” spankings since he advocates spanking the child again if they are “crying for too long” or “crying to punish the parent”, since the parent has to “win”, this could devolve into the parent spanking over and over until he child has managed to pull together a docile enough demeanor.

To read more direct quotes from his books that summarize the parent vs. child mentality, check out this page.

This mentality is perpetuated by many other christian authors. I’ve heard Tedd Tripp’s book “Shepherding a Child’s Heart” touted as being “more grace based”. The title sounds sweet, but it’s just a repeat of all the others. He advocates spanking with an implement at an early age (also presenting spanking as the only effective discipline), giving specific instructions on how to spank children and babies based on their perceived motivations. And of course, he promotes the idea that the primary motivations of children are dark and fallen.

Tripp argues that the goal of spanking is not punitive, but corrective. Which is actually the same exact argument that Michael Pearl uses. He also links every behavior to a “heart issue”, as if childish behavior is some sort of internal spiritual problem. Yes, he argues for “changing a child’s heart” vs. “gaining conformity of behavior”, but he claims that spanking should be used to “restore relationship” (with God, and parents). As if the physical discipline of children somehow “redeems” the child of it’s faults? The whole premise is that god demands obedience and that we must make it clear to our children that “defiance” to authority is not an option.

Read here and here to get some more information on “Shepherding a child’s heart”.

Discipline and spanking are usually closely linked in Evangelical christian parenting books, the terms are often used interchangeably. Gentle discipline techniques are not emphasized. And in reading most “biblically based” parenting books that advocate corporal punishment, you get the distinct impression that without proper spanking, children will grow up completely undisciplined and unruly and most definitely not interested in becoming a Christian. A decline in spanking is what is wrong with children’s behavior today! They all seem to shout. I would argue that a decline in general attention for and communication with our children is the more probable cause.

Of course, there are rules. One general rule that seems to apply universally in these books is “don’t spank in anger”. Another is that you are just establishing who is in charge, not “ruling your children by fear.”

I don’t think it’s that simple though. Who defines anger? And why is a calm business like infliction of pain more acceptable than an “angry” one. The calm spanking sounds much more callous, and frankly a bit scary. (Even our legal system recognizes the difference between a crime of passion and pre-meditated harm.) How does this foster trust when the child knows that the parent can hurt them so calmly and seemingly without feeling? Is this method really encouraging communication between parent and child when the parent feels obligated to hurt their child and the child feels pressured to please the parent or else be spanked? 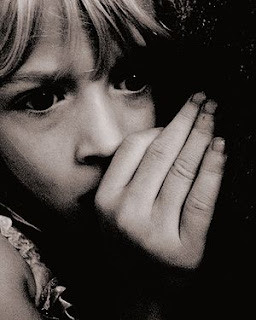 Is pain really an effective “fear free” way to establish authority? I would argue that the reason a parent can get short term compliance by spanking a child, is because they are afraid of getting spanked again. Sounds like fear to me. And hasn’t this approach been used before historically? Look at the Inquisition for example. Obviously I am not talking about using the methods of torture they used, but the mindset is the same. Use pain to force compliance and get results. Get people to recant their heresy and say what they were supposed to believe. And yet, did that method really work? Yes, maybe some people “converted”, but many recanted later, and some went to their death rather than change their minds. Why do we think that spanking can open the door to a life of Christian faith?

I’ve shared my journey as a parent who quit spanking. But I don’t really feel ready to share much of my own experience of being spanked as a child, or having siblings that got spanked. Here are several stories from people who grew up being spanked the “Christian way”, I resonated with all of them. Please read them to understand a bit more of the child’s perspective of corporal punishment.

My Experiences with Spanking

How Spanking changed my life 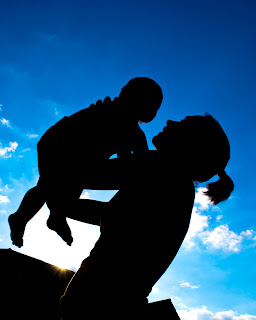 Lastly, if Jesus died to take the punishments for our sins, why do Christian parents punish their children? Is it a belief that somehow His sacrifice wasn’t enough for children? Or maybe they don’t qualify for His forgiveness until a certain age? Yes, sometimes there are consequences for some actions, but when did spanking become that consequence for children? Why did these parenting books seem to have so much “biblical” basis for corporal punishment? I know that I used to believe them, and I felt like I was being “unchristian” if I dared to think otherwise. So for anyone who has had those same struggles, I wanted to share a few series on the biblical reasoning for gentle discipline.
First of a series of 3 posts on Spanking and Proverbs.
First of a 5 part series on Why Spanking is not God’s will

January 26, 2011 Musings of a Pleaser
Recent Comments
0 | Leave a Comment
Browse Our Archives
get the latest from
Nonreligious
Sign up for our newsletter
POPULAR AT PATHEOS Nonreligious
1

How Ravi Zacharias Got Away With...
Roll to Disbelieve
Related posts from Permission to Live