Mid April, my friend the Greek teacher walked up to me at a church event and started talking to me. We chatted about C.S. Lewis and Victor Hugo and suddenly I saw “Hunk” in a different light. He was interesting, he actually listened to stuff I was saying instead of keeping quiet just long enough to formulate his response. When I saw him the next week, he ended up hanging out by me again. We talked, if I walked into another room he would wander in there himself a few moments later. I started to think that maybe he was interested in me, but I still wasn’t sure if I was interested in him.
“Jay” was still on Military leave, and he randomly tried to make conversation with me during that Sunday, maybe he was trying to “get to know me better” so I would change my mind. Later when “Jay” went back to base, I noticed that his brothers and parents were kind of following me around at church and trying to make their way into any conversation I was having with “Hunk”.
At a church potluck at the end of April, I noticed “Hunk” talking to another girl at some point during the day, and I was surprised by some feelings of jealousy. She was the girl that I considered an educated, prettier, skinnier version of myself, surely he would lose interest in me after hanging out with her. (I had no idea she was talking about the new raw diet she was trying out, and that he was bored and trying to figure out a way to get out of the conversation politely.) Later that day “Hunk” and I arranged to get together under the guise of letting our siblings hang out. 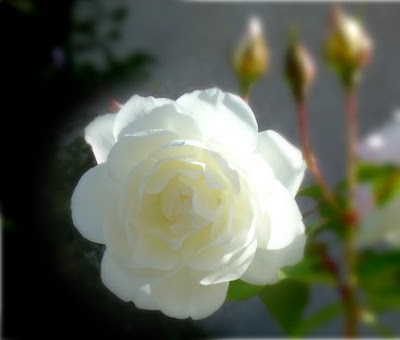 The day they were scheduled to come over, I was nervous. I’m sure it showed. I took a shower, covered blemishes with concealer, and even wore the only pair of pants I owned without express reason or permission from my parents. (“Hunk” liked those jeans, it was the first time he’d ever seen me in pants. I still have them even though they no longer fit me.) We ate lunch at our house, and all of us hung out and chatted.

At some point we started talking about maybe going to see a movie together, so we all piled into the 15 passenger van and drove off to see “The Pacifier” with Vin Diesel. All the siblings that were with us got their tickets, but by that time “Hunk” and I had decided that we could do without the movie, we wanted to make the most of our chance to talk. They went into the theatre and we went back to the van, and he asked if we could run over to the nearby mall and get a coffee together. I hesitated, because technically I was not allowed to be alone with a person of the opposite sex, so I called my Dad on the cell phone and asked for permission to get coffee. My Dad said no, and that if we were not going to the movie in the company of our siblings, we would need to come back home. So we drove the 5 minutes back to my house and sat in the living room with the babies and talked, and talked.
By now we were kind of discussing what the various courtship rules of our families were, and later that day when he and his siblings went home, we were both excited about how much we related to each other.
At a church event later that week, we talked some more (all while trying to evade the creepy pursuit of “Jay’s” family who was still trying to keep an eye on me). By the end of the night, “Hunk” asked what our family believed about courtship, and I replied that the guy interested would have to speak to my dad. He said “would it be OK if the guy asked the girl if she was interested first?” I said that I thought it would be. So he asked me if I would be willing for him to ask my Dad’s permission to court me.
My heart beat faster as I said that “I’d give it a try”.
*******************
On Sunday, “Hunk” wore all black, and fidgeted through the entire hour long sermon. Afterwards he approached my Dad to ask. My Dad already knew it was coming because he had already talked to “Hunk’s” father about it. My Dad approved of everything he’d had a chance to observe so far, so we were promptly invited over to dinner as a family. Our families ate together, and then the siblings were dismissed so the parents could restate the rules of the courtship . No touching of any kind, the goal was to see if we were compatible for marriage and that was subject to the review of the parents at any time, we were not allowed to go or be anywhere without a parent approved chaperon. Then each father prayed aloud for the beginning of this courtship, and we were told that we could walk around the back yard (where they could see us from the window) and talk some more, which we gladly did.
Our Courtship had begun.

March 5, 2011 Saturday Evening Post #12
Recent Comments
0 | Leave a Comment
Browse Our Archives
get the latest from
Nonreligious
Sign up for our newsletter
POPULAR AT PATHEOS Nonreligious
1