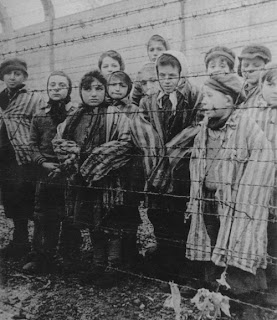 Recently we were watching a movie depicting the story of a Jewish girl in Holland during the Holocaust. Over the course of the story, she lost her entire family as well as many friends, and became a resistance fighter herself. Experiencing loss after loss, toward the end of the movie she screamed “when will it all end!?”, and that line touched something deep inside my soul.

The world is filled with so much evil; sex trafficking, abuse of children, abuse of ourselves. The list is endless. Religion seems to offer a way out, but sadly it often becomes the addiction that fuels further abuse, resulting in people who cannot love themselves and are hence incapable of loving others. People obsessed with performing sufficiently for an angry god who is watching for any little mistake, and tying heavy burdens on anyone who seeks to find god themselves. Arguments to convince people that unless you follow god exactly their way, god will be angry with you and send you to eternal punishment.

It’s all part of the reasoning that unless you convict people of their sins, you have no way to show them why they need a savior. But I think it’s much easier than that. I was able to understand the concept of evil in the world far sooner than I was able to understand the contributions I make to that evil. We can all resonate with the cry of the Jewish woman in the middle of one of the most horrific historic events the world has ever known “when will it all end?”

I remember the last words my Grandpa said to my husband and me when we visited him shortly before his death. “Keep the faith”. For many people my Grandpa’s faith wouldn’t have been enough, but he is one of my inspirations to keep trying to make sense of the whole God thing. I’ve also been watching the struggle of a middle aged husband and father in our church. He just recently died after a relatively short but intense battle with cancer, and it’s been heartbreaking to watch. But he had peace in his hope for the future for his children, as well as the hope of meeting them again someday.

Religion doesn’t really solve many of the questions and problems we face in this world. Religion certainly isn’t based on answered prayers. Natural disasters, disease and death still take their toll.

Lately I’ve been watching a show called “Little Mosque on the Prairie”, and it’s been good for me. The cast is full of a variety of characters, from practicing Muslims to fundamentalist Muslims, just like every other religion. And yet, they learn to get along with each other, and even with the Christians in their town. In the first season of this show, the clergy members of the church and the mosque spend no time condemning the other religions in town; instead they all look for the common good and build each other up.

Maybe religion isn’t the answer everyone claims it is, maybe it’s just a whole bunch more questions. Maybe religion is just a part of life. Maybe it is just the expression of the hope we all have for something more. 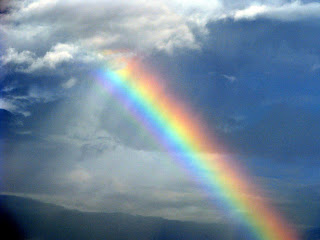 Maybe that hope is as simple as the line in the Lord’s Prayer “deliver us from evil”. Because, after all. Isn’t that what Jesus came to do? He came to show us what love really is, to demonstrate what it really looks like to live a life of love. And who killed him for it? The religious perfectionists who couldn’t handle the idea of grace. People who were so angry over what they saw as a violation of the commandment to keep the Sabbath, they were ready to commit a violation of the commandment not to kill.
We have modern day examples of this as well, in people who want to punish murder or abortion with the death penalty. Death for death sounds a lot like eye for an eye and tooth for a tooth doesn’t it? But in reality, I think it is something we all do. We figure that whatever speaks to us the most about faith should be just as important to every other member of our religious group. When we feel that we’ve discovered the truth, we feel that we have the answer for everyone else. We have a hard time relating to or even giving respect to people who haven’t figured out “the answer” like we have.
But none of those things draw me to faith anymore.
So what are the reasons to believe?
I no longer think that it’s about having the answer;
I think it’s about having hope.
Hope for deliverance from the evil that makes each of us ask, “when will it all end?”
Previous Post

February 28, 2011
Waiting and Hoping: My Courtship Story: Part 2
Next Post