The Countdown: My Courtship Story: Part 6 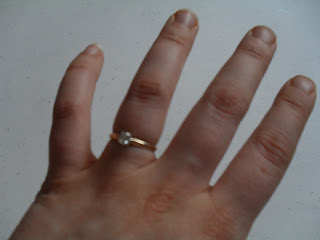 Engagement was a really awkward and frustrating time in relating to my parents. They continued to control so much of our relationship, and it was hard for us to set any boundaries because in the patriarchal mindset I was still under my father’s authority. I really wanted to make it to the wedding smoothly without too much conflict, so I continued to try and balance my relationship with my fiancé’ with obedience to my parents. But in my heart, my loyalties were already shifting to “Hunk”. I was tired of asking my parents permission for every little thing, and “Hunk” would sometimes get frustrated with my inability to make decisions on my own. 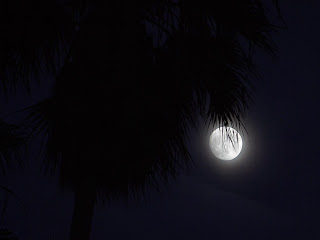 One night we walked down to the beach together, and spent some time looking at the stars that hung so low it was almost as though I could reach out and grab them out of the sky. It felt so peaceful there, I wished we could stay forever. I was starting to feel so comfortable with “Hunk”, I was more and more certain of my choice to marry him, it felt like freedom. We danced together in the moonlight, barefoot in the surf. Then “Hunk” picked me up to swing me around, and in the dark my lips bumped into his. A moment later we sprang away from each other and I covered my mouth with my hand wondering if this was my first kiss? “Hunk” apologized right away, and I tried to explain it away in my head. It couldn’t really be a kiss right? There was no pre-meditation (on my part at least 😉 and our lips had barely touched. As we walked back to join his family at the place we were all staying, I decided that it was kind of a kiss, after all it was such a romantic place to have a first kiss! I wanted to kiss him again (for real this time!) But I had been told over and over how kissing would instantly lead to sex, and I wanted to obey my parents and be a good example to my siblings of “purity”. This kiss had felt so beautiful and natural, not bad or dirty at all. But there was no way I was telling my parents about this, I resolved to redouble our efforts to be more careful from now on.

April 1, 2011 Quick Takes #33: Strange conversations at our house
Recent Comments
0 | Leave a Comment
"As a new mom, even if my daughter is a toddler now, weaning is really ..."
Lynn Toh Weaning my Tandem Nursed Toddler
"So, I came across this post for the first time today, two years after it ..."
Sheila Warner Finally Heard? The Duggar Aftermath
"Just wanted you to know that I keep checking occasionally for updates, and I hope ..."
William Burns Brave New Life: Part 7: The ..."
"> How does that make sense?It saves them lots of money."
Tim Locke How I lost my fear of ..."
Browse Our Archives
Related posts from Permission to Live