Will you Marry Me?: My Courtship Story: Part 5

Two days later, I was allowed to drive over to “Hunk’s” house for the first time (with a sister along) and when I go there we went for a walk around the block alone (his family was a bit more liberal than mine). I had explained to my Dad that it felt very awkward to not be able to touch at all, and he had approved of us holding hands and promised to give “Hunk” a call to give him permission to do so. 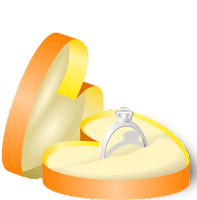 “Arise, my darling,
my beautiful one, come with me.
See! The winter is past; the rains are over and gone.
Flowers appear on the earth;
the season of singing has come.”