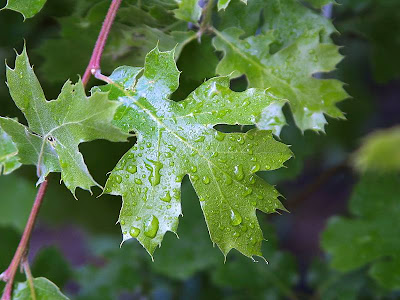 I recently found an old list of “important goals” that I wanted to achieve in parenting. The list was titled Baby Boot Camp and it included weaning my kids off their pacifier and bottle, teaching them to come immediately when called, potty training my oldest, teaching them to stop whatever they were doing when I told them to, and training them to sit still through a church service.

At the time I wrote this list, my children were aged two and one. About six months after I made that list, when I was 8 months pregnant with our third, tired and overwhelmed and struggling with depression again, I realized that I was an abusive parent.

It was the evening of a long day, my husband was gone at a council meeting. I was tired and my 2 year old daughter had disappeared into the basement where she wasn’t supposed to go again. I yelled from the top of the stairs for her to come up, and there was no response. I yelled again, threatening a spanking if she didn’t come right NOW. She came, but very slowly, taking her own sweet time, even though I yelled at her to hurry up. By the time she got to the top of the stairs I was fed up. She had disobeyed in going down the stairs in the first place, and she had failed to come the first time I called her. I grabbed her by the arm and smacked her bottom two or three times with the wooden spoon like I always did when she was being “rebellious”. But this time I moved her clothing over to the side. I wanted it to hurt her more, so that she would get the message and come right away next time. The minute I hit her bare skin, the red welt appeared. I dropped the spoon. I felt as if I was going to throw up. It wasn’t the first time I had hit her with the spoon, I had begun to use it several months before when smacking with my hand was no longer effective. I had left the imprint of my hand on her thigh before, but the marks always faded quickly, and I had never left bruises, so I told myself I had never gone “to far”. But this time it was different. How could I be turning into this person, someone who wanted to hurt my baby?

I pushed my sobbing little girl away from me (afraid of hurting her more than I already had) and curled up on the couch and cried. My worst fears were being realized. I was treating my kids in the ways that I had sworn I would never repeat. That night when my husband got home, I told him that I needed to take a break from spanking for awhile, to try and figure out where I was going wrong. To my surprise, he was completely supportive and even suggested that we could stop spanking entirely. And so began a journey. A journey of discovering my children for the first time. A journey of discovering myself for the first time.

Looking back with what I know now, I never would have had children so soon after I got married. I was burnt out from parenting siblings for most of my life. I was ignorant of all of the anger I had bottled up deep inside, and I was depressed. As I’ve started to be honest with myself these last two years, letting myself remember for the first time, I was so afraid. Afraid that it was too late. Afraid that my kids were doomed to the same abuse that I had lived with. Afraid, that my kids would hate me someday.

If I am honest, I am still afraid sometimes. I’m afraid that I will not heal everything in time, that my kids will grow up and still have suffered from my ignorance. In a way I am grateful that the choice to be a mom was kind of made for me, because if I was waiting to feel fearless, I would put it off forever, and never be able to experience the beauty my children bring to the world. 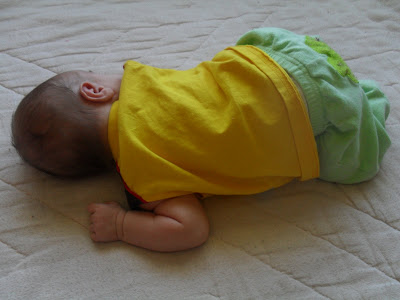 Four weeks ago, as I pulled our brand new baby into my arms, my husband announced that we had a baby boy. And I was suddenly overwhelmed by emotion. I held my baby knowing that he would never be hit by his parents, that he would be treated gently and with respect. He will be free to be whoever he is, and not shamed into being whatever his parents want him to be.

I held him knowing that as a boy, he would not experience less affection than our girls, he would get just as many hugs and kisses and snuggles. I held him knowing that he will never have to live up to some false expectation of what it means to be “a man”. He won’t be bullied and mocked into being “tough”, he won’t be automatically blamed and punished in the name of “respecting women” every time he gets into a fight with a sister.

It was in that moment that hope was born, and I realized that I am doing it. I am a good mom. I am a gentle mom who loves, and never stops seeking to grow. So why am I still haunted by memories of spanking my small children? Why does my heart sink when I watch home videos from several years ago and see how unaware I was of my disrespect towards my children?

As I’ve continued the hard work of healing, I’ve realized that I will never parent the way I was parented. And I know that I will not ever lose my drive to apologize for and seek to change whatever mistakes I make. Those things give me hope that my children will experience a better childhood than I did.

But I regret those wasted months and years where I didn’t know my children. I know I am different now, but that can’t change my actions then. How could I have missed what I see now? How could I have hurt my babies when I loved them so much even then? How can I be sure that I am taking advantage of every moment, as time slips by all too quickly and my babies grow up right in front of me?
Linking this post up at “Things I Can’t Say”. Head over there to “Pour your Heart Out.”
Previous Post

June 10, 2011 My Peaceful Birth
Recent Comments
0 | Leave a Comment
"As a new mom, even if my daughter is a toddler now, weaning is really ..."
Lynn Toh Weaning my Tandem Nursed Toddler
"So, I came across this post for the first time today, two years after it ..."
Sheila Warner Finally Heard? The Duggar Aftermath
"Just wanted you to know that I keep checking occasionally for updates, and I hope ..."
William Burns Brave New Life: Part 7: The ..."
"> How does that make sense?It saves them lots of money."
Tim Locke How I lost my fear of ..."
Browse Our Archives
Related posts from Permission to Live