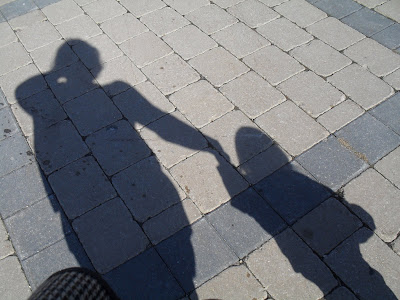 A few months ago, the girls and I were sitting in the car waiting for my husband. A fire truck went by, sirens blaring and Ms Action piped up from the back seat. “Mom! Mom! That fire truck is going to a fire! They will put out the fire so we can be safe.” We talked about fires for a bit, and then the car was silent for a moment.

She piped up again. “We need to keep our bodies safe too. My body is MY body, and nobody can touch my private parts.” I’d started this discussion a few months before and we had read the books and talked about it here and there. Now she was bringing it up on her own, unprompted. “You are right.” I responded. “No one can touch your private parts because they belong to you.” She thought for a minute. “If anyone tries to touch my bum, then I can say “No! That is MY body. You can’t touch it.” And then I should tell mom or dad.” I was surprised by how well she was articulating this, she is only 4 and we hadn’t talked about this incessantly, only a few times. But she was remembering a lot of what we had covered. Since she was interested in talking about it, we spent a few minutes discussing how she can always say no if someone is touching her in a private place or just in a way she doesn’t like, even if it is someone she knows very well, like a friend or an uncle or aunt. And then the conversation moved on to other topics.

Talking about Sexual Abuse with your children can be scary and very awkward for parents. Many parents try to avoid it entirely by hoping that if they can control enough of their child’s environment they will protect their child from any abuse. But no amount of sheltering your child can prevent them from encountering issues that we would rather our children never have to deal with. Protecting my children is very important to me, but I am also a strong believer in preparing and equipping my children to deal with possibly abusive situations they may encounter. I’ve done some research as I’ve attempted to begin this process with my children, and I thought I’d share some of the information I’ve pulled together.

Here are some of the common mistakes made in this very important discussion.

Delaying the conversation because the child is “too young”:
10 is too old to start this discussion, 6 is too old. In many cases sexual abuse starts BEFORE age 4. Obviously, be age appropriate. But PLEASE start talking about it!

Referring to sexual abuse as a “yucky” touch:
Sexual touch may make a child feel uncomfortable, but depending on their comfort level with the abuser and how well the abuser has “groomed” them or prepared them, sexual touch could feel commonplace or even pleasurable. Defining sexual abuse solely as a “yucky touch” can be very confusing to children.

Referring to potential sexual abusers as “strangers”:
While stranger danger is important for children to understand, the fact is that 68% of sexually abused children are abused in their own home (or the home of a relative) by family members. And many others are abused by people they know well, such as friends, babysitters and clergy members. Only a very small percentage of children are abused by someone they do not know.

Not getting specific about body parts and scenarios of abuse:
Many parents are very vague when it comes to talking about private areas of the body. I realize that this may be uncomfortable, but children need to know what the parts are called, and where they are on their body. Referring to “private parts” without explaining what those parts are is not helpful. Even the cop out of “parts that are covered by your bathing suit” is not sufficient. How can your child explain to you that someone asked them to touch a body part that they don’t have a name for? Many parents never go through specific scenarios, or talk through what an abuser might say to their child. An abuser could use persuasion, threats, or even bribery. The parent could teach their child not to let someone touch their private areas, but what if the abuser never tries to do that? What if the abuser only tries to get the child to touch them? Specific scenarios should be part of this process.

As a parent, you should know what sexual abuse is. There are some great websites out there that seek to educate parents on this important issue, as well as other resources for families already dealing with the repercussions of abuse.

Stop-It-Now
DARKNESS to LIGHT
RAINN
ChildHelp
American Humane Association
Give your children words to use, and practice how to say them. My 4 year old and 3 year old already know how to say “This is my body, don’t touch it.” Dulce de Leche explains it well in this post. 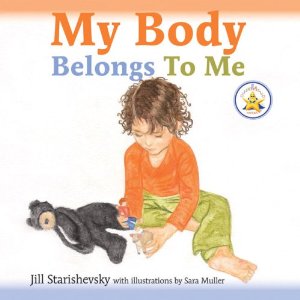 There are books out there that can open the door for this conversation. But many of them are vague and insufficient. A good book needs to clear up specific body parts, make it clear that an abuser could be anyone (including someone in your family), be clear that your child should never do anything that makes them feel uncomfortable, but also emphasis that private parts are private and never for sharing. Other issues to address are someone talking about sex or showing your child sexual materials, someone asking to see your child’s private parts or exposing their own, someone touching your child’s private parts or asking them to touch the abusers, or even someone wanting to take pictures of your child’s body. Games that involve taking off clothing are not OK, clothes should stay on.

Discussions should also contain reassurance that it is never the child’s fault, that it is always safe to tell, and if someone doesn’t believe them to keep telling until someone does.

These are some of the best children’s books I’ve found so far:
My body belongs to me
Those are my private parts!
I said No! A kid-to-kid guide to keeping your private parts private
My body is private

Read the books, talk it through. Then talk about it when it comes up, or bring it up again periodically yourself. This doesn’t have to be as scary as it sounds. Be matter of fact, kids don’t get scared unless you present it that way. It’s part of all the safety talks we have, such as what to do if there is a fire, what to do if you see baby playing with something sharp or why crossing the street can be dangerous. If your child is older and you are starting this type of conversation for the first time, be sure to ask if anyone has ever abused them or tried too. It is very important that you believe what they tell you, even if they don’t tell you right away. Children often feel very ashamed and blame themselves for whatever happened, so it may take time for them to reveal if they were abused. They need to know that you are a safe person for them to talk too.

Children need to know that they are worthy of respect, if anyone doesn’t respect the boundaries they set in place, they need to tell someone they trust because that is never OK. I feel that spanking can be detrimental to this process, because children learn that people can violate their boundaries and cause them pain if they are bigger, stronger or “in charge”. I want my children to understand that no one ever has the right to hurt them or treat them in a way that makes them uncomfortable. I want them to know that they always have a say in how they are treated and that they shouldn’t trust someone who hurts them.