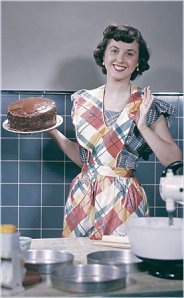 This is a topic close to my heart, and I’ve been thinking about it and planning a post for some time. So when I saw this post today, I was prompted to finally put together my thoughts.

Calah argues that men and women are different, and that men are largely persecuted for being men. I agreed with her point on how men are mocked in the media today, but I pretty much disagreed with everything in her post. Aside from the fact that women are mocked in the media as well, (Haven’t you seen those stay-at-home moms in the commercials who magically have it all together because they bought air freshener? Or the woman in the weight loss commercial bemoaning the fact that she “used to be pretty” and now she can’t even leave her house now because she is a size 12? Gender discrimination against both sexes is alive and well) I would argue that these shows are largely mocking the stereotyped roles that men are “supposed” to fill, not the men themselves. Is it frustrating that the stereotypes are mocked? Yes, because some people may truly fit into those stereotypes and it is not right for them to be made fun of.

But it is more frustrating that those stereotypes exist in the first place.

Somehow society has become convinced that there is a right way and a wrong way to be the sex you are. Boys are told to toughen up and quit crying, girls are showered with messages about how their value is tied to their beauty (as defined by the surrounding culture). These are just a few examples of the stereotypes that have been around for some time in the western world. While men are still largely stuck in the role created for them, recently there has been some effort to fight back on behalf of women. But instead of seeing this as a good thing, and doing the rest of the work to debunk these stereotypes, many people see this as a major step back.

I was raised in a home that strongly believed in gender roles, and enforced it with their children. I was told constantly that I was not smart enough as a female to be interested in “that”, and I should pick something better suited to my gender’s abilities. I was reminded that I was too emotional as a girl to make that decision, better to leave it to the male leader in my life who had the inborn talent for making good choices. We were told constantly, Girls are different than Boys! My parents were out to raise men and women the way they were “supposed” to be. If only everyone thought as we did, and trained their boys to be strong leaders and good providers, and shaped their women to be quiet, submissive homeschooling stay at home moms, then everything that was “wrong” with the world would be righted. There would be no more marital strife, no more gays or lesbians, no more unemployment, no more abortion. Everyone would know their role and be happy working in it. (Looking back it sounds a lot like communism to me.)

People risk life and limb to immigrate (sometimes even illegally) to make it into a country where they can have a job, an education, freedom of religion. I grew up in one of those countries, but I was denied all of those freedoms. Sometimes it is still hard for me to believe that I actually have them. 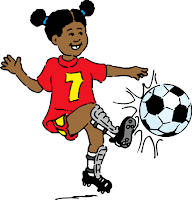 My interests were shaped to be stereotypical, and I was able to adjust fairly well. I funnelled my creativity into cooking, and sewing. I gave up on higher education because as my parents told me over and over, it wasn’t necessary for my role in life and could in fact even be detrimental since having interests other than the home would only make me discontent in my “god-given role”. Other siblings were not so well off. A sister close in age to me hated cooking and crafts. She was interested in being active, and loved sports. She begged to be allowed to participate in soccer or basketball teams, but my parents were determined to make her conform into the stereotypical girl. So she was not allowed to cut her hair, she had to wear dresses like the rest of us girls, she was not allowed to join a sport, and had to keep plugging away at cooking and cleaning. She did not fit the mold. She was not the stereotypical girl she was “supposed” to be. My parents were so convinced that boys and girls were very very different, that they refused to see that their own daughter had other gifts and interests. Several years after I left home, another one of my sisters joined a martial arts class as an older teen. My parents were upset. They threatened to cancel her member ship over and over. They complained about how this would only teach her to be confident and aggressive like a man, and argued that she was wasting money learning a skill that could never be used during her upcoming life as a pregnant mom of many children. And this type of thing didn’t just effect the women in this mindset, the boys are trapped too. My brother loves to cook, but he has been “gently” steered towards other things that would be more lucrative in order to support the large family and stay at home wife that my parents are sure he will have one day. My husband remembers being made fun of and shamed when he expressed interests that were not gender-conforming. He remembers being sad as a ten year old when it dawned on him that he would never be able to be at home with his kids, and would probably be working very long hours away from them every day.

And this isn’t even getting into the messages about sexuality. Of course we girls knew that all men were just interested in us for our bodies, so we had to cover them up as much as possible, as well as avoid spending time with men. The boys got this too. My husband remembers his parents framing every conversation he ever had with a girl (after he turned 14 or so) as a possible romantic interest. He learned to doubt himself and question his own motives in having friends or even chit chat after church.

After we got married, we both lived in our determined roles for several years. Being who we were told we had to be. And it was a huge burden on both of us. I was exhausted from having exclusive care of the children and the house. I was bored with the housekeeping routine. The depression I thought would disappear after leaving my parents home lingered. My capacity for thought and research was stifled by the role I had been tailored for. My husband was working long hours. And when he was home, he was often playing computer games. He had no idea how to relate to our kids, his understanding of fatherhood was highly influenced by the surroundings and education of the patriarchal homeschooling world,  his example was the hardworking provider his own dad had been. His capacity for nurture and connection was stifled by the role our culture tailored for him.

It took several years for us to ditch the gender role “utopia” and start the learning process to just be who we are, instead of who we were “supposed to be”.

I’ve come to believe that most of the “gender differences” we are conditioned to see, are merely personality, and have nothing to do with the sex of that person. Yes, maybe the argument can be made that possibly the “active, hands on, critical thinker” personality surfaces more often in males than in females, and the “nurturing, gentle, compassionate” personality is perhaps more common in women. But even there I wonder if a large proportion of that is conditioning and not proof of gender differences. Programming is hard to shake, and if you are told your entire life, by family, teachers, books, media and religious leaders that you are a certain way, it is hard to be brave enough to say anything to the contrary.

Once I started to shake the old messages of what women are “created to be”, I started to discover that I was not as dumb or helpless as I was conditioned to be. Women are not genetically more nurturing or gentle or loving. We all have the capacity to be a loving compassionate person, and the more compassion we have been shown, the more likely we are to pass it on. Both men and women have the capacity to be incredible parents, no one sex has the monopoly on parenting abilities. Girls are not always dainty and pretty, my girls have farting contests and make endless poop jokes and break toys sometimes. Depending on their personality they can take injury in stride, or they may need hugs and kisses to make it better. Men are not all hopelessly unable to share emotions, I’ve watched my husband change from gruff and bossy, to gentle and encouraging. Almost everything that my dad told me about men, was wrong.

I’ve found my ability to see and understand the personalities of my children has gone way up once I stopped reading books on the “differences” between boys and girls. And my connection with my husband has improved substantially once I threw out all those Christian books on marriage and the “battle of the sexes” and just noticed and accepted him for who he was.

Women are just as capable if deep thought, long term goals and decision making as men. Men are just as capable of affection, housekeeping and appreciation of beauty as women. Every person should be free to pursue their interests and be whoever they are, whether that is a Dr, stay-at-home parent, or truck driver. After all, if these gender differences were that stark and obvious, why are there so many books on how to treat boys and girls differently? Why do we need so much coaching on the differences between the genders if we are supposedly born that way? If girls and boys are genetically designed to be very different from one another why do we spend so much time and effort trying to create the right environment for them to become “real” men and “real” women. Once upon a time, we punished left-handed children until they wrote the “correct” way, with their right hand. How often is the gender divide an attempt to do the same thing?

We each have our own set of gifts, interests and abilities. Every personality is unique and different, and much of that will have nothing to do with the sex of that person. Why can’t we accept and love each person for who they are, instead of comparing them to a false exaggeration of what they are.
Previous Post