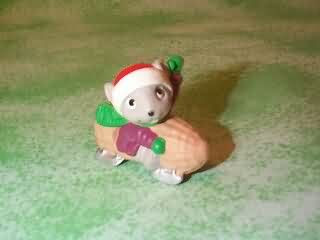 It’s been a while since I updated on the cute and silly stuff
my kids have been saying and doing, so here you go.

3 month old Baby Boy recently started rolling over from back to tummy, hasn’t figured out the whole tummy to back part yet, and he still tends to get his arm stuck underneath him when rolling, which infuriates him. He is very strong, and scared me recently by pulling a pillow across the bed towards him during nap time. (Pillows are now kept far away from him when sleeping!) He is also very vocal. He talks and talks when you encourage him a bit, he even talks while nursing (which makes for some milky bubbly conversations). I have no idea what he’s rambling about, but it must be something nice because he never stops smiling. I think he is the smiliest baby I’ve ever had. He will get upset when I’m out of his line of vision and the minute I come over and say hi to him he is beaming ear to ear.

Almost 2 year old Ms Pooky’s vocabulary is growing by leaps and bounds. Whenever she is upset, or doesn’t want to do something, she will pout and say “don’t like that game!” When passing the lama’s at the zoo she pointed and said “Look! 3 lamas!” which surprised me since I didn’t know that she knew what they were called. She is still nursing (she calls it “umdoo”) and this is the longest I have ever nursed any of my babies. It has been challenging in some ways, because I often feel very touched out, but it’s mostly been going very well. All of my children have pretended to nurse their stuffed animals and dolls, but this is the first time I’ve seen a child pretend that the animals and dollies are nursing each other. It’s pretty entertaining to overhear the toy cow and horse from the barn requesting “umdoo” from the stuffed tiger.

Recently, 3 year old Ms Drama and I were reading a Richard Scarry book and she seemed very interested in the “peanut car” that a mouse was driving. As we read the book, she kept going back to that page again and again to look at the picture of the mouse driving the peanut. Finally she asked me with a puzzled look, “A peanut? Like boys and daddies have? How can you have a peanut car?” And that was when I remembered that she pronounces “Penis” as “Peanut”. She also has an incredible memory. While we were at the zoo, we realized that her sippy cup missing. As we were searching through the diaper bag and stroller, she informed us that she had left it at the butterfly house. We were sceptical since it had been a good half hour since we’d left the butterfly house. But sure enough, there it was sitting on a bench.

From the lips of 4 year old Ms Action:

“I went to Kenya where there are lots of plants and animals and tape, and I got some big tape there.” (Not sure where she go this one. I don’t recall talking about Kenya, or tape for that matter.)

“Goliath killed Jesus. But it was OK because Jesus came back to life and then he told Goliath not to hurt people anymore.” (I wish honey.)

“Mom, a long time ago, like 25 years ago, I had a different mommy. And she was very tall, and she had a beautiful dress… and a carrot.” (I’m pretty short, and I hardly ever wear dresses. But I do love carrots, so that that sounds OK.)

Anything cute or silly going on at your house recently?
Previous Post

August 17, 2011
The Decision that Changed my Life
Next Post

August 24, 2011 Why I wish I had gone to College
Recent Comments
0 | Leave a Comment
"As a new mom, even if my daughter is a toddler now, weaning is really ..."
Lynn Toh Weaning my Tandem Nursed Toddler
"So, I came across this post for the first time today, two years after it ..."
Sheila Warner Finally Heard? The Duggar Aftermath
"Just wanted you to know that I keep checking occasionally for updates, and I hope ..."
William Burns Brave New Life: Part 7: The ..."
"> How does that make sense?It saves them lots of money."
Tim Locke How I lost my fear of ..."
Browse Our Archives
Related posts from Permission to Live