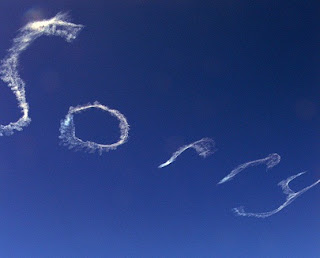 Early last year we got home after a church service, I was huge and pregnant, and tired, and feeling fried after so much religious talk. The kids were whining, and 4 year old Ms Action and 3 year old Ms Drama started fighting about something. I yelled over my shoulder at them to stop it as I waddled into the bathroom to pee. The fight continued, and as I came out of the bathroom I saw Ms Drama slap her sister. Old instincts kicked in on top of frustration, and without thinking I grabbed her arm and smacked her hand saying “don’t hit your sister!”.

Her mouth dropped open in shock and she screamed. I doubt she cognitively remembers being spanked, so it may be the first time in her memory that I hit her. I stormed away into the kitchen and left her crying in the hall. About a half hour later when I had cooled down, I was explaining to my husband how I felt crappy because I had broken my non-spanking stance and smacked Ms Drama. He replied “why don’t you apologize to her?” I thought of the usual excuses, but after a moment I went over to where she was watching a cartoon with her sisters and sat down next to her and said “I’m sorry I hit you, hitting hurts, hitting is not OK.” She suddenly transformed from sullen and reserved, to smiling shyly and giving me a strangle hug.

I used to tell myself that my kids didn’t deserve to be apologized too. If they had been behaving in the first place I never would have done anything that I needed to apologize for. Plus they were really young anyways right? They would forget whatever had happened within a few minutes, so my apologizing would just remind them of that conflict. I also think my aversion to apologizing was related to how my parents forced us to apologize for whatever they decided we had done wrong, sometimes apologizing was the only way to appease them, even if you hadn’t done anything. Coupled with this, my parents rarely if ever apologized to their children, and never admitted wrong. Children were always the wrong ones, being an adult gave you the privilege of always being right.

As I’ve started to realize just powerful a heartfelt apology is, I found myself wanting to kick my pride to the corner and give my children the gift of admitting wrong. And it has changed everything about how we relate. So many bad days have been stopped in their tracks by a simple apology. I have made mistakes, and I’m sure that I will continue to do so. Being an adult does not mean you are always right, like I believed as a child.

Obviously, if I were to keep doing whatever I am apologizing for again and again, my apology would be ineffective. One’s actions speak as loud, or louder than one’s words. But, I’ve found that when I apologize for something I am far more likely to hold myself to it and do the work to make sure it doesn’t continue to happen, and that change is a priority to me.

In my reading on this topic, I came across the book “The Power of the Apology” by Beverly Engel, and I really liked the way she summed up the elements of a meaningful apology.

Regret
A statement of regret for having caused harm or pain. This is where empathy for the other persons experience comes in. Putting yourself in the shoes of the person you have harmed and feeling sorrow for the pain you caused.
Responsibility
An acknowledgement and acceptance of responsibility for your actions. This means no blaming or excuses. This includes “I’m sorry… but”.
Remedy
A statement of willingness to take action to remedy the situation. Either not repeating the action or doing the real work involved in eliminating/remedying the problem.
********************

A little over a year ago (6 years after getting married and moving out of my parents house) I sent a letter to my parents confronting them about the abuse in my childhood for the first time. Since then I have received some my first apologies ever from them, but most of the time they rung rather hallow. Both parents had progressed to the point where they could express regret for certain things, but that was where the apology halted. I heard a lot of excuses of why they had treated me the way they did, as if they were trying to justify their actions. And there was no effort to change anything. In many ways they treated my siblings who were still at home in the same ways as they always had, and there were no promises to go to counselling or even read a book an start to educate themselves on childrearing or abuse. I had to learn how to break those chains in my own life whether they would acknowledge them or not.

This last autumn was the first time I slowly started to notice something different, my parents started reading books that their children asked them to read, and slowly, some things around my parent’s house started to change. This began to give me some hope that maybe they really were willing to learn and that life could end up being better for some of my younger siblings. A few weeks back I had a long phone call with my mom and she was chatting about one of the changes happening over there, I was surprised to hear about it, and said as much. She acted as if I shouldn’t be surprised and started to go down the usual route of excuses and insisting she did not remember the restrictions I remembered from my childhood, I explained a few of my memories and she was quiet for a moment, and then she said “Yeah, I do remember that. We were such terrible parents then.” I have already begun the journey of forgiveness, so I was surprised by the feeling of relief when my mom said those words. My mom didn’t even realize it, but she had just given me a gift, she had acknowledged the harm, and accepted responsibility for the first time. The apology she had been trying to give for the last year had just moved another step.

But here are some of the things that a genuine heartfelt apology CAN do.

Apologizing shows that you are capable of taking responsibility for your own actions.

Apologizing shows that you care about the other person’s feelings and can reassure them that you are no longer a threat.

Apologizing to your children teaches them how to do all of the above. I do not force my children to apologize, I teach them respect for others and how to take responsibility for their actions. A genuine apology is better than a forced apology, a reflex one, or an apology expecting a certain result. 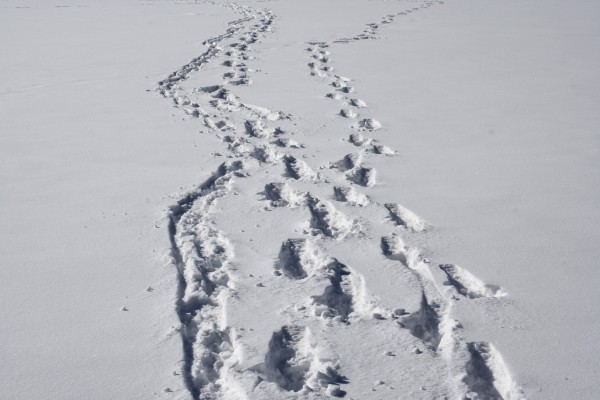 “Love and cruelty are mutually exclusive. No one ever slaps a child out of love but rather because in similar situations, when one was defenceless, one was slapped and then compelled to interpret it as a sign of love. This inner confusion prevailed for thirty or forty years and is passed on to one’s own child. That’s all. To purvey this confusion to the child as truth leas to new confusions that although examined in detail by experts, are still confusions. I on the other hand, one can admit one’s errors to the child and apologize for a lack of self-control, no confusions are created.
If a mother can make it clear to a child that at that particular moment when she slapped him her love for him deserted her and she was dominated by other feelings that had nothing to do with the child, the child can keep a clear head, feel respected, and not be disoriented in his relationship to his mother,. While it is true that love for a child cannot be commanded, each if us is free to decide to refrain from hypocrisy.”
Banished Knowledge by Alice Miller Page 35

When a parent refuses to apologize for failing to respect their child, and for causing them harm, they are perpetuating this myth that disrespect and abuse are OK. Or even worse, that are just a part of love. While every person has feelings and will react to things badly at times, I never want my child to feel that they do not deserve respect and care. Someday when they are making choices of companions and friends, I want them to choose to be around people who respect them, and can admit when they are wrong. I don’t want my child to dismiss a person’s violence or mistreatment of them to be just a part of love.

Apology can have that much power.
Here is a link to a great article on what to do when you’ve crossed the boundaries of respect with your child,
and you want make it right.
I’ve been asked for specific ideas and scenarios illustrating gentle discipline techniques, and that prompted the birth of my ongoing series on Gentle Parenting Tools where I will try to do just that. Stick around to hear about my process of trial and error as I continue to figure out what it means to be a gentle positive leader, and be sure to share your own breakthroughs and ideas and questions!
Previous Post