Unwrapping the Onion: Part 3: A Growing Up Story 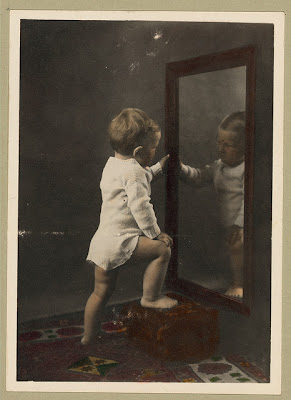 Before I go any further I just want to make it clear that my spouse has participated in the writing and editing of this series, and has given their full support and approval of it’s publication.
This post is part of a series of nine posts. Please click here to start with the series Introduction.

Over the next number of months it seemed that we talked about transgender questions and issues constantly. My spouse had been unable to talk about this for so long and now it was like a floodgate had opened. He told me about how he had always felt different, that even as a small child he wished he could play with some of the girls’ toys and wondered why he couldn’t have long hair like his sisters. He remembered feeling sad when he figured out that he wouldn’t ever be a mother. But he learned early on to behave in the manner expected of him and he didn’t have a name to put to the feelings he had.

As a little Christian homeschooled boy, there wasn’t much available information on LGBTQ people, but one day at about 11 years of age, he was reading a large illustrated history of the 20th century when a small paragraph near the bottom of the page caught his eye. The title of the section was “Man becomes Woman” and reading it with his heart thumping wildly, he realized that there were other people like him. The short story was about one of the first transsexual women who went public with their story, her name was Christine Jorgensen and she had transitioned back in the 1950s. Several times a week he would pull the heavy book from the shelf and open to the page with the story, to read again and again about Christine. He was not alone.

He brought up gay or trans people up in conversations here and there with the people in his life, looking for clues as to how they felt about the issue. Having repeatedly heard the common Christian attitude on these topics, he quickly started to believe that talking about how he felt would be sure to bring rejection from those he loved most, and maybe even subjection to painful therapeutic procedures pushed by Christian ministries to “fix” him. He desperately wanted to please his relatives and his community, he prayed fervently for the misgendered feelings to go away, but they remained. He wished that it would be discovered that he was physically intersexed in some way, because if his body was somehow both male and female perhaps it would become acceptable for him to live as a girl. But puberty hit right on time, and the torment got worse. His body was maturing further into what his brain told him was the wrong gender. There was nothing he could do to change it, and waking up each day to the body he hated got more and more difficult.

He immersed himself in school, studied hard and started on a track towards becoming a minister, but the feelings were still there. Now that he was in junior college he had access to public computers and he took the chance to read anything he could on the condition he knew he had. I started to realize that despite my hours upon hours of research, I had merely scratched the surface of the extent of reading my spouse had done over the last number of years. He studied the treatments and surgeries and read about the side effects and problems. But all the while he had such shame believing that God condemned him for having those feelings. He wondered why God would give him such a heavy cross to bear, what had he done to deserve this? He knew all the “right” things to say on the LGBTQ issues if questioned, but inside he was afraid of his secret ever being discovered.

Gender dysphoria was always lurking under the surface, sometimes spiraling into bouts of depression. On dark days, wild ideas screamed through his mind, maybe he should run away from home and spare everyone the pain of having such a child in the family, maybe he could somehow cut off the source of the hormones wreaking such havoc on his body, maybe it would be better if he was ended his life and with it the possibility of his condition causing pain to those he loved. But in the end the only real option seemed to be to numb the pain as best he could. Suppressing, denying, and keeping as busy as possible. He had grown up with many of the trappings of an American childhood, the friends, the vacations, the hobbies. Yet under the surface the gender dysphoria was always there, it never went away.

He fell in love and we got married. His hopes were high that this issue was going to leave once he was safely in a god-sanctioned relationship where he would have the role of a husband and father to fill. Feelings of despair hit hard when soon after marriage he realized the gender dysphoria was still there. So many of his low periods during our marriage made more sense now that I knew what he had been struggling with.

Hearing more of the story was heartbreaking for me, and realizing how hard he had fought this his whole life made me start worry that my efforts to help him would just be a drop in the bucket. He had done his best to be “who God wanted him to be”.

He had denied himself everything,
prayed and begged God to heal him,
but he was still wrestling with it now, years later.
Click here to go to part 4﻿
Previous Post

April 16, 2012 Unwrapping the Onion: Part 4: When It Doesn't Add Up
Recent Comments
0 | Leave a Comment
Browse Our Archives
Follow Us!