Malpractice on the Air

Malpractice on the Air February 25, 2013 Melissa 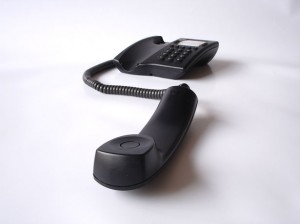 It was almost midnight and I was driving home after my usual shift. Yawning, I pushed the radio button hoping to catch a peppy song to keep me awake, but the station that usually plays pop music had one of those call-in counseling shows on.

“Yeah, I’m excited, but nervous, because I don’t have a lot of support ya know?”

I fumbled with the dial, trying to change the channel before I got sucked in, but it was too late.

“Don’t you have family?” The host asked.

“Well, they don’t really want to be a part of my life.”

“Well, they think that the only way to be successful is to make lots of money and live in big houses and have rich friends, and I don’t think that way, so they don’t really like me or the people I hang out with.”

“Well, it sounds like they have a point, I mean look at where hanging out with those friends has gotten you, pregnant and alone.”

“Where is the baby’s dad in all of this?” The counselor continued.

“So he got you pregnant and left, this sounds like a sex and run.”

“Um, it’s not really like that, we’ve been together off and on for 6 years.”

I pulled into my driveway, ready to go inside and go to bed, but I found myself unable to turn off the car. I wished I could give Brooke a hug, and tell this “counselor” to shut up. “Sex and run” really? How could he claim to have any knowledge about this girl, her relationships, or the reasons she got pregnant?

But it was about to get even worse.

“Well, Brooke, I hate to sound like your parents, but you have gotten yourself in a real pickle cutting them out of your life.”

“Um, they are the ones who want nothing to do with me.”

He cut her off with, “I’m sure you’ve had something to do with it too.  It’s time for you to admit you were wrong and grow up, because you are going to be a mom now. I hope you are able to find support somewhere, because your days of fun and games are over, being a mom is serious business.”

I sat in my car fuming. The counselor took another call and I turned off the ignition and stormed into the house. I could hardly believe what I had just heard, this counselor had made assumptions, judgement calls and shamed this poor girl who had just been calling in for encouragement and a listening ear. Sleep was no longer on my radar screen.  I got online and looked up the name of the counselor, Dawson McAllister. I found the show’s Facebook page and left a comment about how disappointing the show had been. (This was deleted by the next morning, of course.) The page was covered in rave reviews from people who had apparently called in and found his advice helpful. I poked around the website some more and even though it was hidden pretty well, I eventually found the links to how to accept Jesus into your heart and how to locate your nearest church. What was this guy doing on a secular radio station? Was it because it was a Sunday night? And if this really was a Christian counseling show (which I had suspected the minute the guy made the assumption that this girl was going to keep this baby) where was the “pro-life” encouragement and accolades for seeing this pregnancy through? Instead Dawson McAllister seemed more worried about shaming her for getting pregnant in the first place.

It felt slimy to me. As someone who was in ministry alongside my spouse, I found myself wondering if this guy was an actual trained counselor. Without knowing anything about her upbringing or her parents, he seemed invested in the idea that this girl’s parents have her best interest in mind simply because they are well-to-do. We have no idea what this girl’s history with her parents is, or what abuse or situations may have contributed to their separation. How can he know that this boyfriend did a “sex and run?” (For that matter, what does that even mean?) And who knows why they are not together now, certainly not Dawson McAllister who had barely spoken to her for 5 minutes and hadn’t bothered to ask. Why the shaming comments about fun and games being over? Where had he gleaned this information about her lifestyle? Pregnancy is a biological fact of life, not something that results from “fun and games”. He offered no support, no helpful advice, no listening ear. He didn’t even give her contact information for local pregnancy centers or other support networks.

I found it disgusting, and frustrating. And since my critique got deleted over at his face book page, I decided to talk about it here. What do you think of this type of scenario? What gives a counselor the right to make assumptions and judgment calls about someone they know nothing about?

Also, be careful about listening to the radio late Sunday night, you might hear something that will upset you and keep you awake. 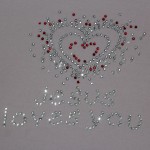 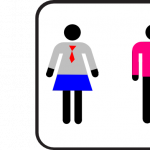 March 6, 2013 Oblivious to Privilege: Part One
Recent Comments
0 | Leave a Comment
Browse Our Archives
get the latest from
Nonreligious
Sign up for our newsletter
POPULAR AT PATHEOS Nonreligious
1

If There's a Yellow Deli in...
Homestead Skeptic
Related posts from Permission to Live