On Being Evangelized February 22, 2013 Melissa 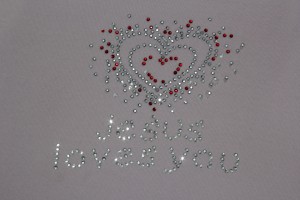 I can usually spot them when they come in. The “superchristians”. The excessively patronizing men make the order while the women stand quietly in their long skirts behind them. The group of middle aged women who come in for their bible study, order each of their drinks individually, and never ever tip.

Or the conservatively fashionable woman who takes forever to make up her mind what she wants, and then when she decides on an herbal tea for it’s health benefits, she plucks up her courage and shakily makes her evangelistic comment about how amazing it is that god has made tea.

One time I spotted a middle aged couple sitting rigidly next to each other across from their long-haired  adult daughter who looked miserable and plucked at her ill-fitting sweater while her father spoke seriously and her mother sat in silent endorsement. The hair on my neck went up, and I wanted to shout from the counter, “You have value! Whatever they are telling you, it’s not true!”

Sometimes encountering “superchristians” where I work can be sort of triggering for me, other times I shrug it off and move on. But usually I can spot it, after all I used to be one.

I didn’t catch it when the group of college-aged girls came in. They laughed loudly and chatted for several hours at their table. As we were getting ready to close I walked past them to the entryway and began to sweep the rugs and roll them up for the night, their table suddenly got very quiet and as I glanced over and saw them holding hands with heads bowed, I realized they were praying. I swept as quietly as I could, trying not to disturb them. When they finished they climbed out of the booth and began putting on their coats and gloves.

A tall brunette turned towards me and said “We were just praying, and I was wondering if there was anything you would like us to pray for?” Immediately my heart rate spiked. I responded with “No thanks, I think I’m OK” and continued sweeping. “No really!” she gushed, “we would love to pray for you.”  I smiled a little, thinking how much bravery it took her to ask a stranger if they would like prayer, remembering all the times I felt ashamed for how shy I was.  I toyed with the idea of asking if they could pray for marriage equality for LGBTQ people in the upcoming election, just to gauge how conservative they were. Maybe I should ask them to pray for relationships that had been strained by my coming out earlier in the year and see what they would do. I decided to err on the side of respect and said “It’s ok, I’ve prayed for a lot of things in my life, I just don’t really believe in god anymore.”

The girls face was simultaneously sad and shocked. “Oh really? Then what do you believe?” My heart was still beating fast, what had made me the target of evangelism? Was it the fact that I happened to be nearby? Did I look like I needed saving? Was it my short hair cut? Or maybe the guys pants I was wearing? (Which incidentally are super comfortable and the first pants I don’t strip off the second I get home to switch to sweat pants.) What did I say? I thought about the more secular beliefs that people usually claim. Did I believe in science? Not really, I don’t know enough about science to call it something I believe in. Did I believe in myself? Meh, still trying to feel more confident in my preferences and choices, I don’t really believe in myself the way one believes in a god. What about nature? Nature is nice, but is kind of a lot like the idea of god, unpredictable and sometimes cruel.

This time I went with my agnostic side and answered “I don’t really know what I believe anymore”, and she was content to pityingly say “That’s so sad, I will pray for you” and head out the door. 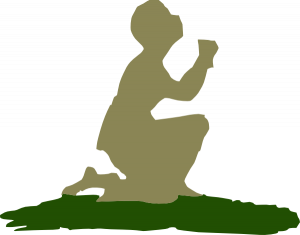 It’s interesting to have once believed very strongly, and no longer consider myself a Christian. This girl, and most of the people I encounter have no idea how huge a part of my life my faith once was. “If you just read the bible” they say, “then you would know how much Jesus loves you.” They don’t know the years of bible reading and the large sections of the bible I have committed to memory, or how I still find myself unconsciously singing hymns even today. They have no understanding of my story, the modesty, courtship, anti-birth control beliefs, and “godly marriage” advice I used to hand out and live by.

I’ve had people try to evangelize me more than once now, something that never happened in my skirt-wearing days. Most of them seem to think that I didn’t really understand the beliefs, or I was a cultural Christian or a Christian of convenience, I surely couldn’t have been a “real Christian”. They don’t know that when I saw all those “Marriage = 1 Man + 1 Woman” signs around election time that I immediately had Judy Rogers 10 commandments songs on repeat in my head:

“You shall not commit adultery, God created it to be, 1 man shall marry 1 wife, and love together for the rest of their lives. When a man even looks at a woman, and desires her secretly, he is guilty in his heart of adultery. So dear husbands listen to our plea, guard your eyes and guard your purity, God loves clean hands, he loves a pure heart, so love your own wife till death do you part. One man one wife….”

For heaven’s sake, even when I watch children’s cartoons with my kids the old teachings are still there. Super Why exclaims “When we have a question, we look… in a book!” And I find myself remembering how the bible was supposed to be the only book that ever had any answers for any questions. Dora the Explorer asks loudly, “Who do we ask for help when we don’t know which way to go? That’s right! The Map!” And my instant reaction is “No, you ask Jesus you little heathen!”

No, I don’t feel sad that I no longer believe. I feel relief. I feel peace. I don’t have a belief in a super powerful being, but I do believe in the powers of respect, acceptance, and love. I don’t have the being to talk with when I feel alone, but I also don’t have the never ending anxiety of wondering if I and the ones I love are living up to that being’s expectations. Even though I no longer believe Christianity has all the answers, it will always be a part of me. I can’t pretend that those years of my life didn’t happen, or that I don’t have the memories or the instincts from those years. I truly did believe, and now I don’t. It used to make sense, and now it doesn’t. I’m not sad, just honest.

But, I can’t explain that in an average encounter, it’s a looooonnnnngggg story.

I find it interesting though, when I spot people who still are where I used to be. If I can accept that they believe in god, and not accuse them of lying or pretending, what makes it so hard for them to accept it when I say I used to believe, and no longer do? 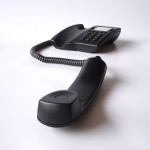 February 25, 2013 Malpractice on the Air
Recent Comments
0 | Leave a Comment
Browse Our Archives
get the latest from
Nonreligious
Sign up for our newsletter
POPULAR AT PATHEOS Nonreligious
1

The Tower of Babel, Immigration, and...
A Tippling Philosopher
Related posts from Permission to Live