I’ve been told more than once now, that my current lack of belief/ faith indicates that I never really believed in the first place. This baffles me.

What about my life before agnosticism illustrates non-belief?

Is it the skirts I wore? Or the way I obeyed my parents and sought to please them? Do the worn out binding and highlighted pages of my Old King James Bible I received when I was eight years old reveal my lack of faith? Is it all the bible verses and hymns that I have memorized and stored in my head to this day? Is it how I filled my journals with prayers for redemption and anointing of the holy spirit, how I wrote about my sins and begged for forgiveness? Or maybe the prayer journal I kept especially for my future husband, before I ever met him. That is a sure clear indicator of godlessness.

Is it how I kept myself a virgin until marriage? Never even holding hands or kissing until I was with my future husband? Maybe my lack of true Christianity is revealed in my efforts to be a submissive wife to my husband, how I read book after evangelical book to try and discover what it was he wanted me to do (until the day I gave up on that and just asked him instead) surely those things show the true evil in my heart.

Oh wait, I bet it’s how I parented my kids, how I held my first baby and swore I would never spank her, and then I read all the Christian parenting books that I could get my hands on, including the ones I grew up with, and found that if I truly loved God, and I really wanted my kids to be Christians, I would HAVE to spank them, there was no other way. So I did, because I wanted them to know the God I was sure that I knew. That must be where people are seeing how I wasn’t truly a believer. 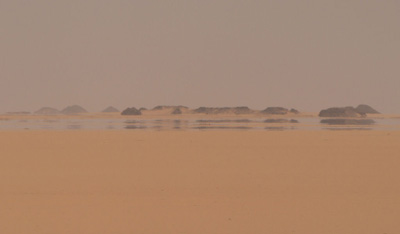 How could I have done all those things, read the Bible every day for years on end, prayed to know God’s will before I did anything… if I was only pretending that entire time? Could I really have spent that much effort, refused to get the help I needed and cried that many tears… if it was only a game to me? Even my early blog posts show my understanding of God at that time, how much I wanted to know who He was and how to relate to Him. How can anyone who knew me then, claim that I was just pretending to be a Christian?

How does one even answer a statement like this?

This line of thinking only ever works after the fact, something people of faith throw at those whose faith has changed. If I was never really a Christian, then what exactly makes one a Christian? And if you are someone who believes that a person who loses their faith never really believed in the first place, than how can you be sure that you have understood and believed Christianity correctly?

December 16, 2011 But now I WANT to be here
Recent Comments
0 | Leave a Comment
"As a new mom, even if my daughter is a toddler now, weaning is really ..."
Lynn Toh Weaning my Tandem Nursed Toddler
"So, I came across this post for the first time today, two years after it ..."
Sheila Warner Finally Heard? The Duggar Aftermath
"Just wanted you to know that I keep checking occasionally for updates, and I hope ..."
William Burns Brave New Life: Part 7: The ..."
"> How does that make sense?It saves them lots of money."
Tim Locke How I lost my fear of ..."
Browse Our Archives
Related posts from Permission to Live