Babies, Duggars and Me

The command to be fruitful and multiply was mentioned frequently in our marriage ceremony and reception. But it didn’t really need to be, we both knew what we believed. One of the questions we had discussed during our courtship was our commitment to never use birth control.

Read any Quiverfull publication, and you will see a heavy emphasis on how children are “blessings”. The Above Rubies magazine is filled with stories of giving up birth control and the subsequent blessing showered on families who choose to leave their fertility to God. The magazine has even run several stories where “the mother’s life was saved” against all odds by yet one more risky pregnancy. This mentality is against birth control of any kind, including fertility awareness or natural family planning. I no longer have my copy of “Be fruitful and multiply” by Nancy Campbell, but the book clearly taught that abstaining during fertile times is considered abnormal to the woman’s natural sexual desires as well as a refusal to trust God.

My husband and I were Quiverfull “lite” in a way, because we were never comfortable with being 100% against natural family planning. We felt that if the mother’s health was in danger for some reason, or if there were other very serious concerns then it would be acceptable to use natural spacing methods to prevent conception. But we never intended to use any of them, children were a blessing from God, why would we ever turn down a blessing? We firmly believed that this was God’s plan for families, and He would provide whatever money or resources were needed to care for our (sure to be) large family.

The Duggars recently announced that they are pregnant again, and the TV reporter made a mistake in her interview that I see echoed again and again across the internet. She asked if they had “planned” to have another baby. Listen to Michelle’s reply:

She explains how she is older, and that this is their largest gap ever, and they were starting to wonder if Josie might be their last. Wondering, not because they couldn’t decide if they should “try” for another child, wondering because they did not know if or when she would get pregnant. The Duggar’s do not use birth control. The Duggar’s are Quiverfull.

The Duggar’s do not see having a large family as a fun choice that people who love kids can make, they see it as a call from God. A challenge to have enough faith to trust God with your fertility, even if it means many more children than you can parent, even if it means losing your life.

If you watch in another clip (which I can no longer find), Matt Lauer asks if the children are inclined to have large families themselves. Every one of them says yes. He asks if any of the children would like to have a small family, no one raises their hand. What no one seems to get, is that this is not a real question the Duggar kids. Having no children, or a small amount of children doesn’t make sense to them. They have been taught that leaving your fertility up to God is the only right way to have a family, even if one of them doesn’t want a large amount of children, if they want to serve God, they have NO choice. Even in the case of infertility, a small number of children or no children would be seen as sad, and possibly a rejection from God.

Quiverfull theology teaches that couples are to have as many children as God grants them, and raise them up in the lord. The parents give themselves up for their children, because they are blessings from God. This sounds very honourable and self-sacrificing, but I feel that this theology creates a very narcissistic understanding of the family.

The emphasis on losing yourself in God and raising generations of godly children for the sake of the kingdom creates parents who have no identity but their children. The family is seen as a group entity, and instead of seeing children as individuals, parents see their children as extensions of themselves. Parents become highly reactive and protective of even a grown child asserting a difference of opinion because the parents sense of self is being threatened.

I feel this is especially true of the mother. A Quiverfull mother’s sense of self is contingent on children because she has no other reason for existing. She has given up everything to birth, raise and homeschool her many many children. Most of the time these women have no individual interests or pursuits, many sacrifice their physical health as well. 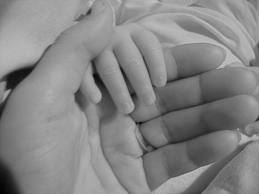 I was raised Quiverfull and my understanding of my purpose in life was to have as many children as I could. I was trained for it, my interests were limited to encourage it. After we started moving out of the Quiverfull worldview, I thought that perhaps instead of the 16 or more children it looked like we were physically capable of producing, we would have a more modest sized family of 8 or 9 children spaced with natural family planning. As time went on, I thought that we would maybe reach a certain number of children even before then and then it would “feel right” and we would know that we were done.

The Duggar announcement triggered me in ways I wasn’t expecting. On the one hand I feel relieved that I no longer have to live Michelle’s life, being pregnant and giving birth over and over while my older girls raise my other children. But I found myself re-living that old understanding of my calling as a woman. What if I really am supposed to have as many children as physically possible. What if I am rejecting incredible blessings in my life in exchange for a life that I was told was meaningless in comparison to bearing children? The idea of being without a baby terrifies me. I have never done anything besides take care of kids. I grew up surrounded by people who had vasectomies reversed and always looked at that artificial five year gap in their family and wondered who could have been born there if only they had trusted their fertility to God. Preventing children was understood as selfish, living proof that one cared more about money and themselves and “the world” than the value of life and God’s will.

I no longer feel that quiverfull convictions are a healthy reason to have a large family, but the old theology has done it’s work. I have trouble seeing anything that I could do or explore as having value. I cannot wrap my mind around being “done” having kids. I can’t shake the feeling that without continuing to have kids, I basically don’t exist. I sometimes feel like I will never be able to rid myself of the crippling guilt connected with my fertility.

My value being tied to my capacity to reproduce was drilled into me. Like Libby Anne wrote in a recent post: “How many children do you want”

“When I look forward and see a life with only two children, I see emptiness. I see space and time that feels like it needs filling. When I realize that they would both be out of the house before I was fifty, I see decades of blank. Why? Because I still have trouble picturing what I would do with my life without ten children to care for and raise. I still have trouble picturing how I would fill all that empty time, or those empty rooms. I still feel like I would be living in a void, rejecting a “blessing” I could be receiving if only I had six, eight, or ten children. And yes, I feel selfish for wanting only a few kids.”

And yet, I wonder what it would be like to raise my own children differently than I was forced to raise my siblings. Why repeat the same patterns? I have four wonderful children, many people never have that many. I want to be able to engage fully as a parent, and not just manage the crowd like I did as a teen. I don’t want to miss my children’s growing up because I was too sick and exhausted from constant pregnancy to be with them. Growing up I felt that babies were special, almost sinless little people, precious and able to love unconditionally. As babies became toddlers you could see the first elements of their “sin nature” and their rebellion against God only grew the older they got. Now I wonder what it would be like to enjoy my kids at every age, and embrace them for who they are.

I was told how valuable children are, and that meant you should have as many as possible. But I wonder if that’s really true. Someone can believe that pearls are valuable and whether they have one pearl or twenty-five, it doesn’t make each individual pearl more valuable. Just because something has incredible worth doesn’t mean I should acquire and hoard as many as possible. Plenty of people are happy with just one precious piece of jewellery, that they love and wear every day, and they don’t spend any time worrying and obsessing about how they can get more.

In the end I am haunted by a question from my good friend (and mother of 4 young children herself),
“Which would you rather regret,
the children you didn’t have? Or the child you did?”

November 25, 2011 Snow, Peace, and Giving Thanks
Recent Comments
1 Comment | Leave a Comment
"As a new mom, even if my daughter is a toddler now, weaning is really ..."
Lynn Toh Weaning my Tandem Nursed Toddler
"So, I came across this post for the first time today, two years after it ..."
Sheila Warner Finally Heard? The Duggar Aftermath
"Just wanted you to know that I keep checking occasionally for updates, and I hope ..."
William Burns Brave New Life: Part 7: The ..."
"> How does that make sense?It saves them lots of money."
Tim Locke How I lost my fear of ..."
Browse Our Archives
get the latest from
Nonreligious
Sign up for our newsletter
POPULAR AT PATHEOS Nonreligious
1

'Provocative' critic of Islam stabbed at...
The Freethinker
Related posts from Permission to Live