Mere weeks after the phone call that prompted the silence between me and my parents, I received a card from them for Haley and my wedding Anniversary, along with a beautiful queen size quilt. Any other time I would have been thrilled to get them, in the wake of our interaction it just made me feel confused. If they were this upset with me, and did not approve of my marriage, than why the affirmation of it with a card and gift? I couldn’t bring myself to use the quilt, it felt so dirty somehow to put a blanket on our bed when it had been sent by people who believed we were sinning every time we slept under it.  So I put it away until I could figure out what to make of it all.

At the end of the summer, I called home for the first time in several months. It was my dad’s birthday, and I had not skipped calling before, so I called, kept it brief, and wished him a happy birthday.  A few weeks after that I got an email from my mom, with a word document attached.

I read it skeptically, hardly wanting to try. In it she said that she hoped that this letter would restore our relationship. She reiterated that I may have been surprised in a positive way if I had given her a chance earlier, instead of springing this on her so suddenly this year. 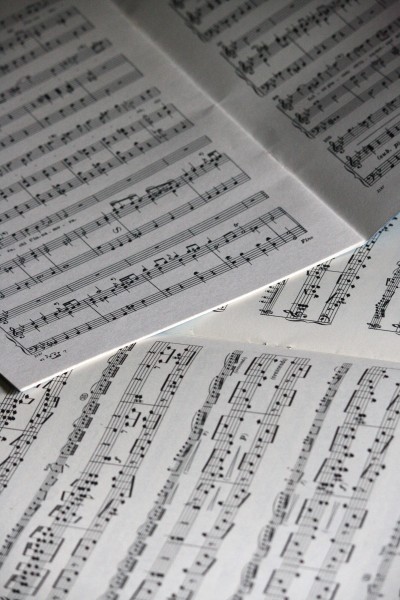 Then the letter shifted tone a little. She said she was sorry, that her words in our last conversation had been harsh and unnecessary. Several things stood out to me in the letter, in one place she said that even if she didn’t agree with our choices, her love for us was more important than determining who was right. I could not remember ever having heard her say something like that. She used the name Haley in the letter, without her usual disclaimers and discounters. And she included this paragragh:

“I remember when you were a girl; helping you practice your violin and how each piece we learned was broken down into sections and we would learn one section at a time. Some sections were much more difficult than others. When at the end of a certain amount of weeks, you had all of the sections put together, it was so beautiful. If we had left out a section or even one note, the piece just didn’t work. That is how I see our family. Without you and Haley, it just doesn’t work and never could be beautiful. I know now that even though things will be difficult at times for all of us, that it is totally worth it. I do not need to be afraid anymore because I know now that the final piece will be beautiful. Just like when we would look at the music for the first time and say “wow that looks impossible”.  It just takes time and patience and the kind of love God shows to us.”

She ended by saying that she really missed us, and that she would love to visit us. And that she hoped we would visit them soon, yes, all of them.

I cannot find words to explain how surprised I was by this letter. I didn’t feel elation, or reassurance, but just tired. Life had been peaceful for those months of silence. I really didn’t want to open the door to mental and emotional exhaustion again. But, clearly she had spent some time on the letter, and seemed to be making a real effort.

It took several days for me to figure out what to say in reply. I told her my surprise upon receiving her letter. I repeated that I did not understand how sharing with her earlier could have possibly created a better experience, but acknowledged that we knew that the coming out experience would be difficult and emotional for many people close to us. I explained that I had been extremely hurt by our interaction earlier in the summer, but that her words about love being more important than who was right, gave me some hope.  I said that although I was apprehensive about re-engaging, I was willing to try.  I tried to set a boundary, saying that I hoped for mutual respect, that we both knew each other’s opinions, but that there really was no need to re-iterate them again and again. 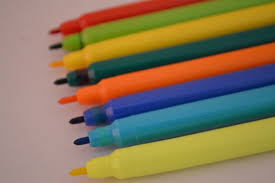 I was worried that inviting my family back into my life after being hurt was just inviting more pain. I wanted to hope that this time would be different, but it was hard to start again. Honestly, even this post was difficult to write, just remembering how intense and scary that year was. My mom came up to visit about a month after the email exchange, and it went better than I had ever imagined. My mom brought presents for the kids, along with crafts to do together. She used the correct name and pronouns around Haley, and even referred to Haley as “your mom” when talking to the kids about her. She asked some questions about being transgender and transition, but I could tell she was trying to be respectful in how she did so.

Despite firmly believing that being an LGBTQ person was wrong and not part of “God’s plan” for us, she had put aside her fears and judgment, to simply be with us. This wasn’t affirmation, or even acceptance, but a wonderful example of tolerance. Tolerance doesn’t mean that you agree, it means you treat each other with respect. And using the name and pronouns someone goes by, and refraining from preaching or lecturing at a person who already knows where you stand on an issue, was the demonstration of respect that had been lacking before. 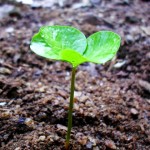 July 3, 2014 Brave New Life: Part 6: Never the same, and that's OK
Recent Comments
0 | Leave a Comment
"As a new mom, even if my daughter is a toddler now, weaning is really ..."
Lynn Toh Weaning my Tandem Nursed Toddler
"So, I came across this post for the first time today, two years after it ..."
Sheila Warner Finally Heard? The Duggar Aftermath
"Just wanted you to know that I keep checking occasionally for updates, and I hope ..."
William Burns Brave New Life: Part 7: The ..."
"> How does that make sense?It saves them lots of money."
Tim Locke How I lost my fear of ..."
Browse Our Archives
Follow Us!