Arlene Sanchez-Walsh, Patheos/Re-Generacion: “When I started teaching a class on global Pentecostalism this fall, I think the word was out that I was Pentecostal, and one of my students was stunned that I did not show up the first day of class in a long skirt, long hair, and no make-up–to which I added, that “I’d also left my snakes at home.”

Terry Waite, The Guardian: The Plight of Christians in Lebanon

Tim Dalrymple, Patheos/Philosophical Fragments: “I’m less disturbed by the 176,000 who ticked off “Jedi Knight” than the 14 million who chose “No religion.””

Roger E. Olson, Patheos/Roger E. Olson: “I propose that we, Americans and especially Christians, rediscover and re-value the power of negative thinking.”

Christy Thomas, The United Methodist Reporter: A Hand Up – Not a Hand Out

Joe Carter, Patheos/Joe Carter’s Commonplace: “The same secularists who think that playing Grand Theft Auto: Vice City while listening to gansta rap has no affect on children act as if hearing “Merry Christmas” will turn little Johnny into a Pat Robertson clone.”

Richard Dahlstrom, Patheos/Fibonacci Faith: “Though waiting has fallen on hard times in our instant society, anticipation is still alive and well.”

Robert C. Crosby, Patheos/Robert C. Crosby: “I never knew a case where God used a discouraged man or woman to accomplish any great thing for him. Let a minister go into the pulpit in a discouraged state of mind, and it becomes contagious: it will soon reach the pews, and the whole church will be discouraged. … It seems as if God cannot make large use of such men.”

James Downey, PostPartisan: Too Big to Fail, To Big to Indict 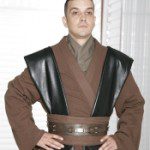 December 12, 2012
In England, More Jedi Knights than Atheists and Pagans Combined
Next Post

December 13, 2012 The Cliff is Nuts
Recent Comments
0 | Leave a Comment
Browse Our Archives
get the latest from
Evangelical
Sign up for our newsletter
POPULAR AT PATHEOS Evangelical
1