St. Oda was a beautiful young woman who was born blind. Her family sent her to Liege, Belgium, on a pilgrimage and while praying at the graveside of St. Lambert she miraculously gained her sight. After returning to Scotland her father, now confident that he could marry-off his lovely daughter, sought a suitor for her. Instead of obedience he found her filled with resistance; after her wondrous healing she wanted only to serve the Lord.

St. Oda eventually left Scotland and her family to reside in the Netherlands. Sixth century records describe how Oda prayed in various villages in the Netherlands and Belgium only to be continually disturbed by magpies. She was not aware that these persistent little creatures were on a mission from God.

One day while she was trying to flee from the birds, they herded her to an open space in the forest. She saw how perfect the space would be for prayer and moved to live in this protected expanse of woods. Eventually a convent was built and a village developed around the monastery. This municipality in the Netherlands became known as Sint-Oedenrode…in Dutch a small man-made open space in the woods is called a “rode” with the village named after the saint.

Sint-Oedenrode suffered greatly during the Second World War.  It was invaded and eventually occupied by the Germans as they took France and the Low Countries. It wasn’t until 1944 that the town was liberated by a US Airborne Division. Eventually the municipality regained its culture and in 2000 was awarded the Entente Florale [i] for being one of the greenest villages in Europe.

The magpie associated with St. Oda is the Eurasian species Pica pica. This startlingly beautiful bird is a member of the crow family.  It is a sizable bird at about eighteen inches long (with half of that being its tail!) and a wing span of up to twenty-four inches. This breed of magpies is considered the most intelligent of birds, and possibly of all animals except for humans. It works as a team–or more colloquially called a gang–in deterring intruders or when hunting. It creatively solves problems using tools, observes social rituals including expressions of grief, and can recognize itself in a mirror.

There are many superstitions throughout Europe and the British Isles pertaining to this bird. Legends have it that if the bird is seen singularly, it is an omen of bad luck. When seen in groups, it is a bearer of goodness and foretells of good weather. Farmers considered themselves well blessed if these birds nest in nearby trees, and often fed the birds throughout the winter to keep them from leaving the farm.[ii]

[i] The Entente Florale is an international horticultural competition established to recognize municipalities and villages in Europe for excellence in horticultural displays. Trophies are presented annually by tourist boards and horticultural societies in European countries. 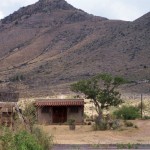 October 15, 2013 Tuesday's Prayer for Sisters and Nuns
Recent Comments
0 | Leave a Comment
Browse Our Archives
get the latest updates from
Morning Rose Prayer Gardens
and the Patheos
Catholic
Channel
POPULAR AT PATHEOS Catholic
1 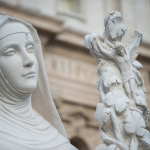