The video is getting a lot of attention, but the claims are ridiculous. Hence, ridicule ensues.

The video promotes a  low IQ conspiracy theory that has become somewhat of an urban legend among some crazy Christians: the notion that the Monster Energy logo looks like three Hebrew “vavs,”  a letter which has the value of six in Hebrew numerology.

The video, shown below, appears to have been taken at some sort of demonstration table, where a good Christian woman explains the Satanic evils of Monster drinks. Evidence of supposed Satanic influence include:

Despite the absurdity, the low IQ conspiracy theory has been floating around for years on various Christian websites and blogs. The silly nonsense hangs on the Book of Revelation and the so called “Mark of the Beast”:

And he causeth all, both small and great, rich and poor, free and bond, to receive a mark in their right hand, or in their foreheads: And that no man might buy or sell, save he that had the mark, or the name of the beast, or the number of his name. Here is wisdom. Let him that hath understanding count the number of the beast: for it is the number of a man; and his number is Six hundred threescore and six [666]. 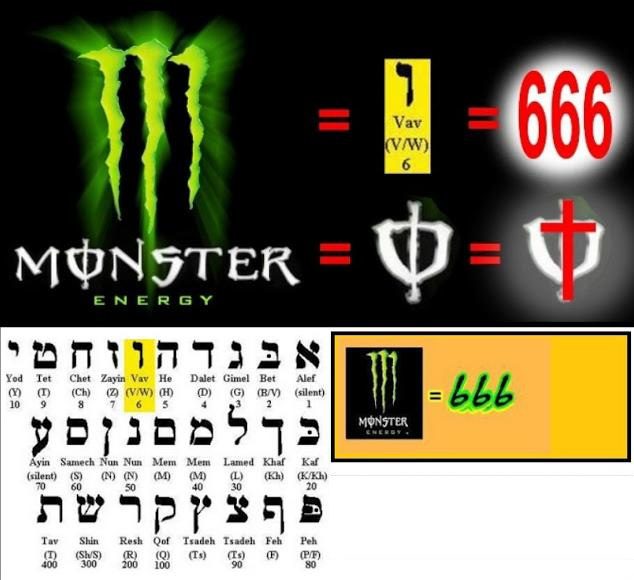 November 9, 2014
Oregon faith healing parents on trial for death of daughter
Next Post