An anonymous “Guest Contributor” at Cosmos the in Lost is reporting that Fr. Frank Pavone’s Priests for Life is budgeting almost half a million dollars exclusively for their 2016 election efforts (link).

Fr. Frank has had a good deal of attention brought to his relationship with Mr. Trump and his presidential campaign.

Where does one draw the line between Fr. Frank, the private citizen, and Priests for Life – a non-profit?

Does this mean, due to Fr. Frank’s role in Priests for Life and reports that he will use the organization to mobilize support for Donald Trump among other groups, that these 2016 election efforts, requiring a budget of $445,000, are basically meant to get Catholics (and others) to for for Donald Trump?

The raises many questions (including legal ones) on the work of Fr. Frank Pavone and Priests for Life, especially with new (is it redundant, yet?) reports of continuous commodification and degradation of human life and dignity on the part of Donald Trump.

Is Fr. Frank Pavone – and Priests for Life – spending non-profit cash (half a million dollars budgeted) to support an anti-life candidate? It does seem so, but we’re learning more as we go.

Kudos to Cosmos for publishing the story and related info.

Learn more about Trump’s fallout with the Catholic community here, his Catholic Round Table here, the request for investigation into human trafficking by his talent agency here, as well as some reports of degradation of women’s dignity here.

Read the post at Cosmos the in Lost here, and the Priests for Life election plan Cosmos links to here.

I’ll update this post if we learn of any comment from Fr. Frank Pavone or Priests for Life. 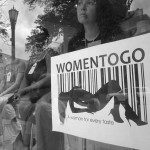 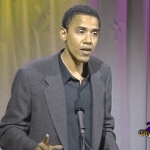 October 8, 2016 Trump Supporters Fire Back with Video of Obama demanding ribs and P****
Recent Comments
0 | Leave a Comment
Browse Our Archives
get the latest from
Catholic
Sign up for our newsletter
POPULAR AT PATHEOS Catholic
1

Yes, It's About the White Supremacy
suspended in her jar
Related posts from Proper Nomenclature