When you submit the terms “Priests for Life”, “Election”, and “Plan” for a Google search, the first result is Priests for Life’s “Election 2016 Plan of Action, End Abortion and Save America“. Oddly enough, the plan is described as “confidential” – but is neatly set up to be found by anyone interested in what Priests for Life is up to this election season.

As the Washington Times reported in early May of this year:

“Hillary Clinton can hardly find an abortion she doesn’t like,” the national director for Priests for Life said. “She’s virtually for unrestricted abortion. Here, on the other hand, we have a man in Donald Trump who has said that abortion is wrong. He wants to protect the unborn, and he’s committed in fact to very specific steps.”

Fr. Pavone said his group will work to convince pro-life activists to support Mr. Trump in the general election.

Priests for Life’s website notes: “Priests for Life is a 501 (c)-3 organization. All donations are tax-deductible.” As we’ll discuss below, having this non-profit tax status requires that organizations follow strict restrictions  on political campaigning – and violating those rules could lead to severe punishments.

Finances are crucial for non-profit organizations. 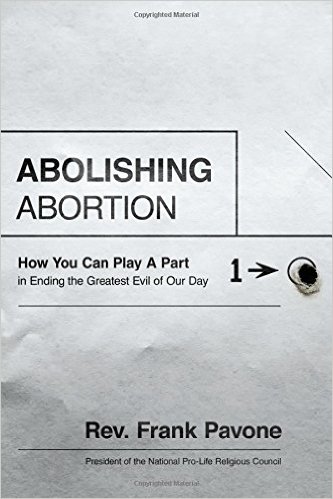 Everyone at Priests for Life is doing all they can to energize the People of Life in these final days leading up to the pivotal November elections.

But I just received a distressing message from our bookkeeper telling me that contributions to Priests for Life are still not where they need to be if we are to maximize our efforts and use the political process to help us end America’s abortion holocaust….

What I can tell you now is that I will have to put the brakes on several critical projects unless there is a dramatic increase in donations over the next few days.

What do these “critical projects” entail? At first glance it seems that Priests for Life is doing a lot to support and promote the election of Mr. Trump this November. As an individual, and through Priests for Life, Father Pavone appears to be quite public and unapologetic in having his support of Mr. Trump known.

The “Election 2016 Plan of Action, End Abortion and Save America” which is supposed to cost upwards of half a million dollars does not mention Mr. Trump by name, and it isn’t clear who exactly directly received a copy of this plan. What does seem clear is that the budget for this campaign is in addition to funding the year-round work and activity of Priests for Life. The last page of the plan reads:

IMPORTANT NOTE: The $450,000 “Confidential: Election 2016 Plan of Action” budget is OVER AND ABOVE all of Priests for Life’s other ongoing pro-life work….

I don’t agree with everything Priests for Life does or everything Father Pavone states – in fact, I have found myself disagreeing with Father Pavone on various occasions. Though I am not preoccupied by these particular disagreements.

Their – Priests for Life’s – “Voting with a Clear Conscience” is, I think, poorly composed. Their ‘2016 Plan of Action’ includes printing and distributing 5,000,000 copies of it.

Priests for Life also seems to be a fan of Catholic Answers’ sub-par voters’ guide and they have it on their website.

The material I’ve seen Priests for Life publish typically notes that Priests for Life put it together and not some separate entity. My concern is that, unlike the so-called “CatholicVote.org”, which is a “501 (c)(4) organization engaged in public policy advocacy,” Priests for Life is a 501 (c)(3) non-profit you can donate to – and those donations are tax deductible.

Is there not a separate organization tied to Priests for Life that can receive funding – that is not tax deductible – to power their campaign for Trump 2016?

There is plenty a 501 (c) (3) can not do when it comes to political campaigning (see here). What happens if the rules are broken? NOLO’s article states: “Violation of this prohibition could lead the IRS to completely revoke your organization’s tax-exempt status or impose excise taxes on your organization.” As we would expect, Priests for Life is probably passing everything through their legal team to make sure they remain within the limits established for their organization. Yet, one remains curious.

Though Priests for Life’s literature and plan excludes mention of supporting particular candidates, statements on their website don’t shy away from putting Father Pavone and Mr. Trump on the same page. Of course, beyond Priests for Life, Father Pavone has come off as quite cozy in his association with Mr. Trump.

I haven’t followed concerns or half-allegations (etc.) against Father Pavone or Priests for Life regarding finances or whatever else.  True, Charity Navigator gives the organization an unimpressive grade and notes some interesting salary numbers of almost two-hundred thousand dollars – this isn’t my focus.

I am, however, worried about the organization’s ability to do its work in promoting a culture of life – funded by many of good-will – without, at the same time, championing the false-narrative of voting GOP as the pro-lifer’s only acceptable option. With Father Pavone being as pro-Trump (and pro-GOP for the last however many elections) and seemingly making use of good people’s tax-deductible donations to advance that cause, I cannot but express concern…. 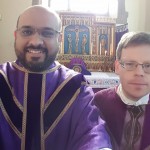 September 26, 2016
Reflections of a Priest from India on the Consequences of White Privilege in America
Next Post 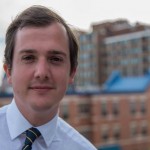 October 12, 2016 Executive Director of Catholics in Alliance for the Common Good Responds to "Catholic Spring" Wikileaks Allegations
Recent Comments
0 | Leave a Comment
"Wait a minute, what am I missing? The host must contain some gluten, lest it ..."
RPlavo . The Surprising Anti-Capitalist Logic Behind the ..."
"Gluten intolerance is completely -- and I mean completely -- different from celiac disease. Many ..."
Bobby Lawndale The Surprising Anti-Capitalist Logic Behind the ..."
"Read Bruno's comment: #2 below your ranting comment."
Adrienne Szatkowski Michael Voris’s Stunning and Admirable Broken-Hearted ..."
"Science needs "a confession of sins and an articulate profession of faith"? Seriously?Certainly, individual scientists ..."
Elzbieta 2 Reasons Why the March for ..."
Browse Our Archives
get the latest from
Cosmos The In Lost
Sign up for our newsletter
POPULAR AT PATHEOS Catholic
1