If you’ve got gay fatigue, you’re not alone.

I’ve been hearing muttering from some surprising places, including people who are strongly in support of gay rights, that they’re “tired” of the obsessive focus our society has on homosexuality.

The endless circular debates about forcing people to bake a wedding cake or if ordained ministers should be allowed to not perform gay weddings is beginning to try the patience of people from all points on the ideological compass.

However, there is another side to this, and it’s not about petulant demands that everyone collude in the fantasy that two men or two women are the same as a man and a woman. It has to do with the most basic of human rights: The right to life. It also has to do with another basic human right: The right not to be incarcerated unjustly.

I’m talking about countries that have draconian laws giving the death penalty, lashing or long prison sentences for homosexuality. Sadly, most of these laws are being justified because of bogus claims to religion, including, in a couple of places, Christianity. To the extent that this is true, it calls for Christians to speak out against these laws and take a stand against them. Laws such as these are an affront to the basic human dignity of men and women who are made in the likeness and image of God. They are a smear on the name of Christ.

One of the best parts about this story is that, at least in one circumstance, the passage of such laws has been turned back. Uganda’s law which would have provided for a death penalty for homosexuals, was scrapped. This was due to the work of brave homosexual people and their supporters all over the globe.

However, Uganda did end up passing a law that criminalizes “homosexual activities”  and metes out harsh punishments. This law clearly violates the civil liberties and human rights of homosexuals.

I think it’s important for us as Christians to join the fight against laws such as these, and for us to do it in the name of Christ. This does not mean that we should stop our defense of traditional marriage. It is a requirement on us as Christians that we walk this line of supporting the human rights of all persons, including homosexuals, and that we also refuse to back down in our defense of the family.

Each in its own way is a human right, which must be defended.

The commitment to Christ Jesus is always a counter-cultural commitment. It does not matter the culture. Following Christ, if you are true to the call, will pit you against the cruelties and lies of your society. That is why so many people who claim to be Christian do not, in fact, live Christian.

Living Christian is not easy. It requires being attacked for one position, and then crossing the street to stand with your attackers on another issue. There is no country for the authentic follower of Jesus except heaven itself.

I’m going to make an effort to follow these attacks against the basic human rights of gay people and to let you know ways in which you can join in the fight against them. At the same time, I am going to continue to urge you to stand strong in the work ahead to rebuild and reclaim traditional marriage, and to work against the onslaught of attacks on First Amendment freedoms in the name of bogus claims of “human rights” violations against gay people in this country.

If that seems like a contradiction, so be it. It is my idea of following Jesus the best that I can.

A measure imposing the death penalty was removed from an earlier version of the bill.Homosexuality was already illegal in Uganda, as it is in 37 other African countries.

Though the death penalty was removed from Uganda’s law, it’s a potential punishment elsewhere, including parts of Nigeria, Mauritania and Sudan.(Last month, Nigerian President Goodluck Jonathan signed a measure similar to Uganda’s into law; a few weeks later, a mob pulled 14 young men from their beds and assaulted them, screaming about cleansing their neighborhood of gay people. ) 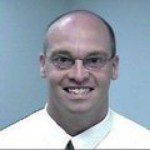 October 25, 2014
A Look at Ebola from Inside Medicine
Next Post

The Economy of Grace
Have you ever wondered how successful God would be as a business...
view all Catholic blogs
What Are Your Thoughts?leave a comment