President Obama is an Idiot 2

I don’t know that I’ve ever used a title that provoked such comment as when I put “President Obama is an Idiot” at the top of a post about his idiotic lawsuit against the Little Sisters of the Poor.

I’ve been huzzahed and tsk, tsked, accused of being a racist and told that I really need to learn how to address my betters. I’ve gotten the full blast of self-righteous, sanctimonious how could you say that??? from people who engage in vendettas, personal attacks, character assassination and name calling as their ordinary means of discussion.

It was one of the most obvious cases of pot and kettle disowning projection I’ve witnessed in my young life. And I spent 18 years in the Oklahoma House of Representatives.

To be honest, it reminded me of Aunt Pitty Pat, reaching for her smelling salts.

All this approbation and excoriation seems to fall (surprise!) along party and ideological lines. If, say, I had written a post called W an idiot, I rather imagine the applauders and the outraged would have switched sides.

The one point of attack that had validity was the simple one based on the fact that I so often call other people down for name calling. I’ve made a big point of not allowing name-calling on this blog, and then here I go, calling someone an “Idiot” in a title. What gives?

I made an exception to my own rule in the case of our president going to court with the Little Sisters of the Poor because any politician, much less the president of the United States, who would do such a totally idiotic thing, is, well, behaving like a political idiot.

From the viewpoint of governance, politics, justice, proportion and common sense going forward with this lawsuit is idiotic.

We are talking about the president of the United States. This is the man who has told us that he’s “got a phone and pen” and he can pretty much govern as a reigning elected monarch from the Oval Office. Congress, (speaking of idiots) to this man is a cypher. He’s the Prez; he’s cool and he rules.

We are discussing the man who has his finger on the nuclear button. He can, with a whim, kill every single thing on this planet. He can melt the mountains down to glass, burn the forests to ash, boil the oceans dry and leave this sweet blue globe a smoking cinder.

He can order troops into any corner of the planet, send the bombers and reduce any city, any nation, any spot to rubble in a matter of hours.

And he’s decided to go mano y mano with the Little Sisters of the Poor.

I said he was an idiot for doing this. I kind of regret that. I think it was too mild.

How stupid does a politician have to be to get into a fight with a bunch of elderly nuns who don’t want to be involved in supplying contraceptives and abortifacients? He’s the most powerful man in the world and he’s maneuvered himself into a lose/lose fight with, of all people, The Little Sisters of the Poor?

Because, you see, all this power that President Obama wields, every single smidge of it, comes from we the people. We put him in power.

When the day comes that an American cannot call a president — any president — an idiot, then we’re in big trouble. That’s what we do in this country, and it’s a fine thing. President Obama may be able to melt the mountains down to glass and legislate with his mighty pen. But he’s still a sitting duck for we the people and our right to whittle him down to normal-sized anytime we chose.

I’m old enough to remember thousands of people marching in the streets chanting Hey, Hey LBJ, How Many Kids Did You Kill Today?

And President Clinton, who was Slick Willy.

I’m not old enough to remember Franklin Roosevelt, who was a “traitor to his class,” Thomas Jefferson who was a “destroyer of civil liberties,” or Andrew Jackson who was a “whoremonger.”

I don’t like name-calling, and I do not usually allow it on this blog. But, I would defend without reservation the right of any American to call their president one of these names and a whole lot worse.

President Obama is the Prez. Being called an idiot isn’t specifically named in the Constitution as part of his job description, but the set-up for it is right there at the top of the list in the Bill of Rights. First rattle out of the box, we were given the right to have our say, petition our government, engage in free assembly and (enter the Little Sisters of the Poor, stage left) freely exercise our religious beliefs without government interference.

I was in Taiwan a few years ago with a group of Americans and a high-ranking Taiwanese guide. The Taiwanese man shepherded groups of people from many nations through Taiwan on official visits. Our little group was hard to keep corralled. We kept going off on our own in different directions. At one point, when our guide was particularly exasperated because of this, I said, “I suppose this happens with every group.”

That’s us. That’s us right down to the ground. We’re so accustomed to doing whatever we want, going wherever we please, saying whatever we think that we stand out among groups from many nations in this regard.

I hope and pray that never changes.

December 12, 2014
Why are You So Afraid of Subjective Reasoning?
Next Post

Simcha Fisher reports on a bizarre...
Catholic and Enjoying It!
Related posts from Public Catholic 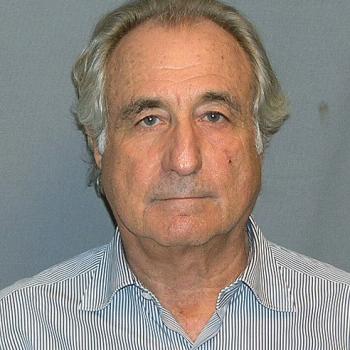 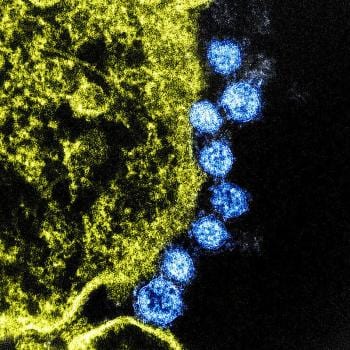 If We Wrong a Brother or Sister, and...
Matthew 5:17-37, the Gospel Reading at Mass on the Sixth Sunday...
view all Catholic blogs
What Are Your Thoughts?leave a comment

42 responses to “President Obama is an Idiot 2”